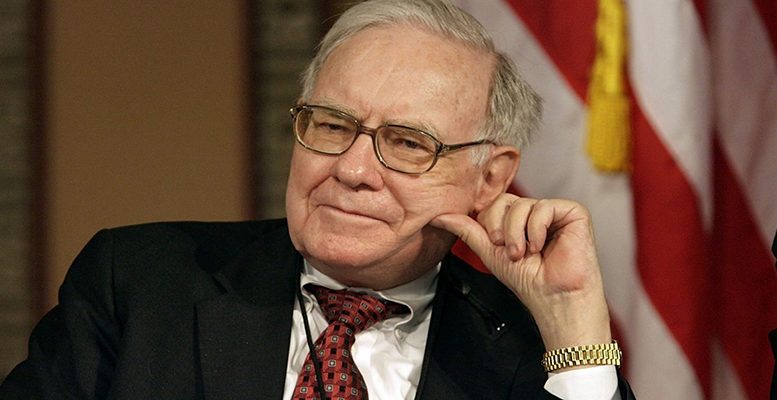 Who better than the Oracle of Omaha, the Pope of Wall Street, Warren Buffett, can we count on to guide the faithful in the dogmas they need to believe about the economy? The financial website Insider Monkey offers us an update on the credo of Buffett’s religion: “Warren Buffett is a true believer in America. He trusts that productive assets in the country are just going to increase their value. He reassured CNBC’s famous reporter, Becky Quick, that her children are going to have a better life, and her grandchildren even better, firmly believing in the constant progress of the US.”

The increase in value of existing assets, always judged to be positive, even when everything that contributes to that change produces negative consequences in the surrounding environment.

At a moment in history when 78% of Americans are living from paycheck to paycheck, Buffett intends to reassure the US public that all is for the best in this best of all possible worlds. Voltaire would tend to disagree, of course, but the French philosopher never played the stock market to become a multi-billionaire, which significantly reduces his impact on the readers of today’s financial press.

Buffett’s optimism concerns the performance of the economy, which he measures in stock prices. This may not be quite as reassuring to the 78% as it would be to the 22% who may, to varying degrees, have some cash to invest in the stock market. But he appears to have noticed that even when all the benefits of increased productivity go to the richest companies and the wealthiest 1%, the realization of that glaring inequity — which traditionally provoked scandals in the media and demonstrations and riots for the general public — now only incites people to wait for the next election to vote for a populist leader. That does no harm to the stock market, though it does make for messy politics.

Convinced that the only significant game in town is the growth of “productive assets in the country,” which he takes as a definition of America, Buffett doesn’t bother to specify the nature of the assets he refers to. Does he mean stocks listed on American stock exchanges, some of which may be foreign, or American companies listed on any stock exchange in the world? By productive assets, does he mean capital assets or virtual assets (shares) that produce a profit for shareholders, irrespective of the economic activity they represent? In other words, by “productive” is he thinking of the capacity to manufacture or put goods into a marketplace, or does he simply mean that the combined assets visible on the stock market, whatever their nature, will grow in value?

For Buffett, it doesn’t really matter, since there is an obvious link between both types of asset from an investor’s point of view. But from a national point of view, in terms of the balance of trade and employment, the difference can be significant. Buffett’s specialty and unique focus is investing, not manufacturing, jobs or industrial trends. In other words, it’s just about profit. As the defender of the faith, he wants everyone to believe that so long as enterprises are profitable, jobs will be created and national honor for the United States preserved.

And like every good preacher, he assures Becky Quick that her children and grandchildren “will have a better life” if they believe in his vision of America. He can confidently do so because he knows Quick isn’t part of the 78% who live from paycheck to paycheck and probably, as a media celebrity with a husband in a high-paying job, is among the 1% who can put their money up to match their depth of their faith. Even a debutant oracle could come up with that prediction, though the world of even Quick’s grandchildren, a few decades on, may not be quite as stable as the comfortable universe Buffett has been used to.

Warren Buffett knows that he is a product of the 20th century who has survived into the 21st. His thought, his values, his vision of both the economy and geopolitics reflect the culture he was brought up in — the culture of the first half of the 20th century, when the US was just discovering the dominant role it would end up playing in global politics. The respect and admiration that people and especially the media have today for the wisdom of the Oracle of Omaha — the Midwest’s quintessential faux small town with a big name — derives from the nostalgia they feel for the glory days of the rising economy and growth in political prestige of the US during and after World War II.

The media, including the financial media,  should be very aware that the world is changing in radical ways, because its economic and political culture has already changed. The kind of nostalgia that Buffett projects tells us that the change we notice — conflict with traditional allies, the inexorable rise of China, ever increasing income inequality, to name only those — is superficial, a turbulence on the water’s surface, while down below the river flows powerfully along its accustomed course. This contrasts with President Donald Trump’s nostalgia, which aims at restoring what is perceived as lost through an act of deliberate will and the manipulation of power. Explaining his negotiating tactics, Buffett “bluntly says what he plans to do and he ends up doing just that,” a further contrast with Trump who constantly plays on bravado, threats, deception and bluff.

Was the 20th century the era of rule of law, honest even if aggressive diplomacy, Buffett’s style of planning and “doing just that,” while the 21st century has become the era of deception, bluff, data manipulation and hyperreality? Has the emerging dominance of big data, pervasive surveillance and the impenetrable algorithms of artificial intelligence reduced human discourse to such a level of trivial meaningless that politicians, business leaders and stock market oracles now have the right, to express any thought that drifts across their calculating mind and expect people to believe it?