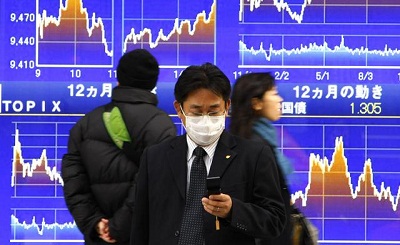 By Luis Arroyo, in Madrid | Peeking into Japanese modern economic history is a must for most Europeans, since we are plunging into the same mud waters that country has gone through for twenty years. Japan seems to have succeeded in leaving the 1990 crisis behind, a crunch not altogether different from our predicament. On the positive side, there is the fact that now we know it could have returned to growth much quicker with a more aggressive monetary policy. On the negative side, though, a question arises: how long it will take for us to go back to enjoy a healthy economy?

Japan suffered an awful financial meltdown after a bubble burst and asset values dropped dramatically, and for far too long due to careless passivity of the central bank. This passivity is reflected by the relative zero inflation and prices being at the same level than tow decades ago. As a consequence, debt deleverage has been extremely slow, as you see here.

Private sector debt reached its peak in 1997. Then, it went down bit by bit. Nowadays, it is in a sustainable range, as it shows in that consumption and investment are strong and productivity increases.

The parallelisms are many and obvious, and the differences are, too. We have a debt crisis but no central bank, because the European Central Bank doesn't want to fulfil a central bank's ordinary functions. Neither the Bank of Japan did.  The conclusion is a sad one: we have many years of economic distress ahead. Or something worse, as European are less civilised than the Japanese and are beginning to rebel against their institutions. Instead, they have stood by their country, with firm confidence, buying themselves the State's vast amount of debt. That's solidarity, of which we can hardly even talk among ourselves.