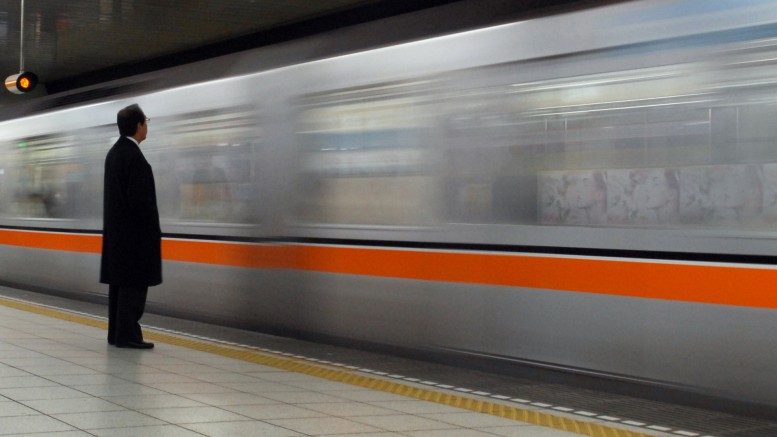 It is much more reliable to note that employment has been increasing and inflation is on the rise too.

Moreover, as says Peter Tasker, the mix of external reflation- internal devaluation is having a very powerful effect on the country’s balance sheet:

“In recent years corporate Japan has held down investment in new facilities while boosting profit margins. Companies have also generated cumulative free cash flow equivalent to more than 60 per cent of gross domestic product — the other side of the ledger to the much discussed stock of government debt. With stalwarts in old economy sectors such as steel and shipbuilding now claiming to be the low-cost producers in the region, conditions are ripe for a multiyear capital investment boom driven by reshoring of production and, ultimately, labour shortages.

For a country not in crisis to experience a currency decline of such a scale is rare. In today’s world of low inflation it constitutes a pure gain in competitiveness. What we are witnessing is the mirror image of the 1990s Asian crisis, when countries with heavy dollar-denominated external debts were driven to the brink of bankruptcy by currency declines. Japan, in contrast, is experiencing a substantial strengthening of its solvency — thanks to the stock of net overseas financial assets, which make it the world’s largest creditor.

Add the change in the yen value of this treasure chest to a rise in the capitalisation of the Tokyo stock market and an increase in the value of urban real estate and you have a massive invisible strengthening of Japan’s balance sheet — not by reducing debt, but by boosting “equity.” If assets were at elevated levels this dynamic might be dangerous. But real estate and stock prices are barely higher today than 28 years ago.”

Dollar-denominated Japanese external assets are being revalued, while public debt, mostly owned by the Japanese, is shrinking thanks to inflation. And inflation is encouraging companies to spend the huge cash accumulated during the deflation years. A recapitalization that can only lead to a stronger demand and growth.

Be the first to comment on "Japanese economy: short-term gain, long term pain?"