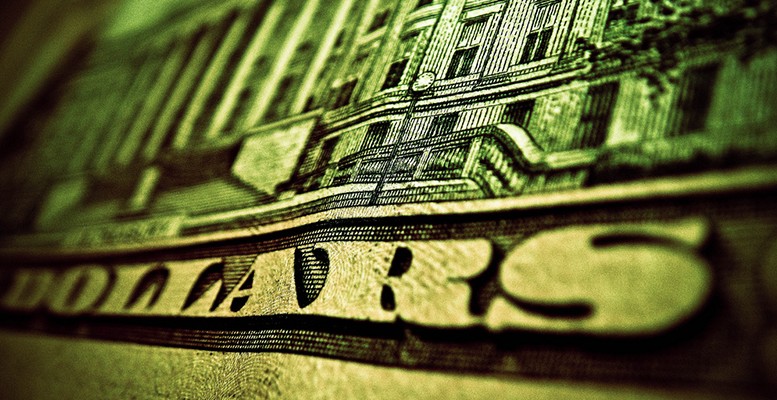 From July 2014 to date, the dollar has risen by 17%. Of course most of this appreciation occurred in the first twelve months of that period. In fact, since September, the dollar is more or less stable. That is what the USDX, or the so-called ‘Dollar Index’ tells us. Since 1973, this index has been marking that currency’s trend versus a basket of currencies currently including the euro (57.6% of total weighting), the yen (13.6%), sterling (11.9%), the Canadian dollar (9.1%), the Swedish krona (4.2%) and the Swiss franc (4.1%).

The dollar’s rise is one of the reasons why the U.S. economy registered paltry growth of only 2% y-o-y in the third quarter. What about those times in the late nineties when the U.S. was able to grow 4% with a dollar close to 200 ‘pesetas’? If the U.S. could easily grow by 3.5% before the sub-prime mortgage crisis, the Fed is now handling a range between 2% and 2.5%. It is not an isolated case. An economist from one of the largest hedge funds in the world, who prefers to remain anonymous, says: “once the U.S. stops benefiting from the ‘rebound effect’ of exiting the crisis and oil prices stop falling, it will experience annual growth of 1.5%.”

But the fact that the U.S. is actually coping with respectable growth, a strong dollar and the falling demand from emerging markets is something that many people ignore. The U.S. continues to be so big that it remains largely isolated from the rest of the world. Exports account for 13.6% of its GDP, while imports of goods and services exceed 17%.  In the eurozone economy, for instance, exports represent 24.6% of GDP and imports account for 22.2%. But, despite the fact that the U.S. has the incredible advantage that all international commodities are denominated in dollars, it is not totally immune to fluctuations in its currency.

In fact, the market predicts that the combined effect of the strong dollar and China’s slowdown will trim one midpoint off growth in 2016, putting it at around 2.3%. This forecast is based on three factors. Firstly, it is due to the additional appreciation of the Dollar Index of between 5% and 7%. Secondly, it is based on the fact that the Chinese economy is not going to grow by more than 6.5% and will probably end up growing 6% next year. This will particularly affect exports of capital goods. And thirdly, the ECB and its friends from Japan and China will have to continue relaxing monetary policy.

The market thinks that the strong dollar is here to stay. Nobody forecasts a positive change in the world economy in 2016. Nor even in oil prices, which can be key for the dollar price. For the time being, nobody thinks that oil will break the trading range of between 45 and 55 dollars in 2016.

So the strong dollar is becoming a factor that US policymakers must consider. For the time being, if the Federal Reserve implements a rate hike in December, it can ensure that monetary policy will not be touched again throughout 2016. No wonder that the most widespread opinion in Wall Street is that if the Fed hikes rates, it is going to be about credibility…or a lack of it.

The Fed has promised rate hikes so many times, and it has been wrong so many times,  that will have no alternative but to hike rates in December. Even if it is only to transmit a sign of authority. And then let 2016 go by.