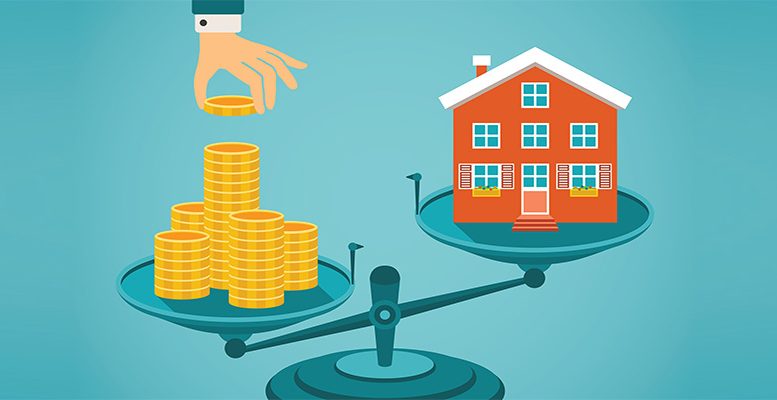 Leveraging is on the rise again in the US. As we can see in the graphic, total households’ liabilities, after falling back slightly during the crisis, have taken off again.

Apparently this is not a cause for concern, because households have always had a positive balance between financial and real assets and debts. That said, in 2008, they made the mistake of comparing debts by their contract value with assets by their market price. And this, thanks to the bubble, exaggerated the value of the asset. When the bubble burst and this value was deflated, many households found themselves with a negative assets’ situation, not able to pay their mortgages.

In the following graphic, we can see where most of this sector’s assets are materialised:

In the first place, physical assets, mainly houses, where most households invest (red line). Then what is interesting is how much the purchase of equities has increased (blue line), while bonds (green line) have remained stable around 4 billion dollars.

In other words, we have around 15 billion dollars in liabilities, and 4 billion in bonds, 16 billion in shares and some 27 billion in property assets. Obviously these more than cover the debt and the other part of the asset.

The analysis which was carried out prior to the crisis, made the mistake of taking the market price of assets as solid. Or, in other words, any fall in the price would not cause any solvency problems. A mistake which we all made, myself included, because the difference between asset and liability was abysmal. Now, for example, the asset would have to fall from 47 billion dollars to 20 billion to spark concerns about loans not being paid. But this was shown to be completely erroneous: the fall of “real estate” from 24 billion dollars to 18 billion was enough to trigger a Big Recession.

We have to add to that how much the stock market dropped, from 10 billion dollars to 5 billion, and we now had assets losing some 11 billion and the final balance was not so positive. The decline in other assets which were not represented, like investment and pension funds, made up for the rest. When everything is falling there is no other possible refuge than cash.

Now imagine all this being connected to the banks and the rest of the world, to get a glimpse of what happened. The credit markets collapsed, to the point where international trade dropped to zero. Could this happen again? Well obviously, and what should give the most cause for concern is the level of leveraging. This is is what creates the fabric which links the luck of some sectors with others, so that if one falls, it’s very difficult for the creditor not to fall. And the creditor is in debt to another, who also….

They say the banks are more and better regulated, with a more important level of capital coverage. But the problem is the systemic risk. The risk of one institution affecting another when everything is in a downward spiral. Cautious macro regulation – essentially monitoring credit – has been too timid. It’s clear that the prices of physical and financial assets are growing a lot, while debts are increasing strongly. As experience shows, it’s difficult for everything to get back to normal systematically.