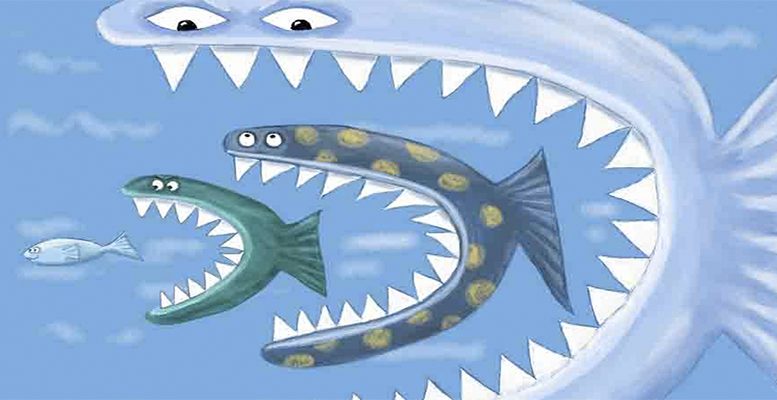 Edmond de Rothschild | Market resilience and current valuations contrast with the collapse of 2008. This trend is explained by a number of supporting factors, including the significant presence of investment funds.

As Warren Buffet likes to say, “You never know who’s swimming naked until the tide goes out.” The exogenous shocks generated by the crises shed a harsh light on the real state of the market, and the excessive risks taken by investors are evident. The sub-prime mortgage and sovereign debt crises were good examples of this phenomenon. But while the financial shock of 2008 had an immediate impact on mergers and acquisitions and led to a collapse in valuations, what can we say about the effects of the coronavirus crisis?

Firstly, we should point out that there was a boom period in mergers and acquisitions before the lockdown, both in terms of volumes and average valuations. The Argos Index that tracks valuation multiples for private businesses broke the 10 times EBITDA threshold at end-2019, compared to an 8 times multiple five years earlier. Although the market was significantly affected by the months of general confinement, the subsequent months have been quite encouraging, unlike the situation experienced in 2008. How can we explain that?

The M&A market today is driven by investment funds, which account for more than half of all transactions. In France, for example, they raised 21 billion euros in 2019, compared to 17 billion euros in 2017. These funds value companies better than industrial firms, whose compensation is a lower expected return. In 10 years, the returns of venture capital/investment funds have fallen from 25% to 17%-20%.

In addition, and unlike 2008, commercial banks have healthy balance sheets. After a period of government-backed lending, the financial institutions have returned to more normal activity. The disintermediation of debt as a factor supporting M&A activity should also be highlighted. Debt funds are becoming a real alternative to bank loans. They collect money from institutional investors to lend to companies and investment funds. These funds have doubled the amount of money raised to 4 billion euros between 2017 and 2019.

It should also be noted that the investment trend is to look for lower risk investments, which happens in all financial crises. This flight to quality is leading to a shortage effect and is driving up valuations. In the first half of 2020, more than 15% of operations were made in multiples of more than 15% of EBITDA.

While healthcare, energy, education and technology are showing strong valuations, the aerospace, transportation and hospitality sectors are suffering. At the same time, this creates consolidation opportunities.

The advantages of consolidation

The vulnerability of some companies is pushing them to join forces with stronger companies, and even to accelerate their external growth with the support of financial partners. These consolidation platforms are particularly popular in industries which are still highly fragmented. Investment funds are trying to replicate the example of the health services sector, where there have been numerous connections between medical testing laboratories, private clinics and retirement homes in recent years.

Finally, the market for mergers and acquisitions has become more professionalised and sophisticated. This is the result of the increase in the number of transactions brokered by financial advisors. This intermediation has led to the generalisation of best practices, which is beneficial for the transparency of operations and the quality of information. For example, reporting an adjusted EBITDA figure corrects the accounting multiple of any element considered non-recurrent. The use of EBITDA©, as adjusted, normalised, annualised and pro forma EBITDA, allows calculations to be based on a year that excludes the impact of coronavirus, due to its exceptional nature. Now widely accepted by the financial community, this practice brings buyers and sellers closer together.

Therefore, the market situation is favourable, with attractive valuations for resilient and defensive assets that meet current investor criteria. While prudence is still needed in 2021, which already seems like a crucial year, the governments’ historic stimulus packages and central bank action also give us reason to remain optimistic.