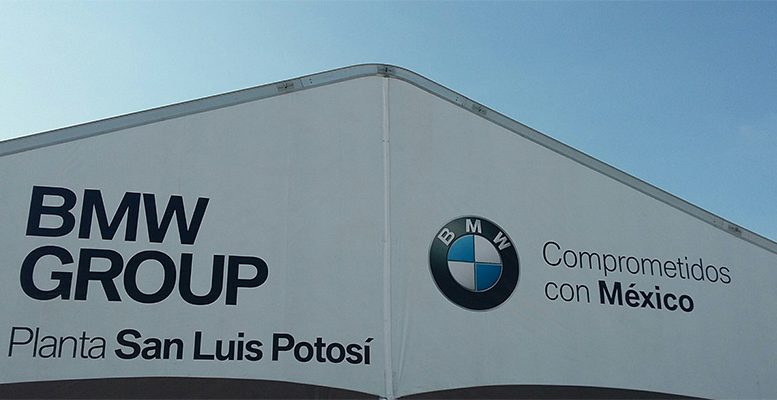 The White House National Trade Council director, professor Peter Navarro, has said he is in favour of creating a powerhouse between the US, Canada and Mexico based on – presumably amongst other things – revising the original NAFTA regulations and increase the percentage reserved in favour of the member countries’ industry. That said, Mexico is already an automotive powerhouse in its own right: it is fourth in the rankings of automobile exporters, coming immediately after the top three players, Germany, Japan and the US (data from 2015, International Trade Centre; Spain is in ninth place, with slightly lower figures than the UK).

For those who think of Mexico as no more than an exporter of quality tourism services, or magnificent handicrafts, this information is perhaps suprising. The 2015 data showed that almost 3,5 million vehicles were manufactured, compared with 17,4 million in the US. Mexico accounts for 21% of the production capacity of the NAFTA countries, selling between 70% and 80% of its own production to its partners. More than half are exported by the three big US brands based in the country.

Mexico has made a significant effort: it has five public-private research centres focusing on the automobile sector. Nuevo León, and other states in the North, have notably improved their standard of living thanks to the automobile industry’s development.

The US automobile industry undoubtedly worked out the costs with regard to what a free trade agreement would mean. It was worth considering the possibility of transferring to Mexico those parts of the manufacturing process which required greater labour force, designing a strategy consisting of a permanent shuttle between the manufacturing centres in both countries.

For the big automobile manufacturers, a good agreement could allow them to cut the costs of the product which most identifies with the North American way of life.

Taking as an example a small/medium-sized vehicle, a very general grouping together of the different cost elements would allow for the following comparison with the US (very much estimated average figures):

– Transport to the US market: USD 900 more from Mexico.

– Import duties in the US: Nil.

So in short, NAFTA can generate savings of USD 2.100 by transferring the assembly and manufacturing of certain components to Mexico. That said, sending on the vehicle later to the north trims this advantage by USD 900 to USD 1.200 (this last figure is a particularly imprecise average, given that the destination distances in the US can vary a lot). In any event, for a vehicle which sells for between US 15-1800o, the skilfull management of investment and costs opens the door to some very interesting competitive possibilities.

The example is even more significant if we imagine that the vehicle’s destination were some European market. The same vehicle sent from the US would be liable to an import duty on its arrival in Europe, while if it came from Mexico it would benefit from the free trade agreement with the EU. The advantages in terms of assembly and components are the same, although the transport from a Mexican port would be more expensive – and estimated USD 300 more – than from a US port. But in this case, the decisive differential element is the customs treatment in the EU. The price of the vehicle sent from the US would be subject to an import duty which, in all likelihood, would price it out of the market (Report from the Centre for Automotive Research, Ann Arbor, July 2016).

All the big global automotive manufacturers are installed in Mexico. The country doesn’t offer a pre-determined programme of subsidies to attract investors to the sector, certainly not as far as tax incentives go. In general, the federal government designates a civil servant to collaborate with the investor in his search for the appropriate land and clarify any possible administrative difficulties with the offices and agencies of the federal government itself and the state which is finally chosen. This help is key, because the administrative processes and the local tax systems in Mexico can cause delays or produce unexpected surprises.

Separately, there are important indirect public advantages which an investor can benefit from. For example, in the area of professional training or the supply of some infrastructure needed for an industrial complex. The authorities’ support is casuistic and the political-social evaluation of a project can result in generous incentives. For example, a hefty state loan to Fiat-Chrysler meant that the official incentives were no less than USD 0,73/USD. In the case of the BMW plant in San Luis Potosí, the incentive was a no less negligible 0,24/USD.

The price advantage – as in the previous example – is also key, even though the final assembly is carried out in a US plant. It’s naturally expected that the deliveries from the supplier installed in Mexico, hundreds or thousands kilometres away, will be competitive both in terms of price and quality. And that there will be strict compliance with the just-in-time policy which the main manufacturer implements. The latest data I have been able to consult indicates that exports of Mexican components to the US totalled almost USD 40 billion, while imports from the US destined for the assembly process in Mexican plants reached a little over USD 18 billion.