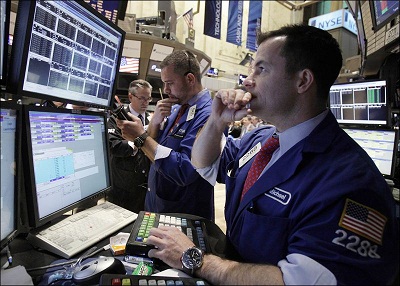 NEW YORK | The US are anxious over Greece. Wall Street fell on Wednesday and the Dow Jones Industrial Average suffered its biggest one-day decline this year. Treasury 10-year note yields traded below 2 percent as European leaders work on an eventual €130 billion financial bailout for Athens at their next meeting on February 20. Investors did not hide their worries:

“As much as we’d like to ignore Greece and Europe all together, we just can’t,” said Kim Caughey Forrest, senior equity analyst at Fort Pitt Capital to CNN. “Greece just ends up creating more problems for itself by announcing a deal without finalizing it,” he said.

“I don’t think we’re anywhere near the end of the crisis in Europe,” Howard Ward, who helps oversee $36 billion at Mario Gabelli’s Gamco Investors Inc. in New York, declared to Bloomberg.

Is Greece being asked too much? Some analysts like Richard Quest believe that some European countries are trying to push Greece out of the 17-country currency union. For Quest, Greece might be experiencing a similar humiliation than Germany did in 1919, with the treaty of Versailles.

“If Greece sinks into riot and rebellion, will we look back on this time as being an error in history because, even for understandable reasons, the Europeans pushed too hard?,” he writes in his blog for CNN.

Senior editor at The Atlantic magazine Derek Thomson feels that Greece could be compared to Argentina before its default in 2001. But the most heartbreaking aspect, he points out, is having those million young unemployed on the streets.

As for US reaction, some believe that America should show more leadership.

“Policy passivity risks exacerbating the European crisis and its macroeconomic effects. [US] must be bolder and more public in setting conditions on Europe’s loan programs. Then, if Europe finally responds convincingly, the United States should rally the rest of the world in a supporting role,” writes former director of the division of international finance at the Federal Reserve Board Edwin M. Truman, for The New York Times.

Forbes magazine contributor Rebeca Patterson looks on the bright side.

“While events in Europe matter a lot, they must be viewed in a global context. The better tone in U.S. economic data, and continued signs that China’s economy is experiencing a “soft” rather than “hard” landing, at the margin provide an important cushion for Europe (…) Portfolios must have European risk in mind, but also do not need to be overly conservative.”

Be the first to comment on "US apprehension over Greece"