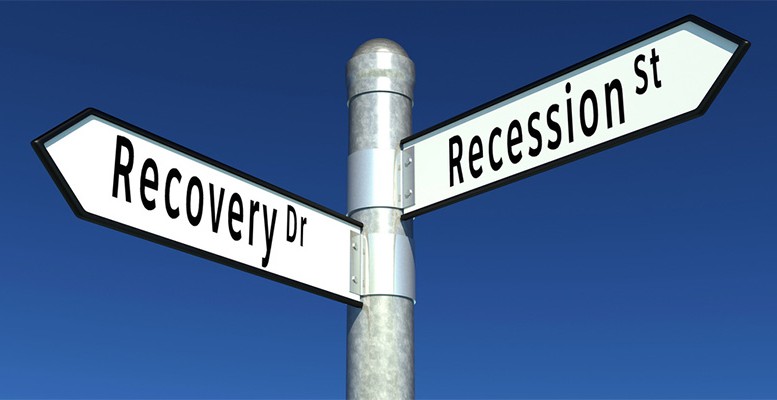 The economic world is deeply divided over whether or not we are facing a new recession. And some people are putting forward sufficiently solid arguments which easily eliminate any doubts on the subject.

Although there are indicators which support a certain risk of recession, based on China and the emerging economies, it’s never been a secret that the economic fundamentals of the developed countries are nonetheless solid. And no excesses have been commited in the economy (neither overheating nor leveraging ) which appear to need imminent correction.

Looking through the minutes of the central banks on both sides of the Atlantic, the tone of both the Fed and the ECB is one of prudence and caution. According to the minutes of its last meeting, the Federal Reserve is considering modifying the road map as far as the normalisation of monetary policy is concerned, adapting it to the new context of weak growth, high volatility and uncertainty. But it will still be linked to the trend in both employment and inflation.

The minutes from the ECB’s January meeting reveal that all the Council members are unanimous about continuing with its monetary policy, as well about the worsening of the current situation amid greater uncertainty. They are also determined to use all the instruments at their disposal to fulfill their mandate. The ECB has seen greater risks in the economy since December 2015 and a decline in inflation expectations; so at its March 10th meeting it could announce new monetary stimulus measures along with a revision to its macroeconomic forecasts.

In its report ahead of the G-20 meeting, the IMF highlighted that global economic activity has slowed “unexpectedly” from the end of 2015, growing weaker at the start of 2016 due to the performance of the world markets. With regard to the financial markets’ volatility, the Washington-based institution said that global aversion to risk has “increased.”

From there on, it’s all about forecasts. For example, the signs of a slowdown in the euro area reflected in the CESI (Citigroup Economic Surprise Indices), which has fallen sharply to its lowest level since the the latter part of 2014.

While it’s clear that the majority of the economic indicators published recently have surprised on the downside, it’s becoming more and more difficult to determine whether the economic forecasts are dragging down the markets or whether the markets are influencing the “soul” of the western economies.

Data from the first quarter shows that growth will be similar to that registered up to now, and this is confirmed in the OECD’s latest economic outlook report. It has revised its global growth estimates for both 2016 (3.0% vs previous 3.3%) and 2017 (3.3% vs previous 3.6%). These are not forecasts to get excited about, but they show that growth is still there and it will continue to be supported by suitably adapted monetary and fiscal policy

Although there is data to support the doubts existing in both the US and Europe, it’s also true that there are solid economic fundamentals which defend the thesis that a recession doesn’t seem to be imminent.

In this respect, we can highlight aspects of the monetary policies of central banks like the ECB, even though they are less and less effective; low crude prices; job creation; household consumption and families’ financial situation; and the timid recovery of the emerging markets’ currencies after bottoming out.

We need to add to all this the possibility of a more expansive fiscal policy which would help to break the vicious circle created between the real economy and the financial economy. A more active fiscal policy would allow for a reduction in the need for recourse to monetary policy, increasing expectations for interest rate hikes. As a result, the outlook for the banks would improve and, paradoxically, monetary policy would be transmitted more effectively.