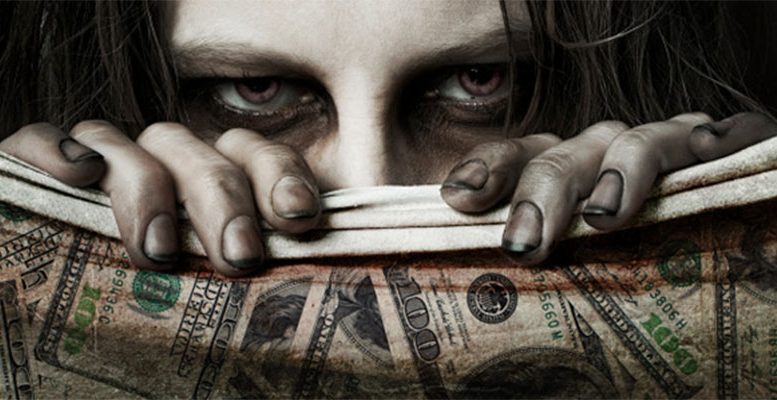 The financial world can also become the best scenario for a real thriller. While movies use cemeteries and psychiatric hospitals to cause panic, finances can make markets shake with low interest rates, the volume of global debt and the size of the Eurozone’s banking industry.

Investors not only fear Halloween. They also fear the ECB as their zero benchmark rates make it difficult for banks to generate profits. The IMF recently warned of a new record in global debt. Furthermore, the weight of banking sector in the European economy is still a concern. One only needs to take a look at some graphs to feel really scared. The size of the Eurozone’s banking industry is terrifying as its assets volume is three times that of the sector in the US: $ 33.2 trillion against 13.4 trillion. Another scary figure is that credit volume in Europe accounts for 170% of GDP, while in US it is just 45%. The reason for such an imbalance is the source of corporate financing, which is mostly provided by banks in the EZ compared with the securities markets on the other side of the Altlantic. Negative rates have become usual over the last year. Mid-September, 34% of developed markets’ sovereign bonds were trading in negative territory. It is true this figure compares to 40% at end-June, but it still twice the level at end-2015. For example, the banks have already paid 2.8 billion euros to the European Central Bank (ECB) related to negative rates tax. But there may be a light at the end of the tunnel  because long-term public debt in the last three weeks has recovered, with the German bund returning to positive territory. The IMF’s latest estimates on global debt point to more than $150 billion, which represents approximately 250% of global GDP. This debt level is more than twice the size of the global economy and unprecedented as a proportion of GDP. There is a lot to be frightened about.