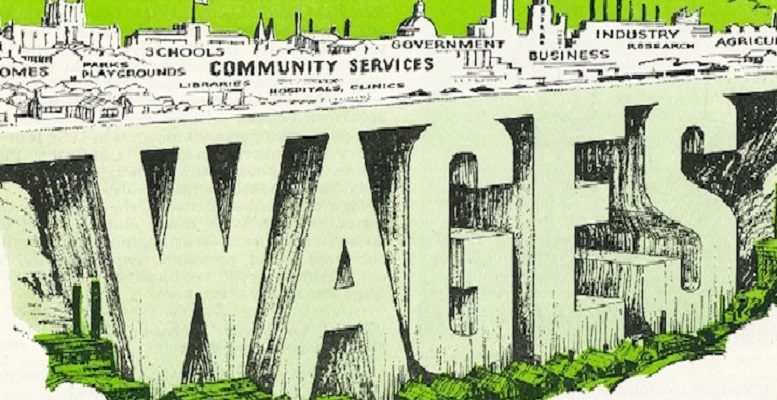 Time to talk about salaries

The recession has produced one clear victim and it’s called salaries. Starting with those lost by the jobless and by those who have used up all their unemployment benefit. But this tragic situation needs to be extended to the those workers on lower salaries, or with less qualified jobs available to everyone. Despite having kept their posts – although with reduced hours – they have seen their purchasing power diminished.

Average salaries have also suffered from the impact of the crisis. Readjusting this whole mess, for which there are reasonable enough reasons and worrying consequences, will neither be simple nor quick. A first necessary condition, although it’s not enough, is sustained growth. But there are alternative ways to distribute this growth and wages. There are those who maintain, with solid academic arguments, that salaries will adjust due to the supply and demand effect. Furthermore, while unemployment rates are as high as the current ones in Spain, forced improvements in salaries will not be consistent and will conspire against unemployment reduction. They add that emerging from the recession in macro and global terms doesn’t mean that downstream, companies have recovered sufficient levels of profits to be able to face an increase in costs and take on new investments which contribute to productivity.

There also those, however, who maintain that along with those salaries which are possible because of the supply and demand effect in the more developed, sophisticated economies (including Spain), we should keep in mind the concept of “efficiency wages” about which the current Fed chair has produced an academic paper.

This concept is easier to explain than to implement. Does introducing efficiency fit in with the application of a minimum wage? This is a matter which economists debate a lot about. The argument that it conspires against employment has lost consistency: in countries where this has been introduced no increase in unemployment has been recorded. Now the question is how to speed up the recovery in wages over and above what is produced by supply and demand. The president of the Spanish Confederation of Employers’ Organizations (CEOE) maintains that sectorial and territorial agreements, for reasons of general interest, provide a practical strategy for improving the lowest salaries, of those workers who have lost more purchasing power.

The Big Recession has not affected all social groups to the same extent: there are those who are more obvious losers. And the effects of the recovery are also unequal. To such an extent that those worst hit by the recession don’t appear to be amongst the first to benefit from the recovery. For that reason, the argument about the “positive action” of stimuli to recover jobs and improve the lowest salaries is well founded and worthy of attention. Efficient salaries are those which overcome the social conflict and the instability which grievances produce. It’s now time to talk about salaries.