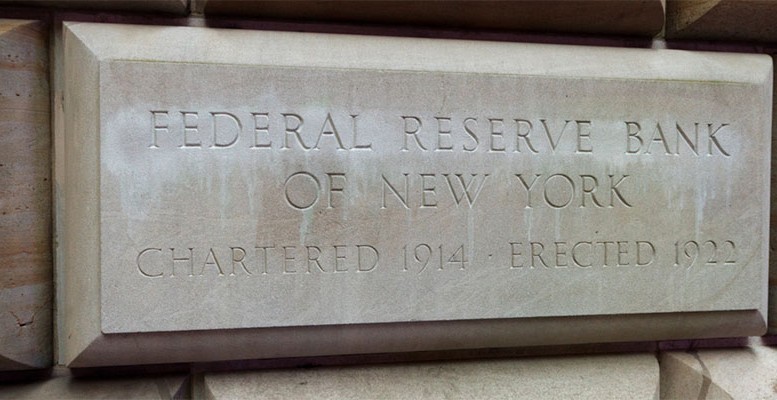 James Alexander via Historinhas | As the FOMC increasingly avers that it is data-driven the demand to have better data has led to greater focus on aggregated current data. Whether the FOMC really looks at it, given it is ignoring its own Labour Market Conditions Index, is hard to say.

However, we now have two “nowcasts”. Supplementing the accurate Atlanta Fed the boffins at the NY Fed have decided to introduce their own. It is hard to see exactly why they have done it except maybe out of pique. There seems to be a hint that the Atlanta Fed is a bit too short-termist, judging by the spin to journalists around its launch. GDPNow tries to forecasts the first release of GDP, the one that lacks much of the “third month” data but is still taken very seriously. It is accurate as far as it goes in my mind, taking the trend from the previous quarter and adding up-to-date figures as they are released, and inevitably has a bias towards the first two months of the quarter.

The NY Fed seem to want to forecast revised GDP numbers and also go one further and forecast both the unreleased quarter and the current quarter – i.e. they are forecasting right now both 1Q and 2Q 2016. And will continue to do so until the third and final estimate of 1Q is available. By such means they are trying to be a bit more long term in their use of trends. So they were fairly snooty about how their 1Q16 on its first showing was at 1.1% versus Atlanta’s down at 0.1%. their forecast for 2Q16 was a whopping 1.9%.

So it was a bit embarrassing this week that data led to large downgrades to just 0.8% for 1Q16 and to just 1.2% to the mysteriously optimistic 2Q16 – implying some bias towards some sort of longer term trend or mean reversion – disrupted by downbeat actual data. It would be great if they also nowcast the more important, and more reliable “nowcastable”, nominal GDP.

The Atlanta Fed model is actually more sophisticated than many realise. It sometimes seems more volatile because, as is common in the US, it nowcasts annualised QoQ growth.

Why the US focuses on QoQ growth is a bit of a mystery to the rest of the world that tries to focus on YoY growth each quarter. Annualising QoQ means multiplying the growth rate by four so that any minor error in the quarter appears much greater, 4x greater, than it really is.

Also, the Atlanta Fed nowcasts less volatile national output statistics that exclude changes in inventories (ie the final sales GDP figure) and one that excludes both changes in inventories and the impact of net exports (final sales to domestic purchasers). Final sales is nowcast to grow at 0.9% QoQ annualised for 1Q16 due to the exclusion of the big run-down in inventories which reduces the investment element of GDP. Final sales to domestic purchasers is nowcast to grow at 1.6% as it excludes both the inventory run down and the trade deficit.

It will be fun to watch this “battle of the nowcasts” as we know well that despite promises of zero subjectivity the underlying models of the Fed use a Philips Curve approach that sees rapid inflation at current levels of unemployment, despite tight money.