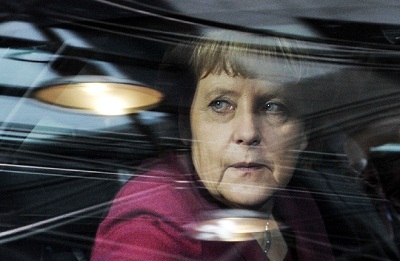 NEW YORK | A big amount of pain in the Spanish economy could have been avoided. But the Germany authorities chose not to. This is pretty much the line of thought that The New York Times has been sharing with its public for months. So far, the excessive “German-led mismanagement of the euro-zone crisis” has been the focus of as many op-eds as the war in Afghanistan or the US healthcare controversy.

“Austerity, the one-size-fits-all cure prescribed by Ms. Merkel, is not working anywhere. After weeks of misleading calm, and despite huge injections of liquidity by the European Central Bank, countries are slipping back into recession, unemployment is climbing and deficit forecasts are worsening. Bond markets are especially jittery about Spain and Italy, two of Europe’s largest economies,” the newspaper stated on Friday.

As the Spanish authorities have explained to boredom, Spain has one of Europe’s lowest public-sector debt. It needs to work off the private debt that swelled deficits to unsustainable levels.

The Times is not alone in its way of thinking. Well-reputated liberal economists, Krugman and Stieglitz, have all recalled that attempting to bring deficit down too quickly is a mistake.

The journal backs Mr Rajoy’s strategy when he asked European finance ministers for a more realistic 2012 target of 5.8 percent of G.D.P. instead of the previously agreed 4.4 percent.

“[The] damaging cuts could have been less severe if the European Union had heeded Mr. Rajoy’s plea for greater short-term budgetary flexibility. They could be avoided if Ms. Merkel and her misguided partners would finally recognize that restoring the competitiveness of Europe’s economically weakened south requires more investment in reform and growth and less obsessive targeting of short-term deficit arithmetic.“