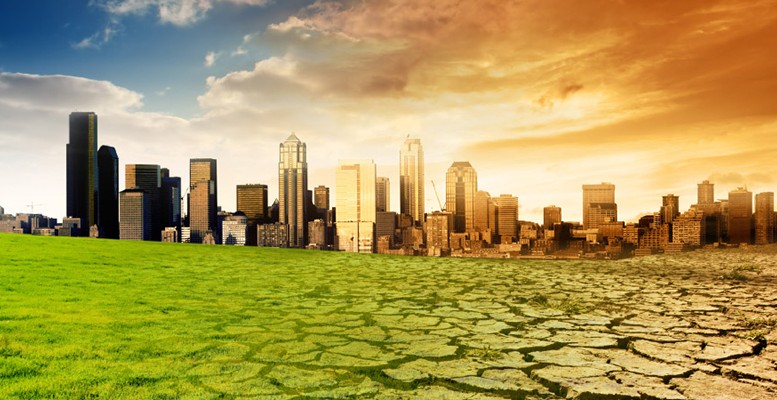 By Ana López-Varela |It’s not just about leaving a better world behind us. And although celebrities like Leonardo DiCaprio or Katy Perry have become associated with it, neither is it the typical campaign which attracts followers on its social networks. Nor is it even a question of faith, despite Pope Francis and his second encyclical Laudato Si, about care for our common home. The Paris climate change summit (COP21) felt like the last opportunity to curb the threat of climate change and what was at stake, and remains so, is the world economy.

We are talking about millions of losses in agriculture and livestock; about higher production costs in any industrial activity which uses natural resources; an increase in electricity tariffs; huge migratory movements, extreme meteorological phenomena and their consequences…One example is how global warming would affect tourism or what basically supports 15% of Spanish GDP. Experts warn that in 2100, the sea level on the Spanish coasts could rise to 85 cm. Enough to wash away part of the coastline and with it the industry.

Climate change has already spurred people to take action in the financial universe, such as those 500 investment funds with $3.4 trillion assets under management, which have kept their distance from fossil fuels. After the failure of the Copenhagen summit in 2009, political leaders were looking to establish a substitute for the Kioto protocol (1997) at the Paris meeting. The big difference is that only those countries responsible for 11% of emissions attended the meeting in Japan, whereas in Paris 95% were present. It is worth highlighting the presence of the two countries responsible for the highest CO2 emissions: China, which was excluded from Kioto, and the U.S. which never ratified that treaty.

But there are still huge differences between developed and emerging countries, and this has been reflected in the main points of the agreement drawn up at the COP21. The text – approved by each and everyone of the 196 parties present at the talks – is a legal framework to work with and provides the markets with an indication of the world to come.

Fixing the global target for maximum warming at 1.5C, when a minimum of 2C was seen as necessary, and an optimal scenario of 4C had been considered, does not appear to meet expectations. Particularly if the agreement does nothing to pave the the way to achieving this. Eliminating the concept of the “decarbonisation of the economy”  – a strong demand from ecological groups and green parties which the oil producing countries, led by Saudi Arabia, have diametrically opposed – and allowing CO2 emissions from crude oil or coal almost seems dishonest.

On the economic front, the text of the Paris agreement refers to the $100 billion climate fund which the developed countries will  mobilise from 2020, specifiying that this should be revised upwards before 2025. But it leaves open to speculation, for example, the reference to emerging countries’ voluntary contributions to the fund, or when it states that each country needs to reach its emissions’ peak “as soon as possible”. All of the above, in addition to eliminating the idea of achieving zero green house emissions for the period 2060-2080 or eradicating the article which made reference to the obligatory nature, only shows that there is very little willingness to solve the problem.