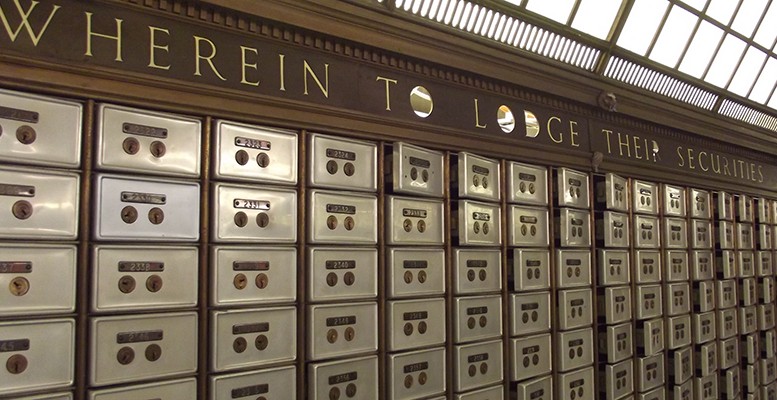 Guntram B. Wolff via Caixin | The European Commission recently presented its proposals for European bank deposit insurance. Officials hope to stabilize the banking system and decouple bank financing costs from any solvency issues affecting their host states. This would achieve the original aim of a proposed banking union by breaking the link between states and their banking systems.

But the proposals have been met with fierce resistance. It’s often been a popular assessment that taxpayers in Northern Europe would have to pay for “rotten” banks in the European Union’s South. German critics in particular have called the proposal an “attack on German savings” while pointing to high levels of public debt on the books among banks in Southern Europe. They also worry about high levels of non-performing loans.

But a sensible banking union necessarily requires a common deposit insurance system. Achieving that requires not only attention to detail but especially a clear strategy for risk sharing and risk reduction.

There are various potential models for a European deposit insurance scheme. The most fundamental differences among them regard various sizes for the national and European components of the scheme.

But the 2008 financial crisis showed that this final aspect can be problematic when states have insufficient resources. When that happens, major tensions arise in the banking system, which in turn puts burdens on the European Central Bank that push it to the limits of its mandate.

On the other hand, a deposit insurance scheme can be devised entirely at the European level. The quality of this deposit insurance would thus be totally independent of each country’s policies. However, this would create a problem with incentives, so that truly shared liability tempts policymakers to dump costs on others. States with less rigorous rules might feel only weak pressure to improve their financial systems’ regulatory frameworks.

This would be the case, for instance, with minimum loan-to-value ratios for mortgages and how foreign currency loans are treated. Through such rules, states influence banking risks. Even more relevant, though, is that banks would be exposed in a large way to sovereign debt.

The European Commission has now proposed a middle-way: a European deposit re-insurance scheme with a certain national component, and a re-insurance scheme with a European pool of funds for nations in which funds are insufficient. Such a system would indeed reduce the risk of “moral hazard” in the sense that the first loss would affect national systems. But the ties binding the banking sector to national fiscal and economic risks would only be weakened, not fully severed.

In particular, any national banking crisis would lead to significant disadvantages for all banks in that country, as all would have to face higher premiums for deposit insurance. Therefore, in the long run, this cannot be seen as a satisfactory endpoint for a true Banking Union.

One major problem with the current situation is that a single common banking supervisor is pitted against strong national responsibilities. Due to national differences, governments would understandably want to get involved in bank supervision as well. On the other hand, national governments would have a strong case to argue that liabilities for problems that were not discovered in good time by a common supervisor would not be theirs.

A coherent solution could involve creating a European deposit insurance and resolution authority, much like the United States’ Federal Deposit Insurance Corp. (FDIC). This authority would take total responsibility for insuring deposits. It could fall back on reinsurance from the European taxpayer when hard bail-in rules are not sufficient to pass on losses to private creditors. However, such a system requires that banks become fundamentally “European” and, in particular, that they hold fewer government bonds on their books.

A common upper limit on the proportion of government bonds on banks’ balance sheets is thus a vital prerequisite for a European deposit insurance system. Since this upper limit would be applied in all countries, banks would be incentivized to diversify their government bond portfolios to include bonds from governments other than the one for the country in which they are headquartered. The link between banking sectors and states lies not only in implicit and explicit liability, but primarily in the huge quantities of domestic government bonds that banks buy. Diversification would reduce that link.

Germany, which is strongly opposing a true Europeanization of deposit insurance, also has much to gain if Europe’s banking system finally achieves stability. It can only be won over, though, if this risk sharing is complemented by risk reduction. For once, the ECB would no longer have to assume indirect liability. The German and European banking systems would also become more efficient, since loans would be approved according to economic rather than political criteria.