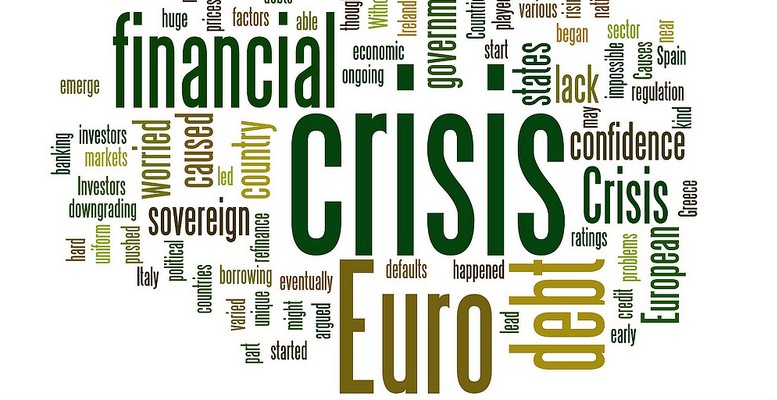 The Agora via Macropolis |  Two of the key participants in Greece’s financing programme, the European Stability Mechanism’s Klaus Regling and the head of the Eurogroup Working Group Thomas Wieser, gave interviews to two Greek Sunday newspapers in which they covered a wide range of issues relating to the latest developments in Greece.

The two eurozone officials had, as one would expect, converging views on key aspects of Greece’s bailout, most notably the ones that have recently dominated the public agenda: The participation of the IMF, relief measures for Greece’s debt and the level of ownership of the programme.

The ESM director reaffirmed the message that Greece’s place in the eurozone is not at risk as long as it implements the agreed reforms and the necessary financing continues uninterrupted.

“Greece has agreed to implement reforms which are necessary so that its partners can provide the financing needed and Greece can return to a sustainable economic situation. But ultimately the possibility is always there, if commitments as a member of monetary union are not respected”

Both eurozone officials state their expectation that the IMF will eventually participate in Greece’s latest programme. But they also stressed that the ESM’s treaty requires the Fund to take part wherever possible and that for some member states the Washington-based organisation being involved is a pre-requisite for their own support for the programme. If one country refuses to participate, this could have an impact on bailout disbursements as ESM rules require a consensus among all member states.

“I am a bit surprised about the uncertainty expressed by the Greek side because the agreement of the Heads of State and Government last July and the decision of last August’s Eurogroup very clearly mention that the IMF should be part of the program. The ESM Treaty also says that the IMF should contribute to an ESM program whenever possible. We are talking about an economic adjustment program and therefore IMF participation is possible.”

“From a couple of member-states that their parliaments will not agree on the closing of the review unless they are completely certain that the IMF will join the program, such as Finland for example. I see no possibility of closing the first review without the IMF on board”

There is consensus on the importance of placing Greece’s debt on a sustainable path. Regling highlighted that Greece needs to be attractive for investment and that an unsustainable debt burden makes the country unattractive to investors. Both outlined the need to restore some mid-term market access which can be achieved by a restoration of confidence in the country via debt sustainability and implementation that will remove uncertainties. It was made clear again that nominal debt reduction is off the table.

“There will be no nominal haircut and the Greek government understands that, I believe. We will try to soften the debt profile. We all want to make Greece attractive to investment. We know that when debt is unsustainable, investors are reluctant to go into a country.”

”One, it has been agreed. Second, it facilitates over the medium-term a return to the markets as an issuer of debt at a reasonable price. It facilitates it but is not the sine qua non.”

Regling, stated that there is a convergence with the IMF on the type of relief that is required for Greece, stressing that the presence of the ESM with the long maturities and favourable terms should adjust the traditional approach of the IMF on the stock of the debt.

“I think more recently there has been a convergence between our analysis and the IMF’s. The ESM programs have created something new. When the IMF alone steps in after a country loses market access, it is a situation where only the IMF is available as a lender of last resort. In Europe we have the ESM and we provide much more money than the IMF could do, with much better terms: longer maturities and much lower interest rates. This means that debt sustainability can be achieved even when the debt stock is very high.”

Wieser was adamant on the need to close the first review as soon as possible because Greece has a number of arrears to the private sector which it will be able to clear. He also argued that by resolving issues such as the NPL framework and recapitalising the banks, credit will start flowing back to the economy, which in turn will encourage growth.

According to the head of Eurogroup Working group, the successful conclusion of the first review will set aside any political tensions and Greece will be able to focus on its policy agenda since a large part of the policy conditionality will have been completed.

“Disbursements out of the program will put the Greek government in a position to clear these arrears and, in my view, it is one of the two things that are totally necessary for growth to resume on a robust and healthy upward trend. One is clearing the arrears and [then] credit can flow back to the economy. It’s necessary to, one, recap the banks and, two, to clear the nonperforming loans (NPLs) from bank balance sheets at a more accelerated pace that has not been possible till now.”

“It appears politically expedient to come to this agreement with the institutions well before the summer, ideally in February. This would clear the field for Athens so that it can concentrate on its own policy agenda. Negotiations with institutions and member-states generate a lot of political tension. Once the second set of prior actions has been voted in Parliament and the first review has been completed, a very significant part of the program requirements will have then be fulfilled”

Two of the key requirements for the completion of the first review are pension reforms and the creation of the new privatisation fund. On pensions, Regling pointed out that pension reforms have been difficult wherever they were implemented but that this measure will be an even taller task for Greece because the pension system is one of the most expensive in the EU as a percentage of the economy.

Privatisations, and not fire sales he said, are needed to make the economy more efficient as well as to ensure credibility provided that the fund was negotiated at top level between Merkel and Tsipras in the July summit.

”Pension reforms have been difficult in every country in Europe for obvious reasons: it means that old rights in which people believed are changed. It is going to be difficult for Greece, too, but this is an issue that has to be tackled. The Greek pension system is among the most expensive systems in the EU in terms of GDP.”

”It was negotiated at the top level at the end of the July summit and it is crucial to do it in the agreed timeframe. Otherwise, credibility will suffer. Secondly, privatizations can help the economy become more efficient. We are not talking about privatizations at any cost or about fire sales. There has been so much financing from the ESM that there is no need for fire sales.”

Neither of the eurozone officials appeared to have any concerns on programme implementation and ownership, although the ESM director said some statements from the Greek government have caused concern. Wieser commended the role of Finance Minister Euclid Tsakalotos, while Regling underlined that the programme was essentially ratified by the electorate when it was presented to them by Tsipras in September.

“Some of the statements we sometimes hear are not so encouraging. But in general I take the view that there was a second election and the program presented to the voters by Prime Minister Tsipras and his team was very clear and he got the majority for that. The mandate was very clear and 75% of the Greek people want the country to stay in the euro area. This is a big difference compared to January – February this year”

”Working [with Greek authorities] has improved a lot since the summer. [Finance Minister Euclid] Tsakalotos is a very capable representative of Greece’s policy interests and at the same time he has established good working relations with institutions and the president of the Eurogroup [Jeroen Dijsselbloem]. I’m sure this will continue.”

Why is Greece still in a programme?

When asked about the uniqueness of Greece’s case and why the country is still in a financial assistance programme, the ESM’s director highlighted the size of the task that Greece had to deal with both fiscally and in terms of current account correction. This was combined with weaknesses of the Greek administration to deliver on the huge challenge and the developments during the first of the year, which led to increased political and economic risks. Wieser suggests that Greece needs to take a good look in the mirror instead of attempting to shift the blame

“Greece had the most serious problems. When you look at the fiscal deficit, it was higher in Greece than in Ireland and Portugal. When you look at the trade and current account deficit, it was the highest compared to GDP. The loss in competitiveness was the most serious. The second reason is that the Greek administration is sometimes weaker than we thought. What needed to be fixed took longer because the implementation capacity was weaker. The third reason was, of course, what happened earlier this year”

“In all countries facing economic problems there is a tendency to put a large part of the blame on foreigners. There are varying degrees at which one can look at their own policy mistake. Such introspection is something no country is super-good at, but some are better than others.”