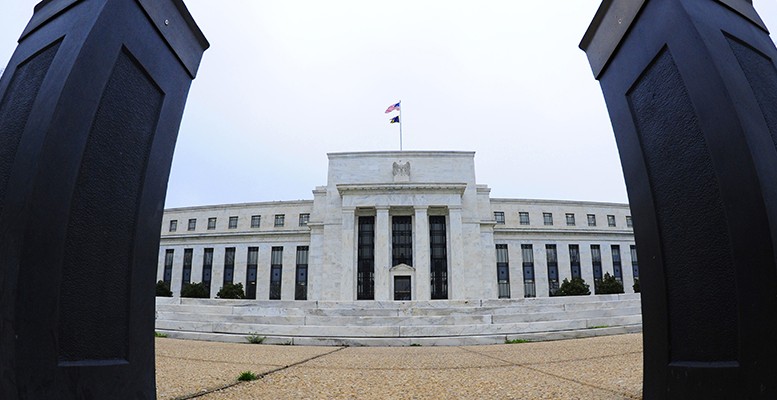 Analysts and markets alike discount a 25 basis points rise in the Fed’s core rates this week. Janet Yellen would trigger massive instability should she fail to deliver on her firm promises to tighten monetary conditions before the close of  the year. So investors’ reaction will depend largely on the Fed’s message regarding future action.

Most observers believe hikes next year will amount to no more than 75  b.p. reflecting the current stance of implementing gradual increases. But Yellen can hardly commit to a preset upward scenario and tie her hands irrespective of future developments. In short, she will be unable to provide any explicit forward guidance on interest rates. As a result, widespread speculation could ensue should doubts arise on how severe the Fed’s tightening might look.

The ECB tries to reassure markets by declaring it is ready to offset any increase in money rates. However its room for manoeuvre seems rather slim, triggering doubts on its ability to decouple Europe from tougher credit conditions imported from across the Atlantic.

Emerging countries face widespread shocks, as money flows will experience an accelerated flight for safety. The Fed move will likely shatter prospects for an early recovery worldwide, hitting US resilience and growth sooner rather than later.

The global economy will suffer from a rate rise in the U.S. unless Janet Yellen delivers firm reassurances that no further hikes will follow for the time being. A vague gradualism no longer matches the kind of unequivocal commitment the markets are waiting for. Anything short of this could fuel general volatility and unrest.

Up to now, Janet Yellen has not yet mastered the right kind of soothing language one expects from a central banker. She often underperforms in press conferences. Let’s hope it doesn’t happen this time when so much seems at stake. Any blurred picture could send shock waves across the global economy. Let’s cross our fingers and bet that her delivery will be outstanding. We all need it.