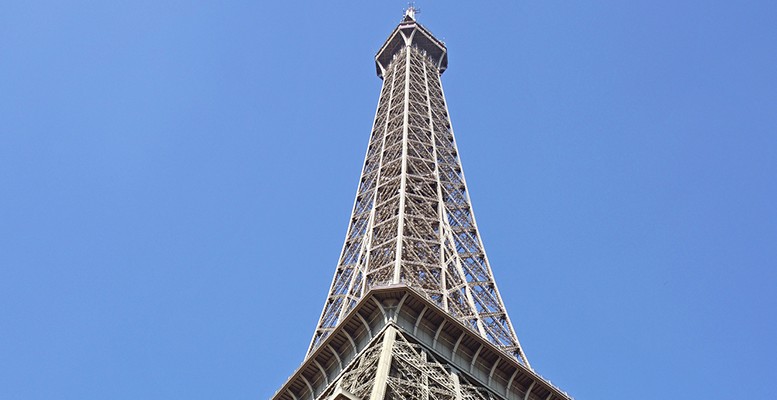 A view from France:

The French paper was by three academics, Christophe BLOT, Jérôme CREEL and Xavier RAGOT, from the influential OFCE/Science Po in Paris.

The paper starts with a review of the literature on Inflation Targeting and says things went well until the crisis. A caveat they mention is that since both IT regimes and non-IT regimes did well in bringing down inflation it is really too hard to tell if IT was all that superior.

We think it is also very hard to tell apart exactly what regimes are doing from what they say they are doing. The paper says that:

The Bank of England is, for example, a “pure” inflation targeter, whereas [the] ECB has not adopted this regime, although with its price stability objective, it is close to [it].

The evidence would surely suggest that the BoE was actually pretty flexible in all but the last 18 months or so, and in fact its Deputy Governor for Monetary Policy showed recently the UK central bank was actually targeting RGDP in its interest rate decisions. Very confusing.

To be fair the French authors cite:

[T]he outcome of Creel and Hubert (2015) [that] suggests that inflation targeting countries which have adopted the IT framework have not over-emphasize[d] inflation deviations from target like “inflation nutters” to take the words of King (1997).

Ironically, Mervyn King was probably a “nutter”, but not an “inflation nutter”. He became so obsessed with not being seen to bail out banks in the crisis that he ignored both high headline inflation (good) and collapsing nominal growth expectations (tragic).

If anyone should be labelled an “inflation nutter” it should probably be Jean-Claude Trichet. He was the ECB President who aggressively raised rates in both 2008 and 2011, unique among major central banks. These moves condemned the Euro Area to the most prolonged, double-dip, recession of any major monetary area. The authors seem to have missed this, but then so have most  mainstream European macroeconomists, for the moment.

To be fair again, the authors do at least address criticism of IT and do ask the right question:

A slight understatement there, the lack of a “unique relationship”.

Frappa and Mésonnier (2010) have notably suggested that house prices increases have been higher for countries adopting IT regimes than for non-IT countries.

Is this the authors´ only criterion for financial stability, house price increases?  Then they go on:

Does this mean that IT has been responsible for the crisis? The empirical literature discussed above shows that the performance of IT countries has not been worse than non-IT countries. In this respect, IT would not be a specific “perpetrator” of the crisis (see the introduction of Reichlin and Baldwin, 2013). Moreover, the anchoring of expectations that IT or IT-like monetary policies (e.g. ECB policies) have performed has been unanimously praised (Gillitzer and Simon, 2015). Finally, Fazio et al. (2015) suggest that banks in countries which have adopted IT regime are more stable and seem to be less vulnerable to global liquidity shocks.

This rather strange result appears to be because Fazio et al seem to be judging IT on its success in not creating bubbles rather than creating crashes. Fazio et al is therefore like the authors who think the crisis was, at least partly, caused by house price bubbles. There seems to have been no consideration of obsession with inflation, “à la Trichet”, causing tough monetary tightening at just the moments it needed to be loosened. It seems to have been ruled out a priori.

In fact, both IT and the ECB have been “unanimously praised” for anchoring inflation expectations, and only judged on this. Moreover, it is probably true. However, this judgement ignores that it’s been a very heavy anchor, dragging down the ship of the economy into double-dip recession. And now, in any case, actually de-anchoring those expectations on the downside.

With these searing experiences within the Euro Area over the last seven years, the authors rather incredibly, claim that:

IT regimes have generally not overlooked output performance (and notably the output gap) either because such a variable can be seen as a leading indicator of future inflation or because central bankers also care about growth and employment performance and consider that monetary policy may help to stabilize the output, at least in the short term.

And so there is no need to formally adopt NGDP Targeting since they already do it informally.

“There’s none so blind as them that can’t see”, as we say in Northern England.

The paper then lists three arguments for NGDP Targeting:

There is a bit more to NGDP Targeting than these points, but we will let that be for now.

The paper then lists five drawbacks of NGDP Targeting. We summarise and reply.

The problem with flexible inflation-targeting is that it allows too much discretion, and trusts central bankers are sagacious enough not to be distracted by volatile inflation, something in which the ECB miserably failed.

The public only really want stability of nominal growth. They don’t really understand inflation. Even if they can sense prices rising in certain parts of their shopping basket they struggle with the total figure and they and statisticians struggle with actual rents, imputed rents, hedonic adjustments, changes in mix and the price of services, to name just six very tricky areas. CPI just isn’t an easy concept at all. They especially don’t understand real growth.

But money illusion is real. The public understands nominal growth in income, and rightly fear job losses when nominal growth goes negative. That is the most important point of all: central banks must prevent too slow or negative nominal growth. All else is noise. And we just have to assume central banks will be rational in future when they have a proper plan like NGDP Targeting, even if in the past they have caused massive damage with their discretionary monetary policies.

NGDP is measured in three ways, output, expenditure and income, and they equal each other. The public certainly understands nominal income, their take home wage packet and how it grows. Obviously, the output method is more difficult to understand but that is irrelevant, it’s just another way of  accounting for the same thing.

The NGDP revisions criticism is a red herring, partly as bygones are always bygones, partly because the key point of Market Monetarism is to work on expectations of NGDP growth, not the rear-view mirror numbers – just like the central banks claim they work with CPI expectations more than the rear-view numbers. The fact that many countries CPI numbers are not revised means they are not proper economic statistics and therefore an unreliable record of the past and should not be targeted in the future either. No proper macro economic statistics can be perfect first time. The fact that the GDP Deflator gets revised means it is a far more reliable piece of data than CPI.

4 . The composition of NGDP between inflation and real growth may be a social target and not to be set by the market. [I think this is what the authors mean.]

The only answer is, yes, governments may well want to try and alter this balance through fiscal or other policy. But they would surely have just as much of a challenge as doing it via management of CPI and RGDP separately.

The authors then run a model that shows that flexible inflation-targeting worked as well as NGDP Targeting. It should be expected that perfectly operated Flexible IT would work well, but it rather begs the question about practice. The problem isn’t so much with the theory of Flexible IT but the practice.

Still, it’s good the authors have addressed the issues if not covered themselves in glory in their analysis. Especially lacking is a long, hard self-examination of the ECB in its own IT regime in practice in 2008 and 2011.