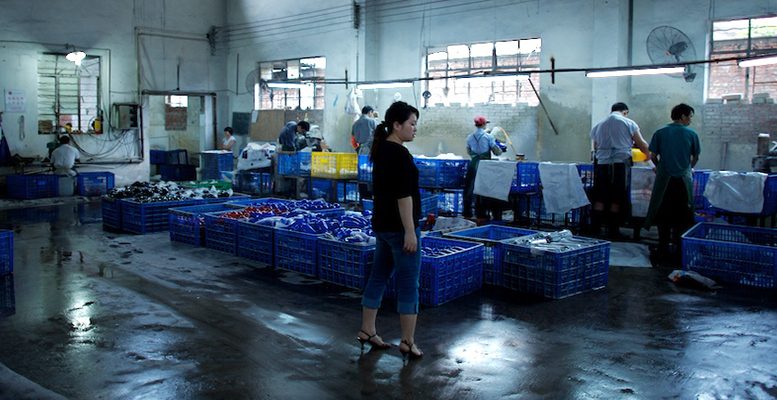 Yu Hairong via Caixin | A slowdown in private investment in China, fueling fears that the country’s growth could be weaker in the coming months, has policymakers scurrying to find solutions.

At a June 22 meeting chaired by Premier Li Keqiang, the State Council promised to further open up areas such as telecommunications, airports and oil and gas exploration, which are dominated by state-backed companies, to private players. They also promised to improve access to financing for private businesses and create a more level playing field.

The announcement comes after the latest data showed investors had tightened their purse strings amid the tepid economic outlook for 2016. Investment by private firms cooled to 3.9 percent in the first five months of the year, from 5.2 percent in the previous four months, data from the National Statistics Bureau showed.

The figure is a steep drop compared to the 10.1 percent growth in private investment in 2015. By contrast, investments from state-owned enterprises, part of a government stimulus, rose by 23.5 percent in the first five months of the year. However the country’s overall investment growth dipped to 9.6 percent year-on-year –a 15-year low –over the same period.

Private projects still made up close to two-thirds of the investments in the country, but its share kept falling, hitting 62 percent at the end of May, the lowest since 2012, government data showed.

The private sector on average creates half of all new jobs each year, but their decision to tighten the belt has policymakers worried. In late May, the State Council, China’s cabinet, sent nine teams to 18 provinces and cities, including major manufacturing hubs Guangdong, Zhejiang, Jiangsu and Heilongjiang for a 10-day inspection tour on local governments’ implementation of policies to support private investors. The National Development and Reform Commission, the country’s top economic planner, also dispatched teams to collect feedback from private businesses about operational and investment difficulties facing them.

Government inspectors surveyed over 500 enterprises and found that the decline in private investment is linked to industrial overcapacity, caution over cooling economic growth and problems with market access, state-run Xinhua news agency reported. Investors also complained about problems with access to finance and other unfair treatments to private businesses. Experts from the state-run think tank Development Research Center of the State Council, All-China Federation of Industry and Commerce and other research institutions that analyzed the findings concluded that some local governments have failed to implement state-level policies that benefit private companies, Xinhua said.

Despite the latest round of cabinet promises aiming to address these concerns, several economists told Caixin that certain government measures, which aim to stabilize the economy, have reduced opportunities for private investors. This problem can only be tackled by removing barriers to market entry, ensuring fair competition and creating a predictable policy environment.

These are all long-term steps and a quick fix is not in the cards. Therefore, China’s private investment would continue to decline in 2016 and a certain period beyond that, said Zhong Wei, head of the finance research center at Beijing Normal University.

Wang Han, chief economist at Industrial Securities Co. Ltd. in the eastern city of Fuzhou, said private players are being squeezed out by state-backed rivals with deeper pockets, who are investing heavily in services, the hottest sector in the Chinese economy.

Private investors were able to keep pace with their state peers in terms of tertiary industry investment from 2013 to 2015, said Zhong Zhengsheng, director of Macroeconomic Analysis at CEBM Group, a subsidiary of Caixin Insight Group. But since late 2015, when government investment in this area, especially in infrastructure development, started to surge, the gap between the two groups widened, said Zhong. Growth in state investment outpaced private projects by 20 percentage points, more than a six-fold jump from the previous level that was less than 3 percentage points, he said.

Private firms have been elbowed out of lucrative markets like electricity generation, water supplies and other infrastructure projects, said Wang from Industrial Securities.

The central government has been pushing for public-private partnerships to encourage private participation in infrastructure development starting in 2015. But in practice, the scale is tipped in favor of state-backed firms and independent bidders have failed to secure any major projects, several analysts told Caixin.

An inspection by the ministry of finance found companies controlled by the central or local governments have won a majority of infrastructure projects with sound returns, Liu Kun, vice minister of finance, said in June.

Private players, who had seen their profits eroding in recent years, turned to the stock market and the booming futures markets in early 2015, taking private capital out of the real economy, Zhong Zhengsheng said.

Changing tax policies may have also affected private investors’ decisions. The move to broaden the tax net by shifting the focus from business levies to a value-added tax scheme, tightly controlled by the central government, has put a dent on local governments’ enthusiasm to attract private investors with preferential policies, said Feng Ming, an economic strategy researcher at the Chinese Academy of Social Sciences.

Stimulating private investment has long been a priority for policymakers and for over a decade, the central government has announced dozens of measures to open up markets for them.

However, many of these policies were temporary or fragmented and failed to create a conducive climate for the private sector in a long run, Beijing Normal University’ Zhong Wei said.

It is necessary to make policies consistent, coordinated and in accordance with market rules, said Liang Hong, chief economist at the China International Capital Corp. However, mixed policy signals since late 2015 have worsened market uncertainty and disrupted moves by independent investors, said Liang.

The key to resolving private sector woes is to clear bottlenecks in terms of access to markets and finances, said Zhong Wei.

This requires dismantling state monopolies and administrative reform to reduce the country’s dependence on state behemoths, an analyst, who wished to remain anonymous, said.