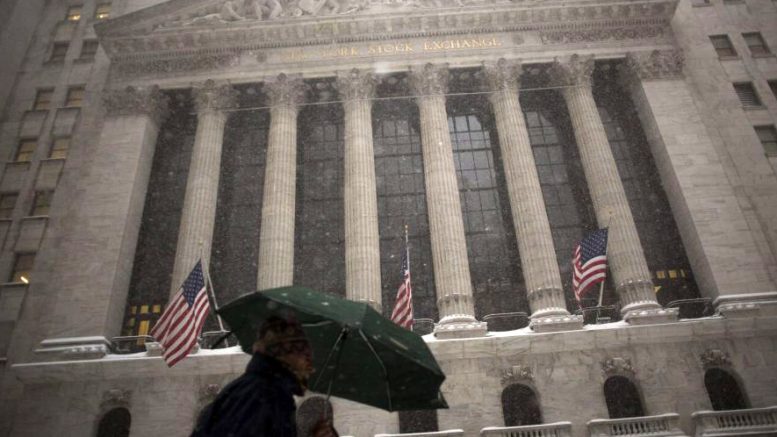 There are those who predict an imminent recession in the US, like Jose García Domínguez. I would have agreed with him before Trump’s arrival. But under Trump, companies are going to be on the receiving end of a big cash injection and huge demand, which will inevitably mean an increase in investment and jobs. García Domínguez’s argument is simple: there is a statistic link between profits and investment, in the US, to the extent that a drop in the former determines a recession in the following quarter, in 81% of the times this has happened. Profits are falling, so, there will be a recession in 2017. As I said, I bought into that argument…but that was before. Firstly we can see that the decline in investment and recession are closely linked:

The shaded areas are the official recession periods, as defined by the NBER methodology. This goes beyond defining the harmless cone of the decline in GDP two quarters in a row. There is a clear drop in investment before the recession arrives and during a big part of it. And investment over the last few quarters has been at rock-bottom.

Now we can see the correlation between a decline in profits and recession:

This correlation stands out, as does the fact that profits have tended to fall over the last few quarters to rates which are perfectly compatible with a recession.

But, as I said above, Trump has plans to boost public investment – which implies demand for private investment – and give a big boost to the amount of credit in circulation. So talking roughly, in around two years, this will provide an unndeniable boost for the economy.

For that reason, the stock market is higher than ever, as we can see in the Wilshire 5000 index, the broadest off all – or at least with the longest series:

To sum up: profits may have fallen, but profit expectations, due to the Trump factor, have had to increase significantly. In economy, you never know. But 81% is not 100%, and it’s likely that this time round the recession will have to wait. And this brings me to this constant warning: economy is an art, not a science, because it is contingent. And at each moment it will be driven by conditions, circumstances, not by a strict rule or invariable equation.