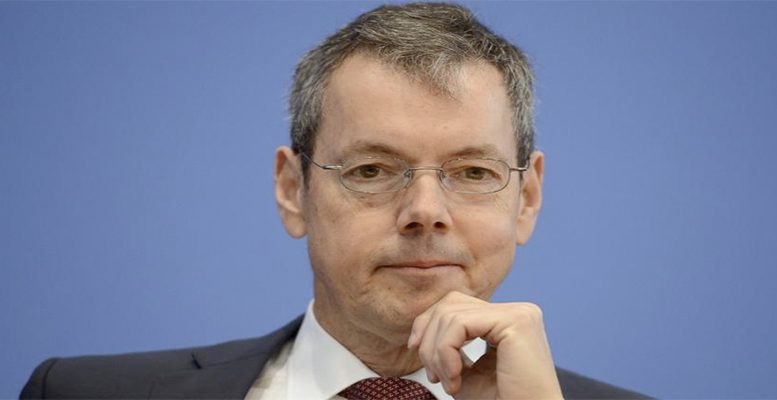 Peter Bofinger, member of the German Council of Economic Experts

Peter Bofinger, one of the five ‘wise men’ who make up the German Council of Economic Experts which advises the German government, explains the aim of the euro is to create “a big economic space without any monetary barriers, like the US”. “But a common space implies that member states are prepared to take each other into consideration as far as their economic, financial and wage policies are concerned,” he adds.

Bofinger, 62, is the only one of the five “wise men” who distanced himself from the criticisms of Merkel and Draghi contained in the latest opinion piece published by the Council of Experts in November. They criticise Merkel for a lack of reforms and direction aimed at increasing competitiveness. And in Draghi’s case, for the ECB’s quantative easing policy. The experts don’t coincide with the IMF, the OECD and the European Commission, who recommend more public spending to boost the economy.

Q: Germany is one of the main beneficiaries of globalisation. Is it now facing difficult times ahead?

A: Absolutely right. Germany has directed its business model towards industry and exports like no other country has done. It would be extremely problematical if China opted for protectionism and Trump behaved in the same way, implementing deterrent tariffs. This would be a blow for Germany, as it would face problems in two big markets, China and the US, which in the past have enjoyed huge commercial and economic dynamism.

Q: The fact is that now, because of the globalisation of the economy, it’s clear that many are losing out…Can the fiscal and social system work to everyone’s benefit? In other words, how can we avoid a situation where the European populists copy Trump?

A: Yes, it’s complicated. In the globalisation process, we can see two fundamental trends.  In principle, the growing international division of work contributes to increasing the welfare of nations. The issue is that this increase in wealth is distributed unequally between the national economies. And, it’s quite true, that the professionals and qualified workers and those who have capital are the ones who benefit most from the new situation. Those who lose out are the workers with very little training because they cannot participate in the increased prosperity. For this reason, globalisation will only have a future in the long term if it creates a situation of well-being for all. What does this mean? Well a tax and social redistribution system which works properly. That’s the prior condition. But what we are seeing is the complete opposite, a competition to raise less taxes. And this creates hurdles for its main function which is to compensate for inequalities. In the end, it’s no suprise that the forgotten people rebel and vote against the political establishment.

Q: Scant growth, low inflation, high levels of debt. What can the European governments do to get out of this crisis? What structures really need reform? Spain has failed to comply with the Stability Pact for years, but people have the sensation that no more sacrifices can be made…

A: Spain is a good example of the fact that it’s reasonable to allow for some room for manoeuvre in budgetary policy and not demand austerity at any price, as has happened in Greece. In a positive macroeconomic environment, structural reforms can demonstrate their positive effects. Europe has to reflect on this urgently and offer a margin for additional investments financed with credit. That said, these investments will have to be considered in the broadest sense and focus on two areas: training and, of course, R&D.

Q:From the south of the continent, it’s still said that countries with a bigger margin for investment, like Germany, should do so even if it means taking on debt. But Merkel’s government is not prepared to spend any more. On the other hand, can Germany alone boost Europe’s economic situation through a public investment programme?

A: Germany can contribute. One possibility is to boost internal demand via salary hikes.  In 2016, unit labour costs will rise only 1.3%. If we wanted to increase the inflation rate in the eurozone towards the desired 2% and, at the same time, compensate for imbalances in countries with high jobless rates, Germany should increase its unit labour costs by 2.5%-3%.

Q: Looking back, do you believe that the introduction of the euro was a mistake? There are even some who are demanding that this experiment come to an end…

A: In principal, the euro is a good idea. The aim is to create a big economic space without any monetary barriers, like the US. But a common space implies that member states are prepared to take each other into consideration as far as their economic, financial and wage policies are concerned. Germany benefits hugely from the euro, but in its economic policy it acts as if the single currency did not exist. This can’t be a good thing in the long term. And of course there is another issue: in countries like Greece, Italy or Spain, it was treated as if the currency could be devalued if the need arose. Monetary union means that this is no longer possible.