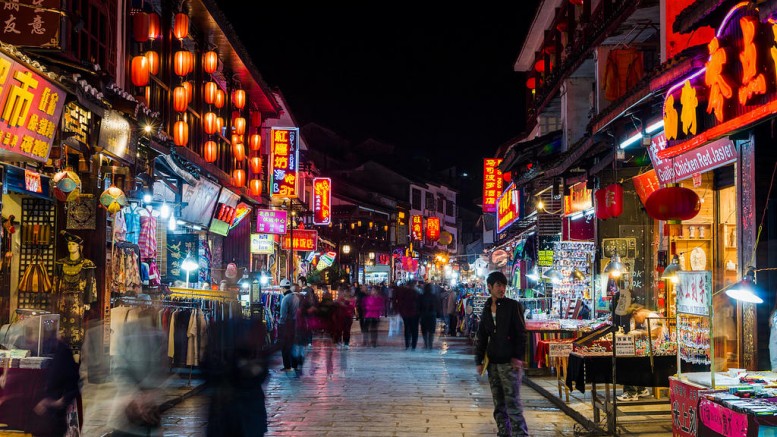 Chinese corporate debt has not stopped growing since 2007 (it is around 160% of GDP). But given the level of reserves, Beijing does not yet understand the alarmism unleashed by international agencies.

A recent graph with data from Bloomberg and Capital IQ shows that Chinese multinational Fosun International has a corporate debt ratio of 55x. In other words, its current debt is 55 times its EBITDA.

If correct, this figure would be crazy because ratios are usually lower than 10x. To think that a company would need 55 years to repay its debt generates, at the very least, respect. And this alarm is raised by the data provided – and badly provided- on China. In 2014, Fosun acknowledged total gross debt equivalent to 95,834 billion yuan. The year-on-year increase was 38%. And this is where it can actually be said that, in general, China’s corporate debt is growing quite a lot. But it should also be noted that the group’s liquidity -in cash and other liquid assets- multiplied by 2.5. And in any case, if we divide debt by EBITDA registered in 2014 (18.682 million yuan), we get 5.12x and not 55x.

Is the corporate debt of Chinese companies which go global increasing? Are the Chinese state-owned banks financing this expansion? There is only one answer: yes. Do we need to support these arguments with apocalyptic figures which in cases like this are false? It should not be necessary. We know from experience that many foreign analysts use non-Chinese services to analyse China’s economic reality. The advice would always be to check the original sources in Chinese too. English figures can vary considerably or simply do not appear.

But the large international agencies are supposed to work with local staff to overcome the language barrier. Although one might wonder if anyone believes that a country as opaque as China can provide big international economic intelligence agencies with many facilities. And the answer is still ‘no’. “Whoever works with Bloomberg or Reuters in China, should know that there is a significant bias,” says independent analyst Rafael Galán from Shanghai. However, the above-mentioned example has nothing to do with the availability or not of data. Anyone at home, without speaking Chinese, would have been able to conclude that Fosun’s debt to EBITDA ratio is not 55x.