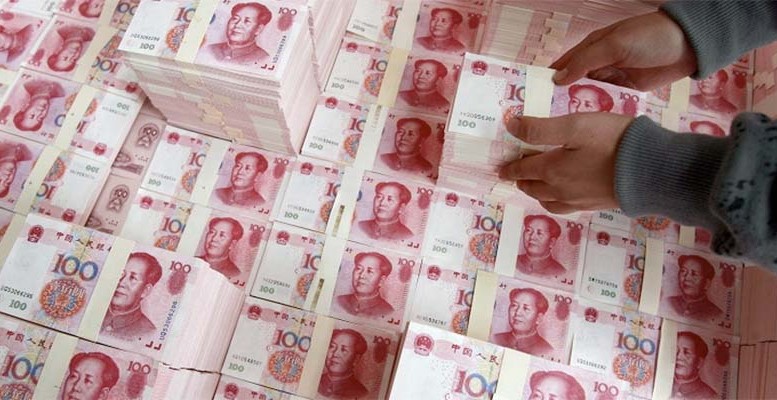 Caixin | China’s banks lent out 4.67 trillion yuan in the first quarter, central bank data show – a figure that surpasses the record seen in the same period of 2009, when the authorities went on a spending spree in a bid to spare the country from the ill effects of the global financial meltdown.

The economy now appears to be stable and even shows sign of warming up, so the government should refrain from relying too much on stimulus policies. Instead, we must accelerate reform of the supply-side of the economy because only this can prevent a hard landing. This change would involve efforts to trim industrial glut and nurture innovation and demand, which would have the happy side effect of making the economy more sustainable.

The economy grew by 6.7 percent year-on-year in the first three months of 2016, a figure  fell within the target the central government set for the year. But much of the expansion was the result of government-led investment and an explosive growth of credit.

Even more alarming, the bulk of loans are not flowing to the high-tech manufacturing and value-added service sectors that will sustain growth. Instead, financial institutions, including state banks, flooded the housing market with lending, even though a bubble is growing in large cities and a severe glut bedevils smaller ones.

At the Central Economic Work Conference in December, the party made trimming the stockpile of housing a top priority. Then in February, the central bank eased requirements on the down payments people must make to get a home. Housing sales and prices in Shanghai and Shenzhen both soared, while people in smaller cities who have little to spend are being bombarded with home loans.

Financial firms linked to regional governments have also been showered with new money, which they continue channeling to debt-ridden state-owned companies in bloated industries such as steel production.

These government-driven investment schemes might help spur economic growth, but that expansion will not last long because it exposes the economy to greater risks on multiple fronts.

First, giving property developers and financial firms backed by local governments easy access to loans will push up the level of debt at banks and regional governments, exposing the country to greater financial risks.

Second, authorities will have to adjust one day when they realize they have taken stimulus policies too far – and change then will certainly cause the economy to fluctuate. Alarmed by soaring housing prices, authorities in several major cities moved to tighten control of home loans in late March and sales fell sharply in April. The impact on local economies will certainly be felt later.

Third, excessive investment backed by the authorities will also hinder government efforts to fight overcapacity and inefficiency in certain industries because many zombie companies will be able to continue operating at a loss with new credit they can easily get.

On top of this, stimulus policies that favor businesses in traditional industries undercut our efforts to nurture high-tech industries and a modern service sector, which are the key to the long-term sustainability of the economy.

Stimulus policies can be justified when economic uncertainty persists, but as the economy improves, we must take the opportunity to move quickly onto supply-side reform through deregulation, cost-cutting and efforts to nurture competition.

Since the third full meeting of the party’s Central Committee in late 2012, the country has made great strides regarding economic reform. However, as many officials have admitted, reform has somehow stalled in several fields. The idea of cultivating a supply-side economy that central authorities began to float late last year rekindled hope for broader progress.

Some academics called for cutting red tape to ensure the success of supply-side reform, and the central government responded by moving quickly to reduce the number of projects and fields subject to government licensing by one-third.

But bureaucracy and inefficiency continue hampering the economy and innovation. The State Administration of Industry and Commerce triggered a public furor in April when it was revealed it had not issued businesses trademark certificates for seven months because, as the administration said, the paper needed to print the certificates was out of supply.

To prop up the economy, central authorities announced they would overhaul the corporate tax regime from May 1, a change that is estimated to save businesses more than 500 billion yuan this year alone. But the cuts are a drop in the bucket compared with the 20 trillion yuan the government collects in tax and other fees every year. We believe that authorities can do more to help the many businesses that are struggling to stay afloat due to a slower economy.

To boost the competitiveness of the state sector, the State-owned Assets Supervision and Administration Commission, a government agency overseeing large state firms, was told by the ruling party to transform itself from a government department into a state-owned investment corporation, but after several years it has made little progress. As a growing number of state-run firms, particularly those in coal-rich Shanxi Province and the three rustbelt provinces in the northeast become heavily indebted, we must speed up reform of the state sector before it is too late.

Now officials have begun to address problems related to the excessive growth credit, after being alarmed by reckless lending practices. But to prevent irrational lending from occurring, policymakers must push for a fundamental change to how our economy expands. A good place to start is with reforms to the supply-side of the economy.