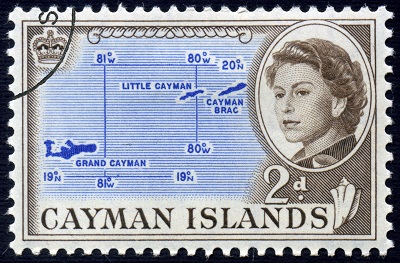 By Carlos Cruzado, in Madrid | Although the concept has many nuances and definitions, when we hear about tax havens we all know what that means: areas that offer very favourable fiscal treatment for citizens and businesses in order to attract foreign money, which usually also implies a lack of control about the nature of such funds.

While it is true that the existence of tax havens is a longstanding problem, the arrival of the crisis has contributed to their greater social visibility. And in a context like the present, marked by budget cuts and tax increases to lower the deficit, it is difficult to live with the fact that some companies and individuals do resort to this kind of tricks to avoid giving full account of their fiscal obligations.

Without going any further, we have recently seen a report by the Observatory of Corporate Social Responsibility in which, after analysing the annual reports of companies in the Ibex 35 for the year 2010, it is concluded that thirty of them or 86%  had subsidiaries in tax havens.

Even more striking is the fact that none of these branches are dedicated to producing goods or providing services in the territory in which they are settled: either they did so in third countries or exclusively engaged in financial activities with portfolio companies or holdings. Difficult to justify it is, therefore, to assure that the presence of large firms in these countries is a mere consequence of their strategies on trade expansion. Moreover, none of the 35 companies analysed in the study provided information on taxes paid in each country, or about the subsidies they have received in the countries in which they operate apart from Spain.

But the major corporations are not the only ones to resort to tax havens: wealthy families also sometimes take advantage of the ability to hide their identity using bank secrecy, the ineffectiveness of information exchange systems and facilities to establish different legal identities without much trouble. The same applies to banks that are in these territories as a way not only to reduce their tax bill, but also to set up subsidiaries to escape the strict controls imposed by central banks and the regulations of their countries of origin.

Do not underestimate the importance of supervision to prevent excessive risk exposures, because as we all remember it was the American banks themselves who triggered the current crisis to operate in tax havens with subprime mortgages, causing sometimes their own bankruptcy.

The Organization for Economic Cooperation and Development (OECD) has urged countries considered tax havens to commit to eliminate harmful tax practices without any prior condition, considering those who do not as uncooperative. To be deleted from this list of territories, tax havens must sign agreements on exchange of tax information with at least a dozen countries; ironically, among them there may also be other countries from the list.

Spain has signed several agreements of this sort in recent years, leading many countries to lose the status of tax havens. A recent example is Singapore, whose agreement was published in the Official Gazette earlier this year.

Through these agreements, taxpayers and Spanish companies investing or doing business in these countries can implement the tax benefits provided by legislation in force on income tax. However, the Treasury tax experts believe that the mere fact of signing these agreements can not be considered sufficient to eliminate the label of a tax haven from a territory.

First, we must take into account that the exchange of information is directed in most cases to the prosecution of criminal offences like tax evasion, but in no case refer to the circumvention of the law. And, although the difference between the two is very thin, we believe that in many cases to take advantage of loopholes or gaps or imperfections in the regulation of certain taxes can be considered a real fraud, and therefore must be treated as a legal breach.

Another persistent problem is the fact that the agreements do not involve that information must flow effectively, since the commitments do not refer to automatic exchanges. In fact, phishing expedition or requests for information not related to an investigation or audit-specific are banned.

Although the lack of transparency makes it difficult to quantify the volume of transactions in tax havens, some studies put them at over one third of global GDP, representing an amount exceeding €15 trillion a year.

It is necessary, therefore, to reach an agreement over the framework of the OECD to provide information automatically from persons or businesses operating in tax havens. Unfortunately, countries that make up the G-20 have shown little interest in the implementation of concrete measures, despite having proclaimed from the rooftops about three years ago that they wanted to end the opacity of tax havens. There still is much work to do, though.

* Carlos Cruzado is president of Gestha, the trade union of tax experts at Spain’s Treasury.