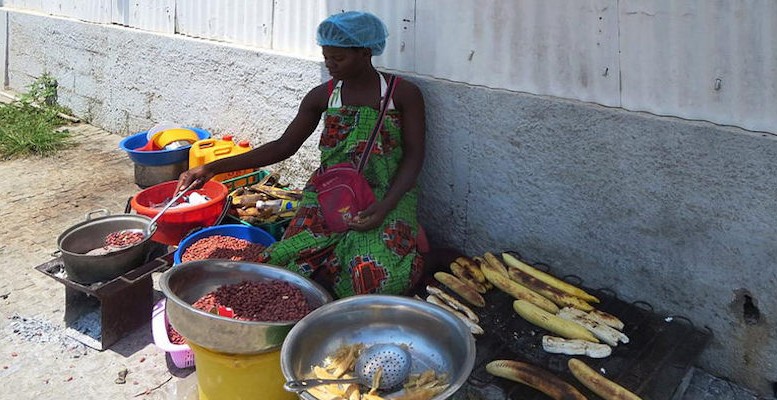 “The need to impose good governance comes to the forefront among providers of development aid. But no one knows well how to get it.” The quote from Collier’s book only has as its objective to remind us that humanity continues without overcoming the “trap” of underdevelopment,  and therefore without resolving the problem of poverty in the world. The upward phase of the commodity cycle raises the GDP of many poor countries, unleashing waves of unfounded optimism that disappear as soon as the cycle is reversed. In fact, China is practically the only country with an institutional structure which, despite not being exactly benevolent, is efficient to free millions of citizens from poverty.

The 2015 winner of the Nobel Prize for Economics was already a relevant name in the literature of underdevelopment. Angus Deaton is a recognised expert in the theoretical and practical analysis of consumption and income inequality. He has expressed interesting opinions on underdevelopment which have sometimes been unconventional. For example, when he called into question the Indian official statistics on poverty reduction (2005).

Professor Deaton is not the only one to think that development aid has generated remarkable dysfunctions. We just need to think about how many third world countries have acquired their own growth dynamic after years of substantial aid.

Although development aid may be provided in very different ways, Professor Deaton underlines a very common one. Namely, the direct funding of a government committed to respecting conditions ranging from the respect of human rights to the administrative rigour of public staff recruitment processes. These conditions are very irritating for undemocratic governments and rarely alter their patterns of public management. As a result, development aid may be disfigured and in fact become a support for the government in power. It can apply the received funds at will and channel them towards the “superior” interest of consolidating its power.

There are ways of trying to avoid the above problem. One has to do with aid, either official or channelled through NGOs, for launching small concrete projects in local communities. For example, drilling water wells and teaching irrigation techniques in a village. Or providing sewing machines to marginalized groups of women who aspire to become economically independent. Such projects can dramatically improve the living conditions of people who do not expect any help either from society or the government. But when the micro aid approach is effective, it can attract all kinds of extortionists (tax collectors or “godfathers” offering protection) that mitigate or ruin the progress achieved.

Another way, associated to Deaton’s writings, is emigration. Generous scholarship programmes from donor countries to provide training for citizens in developing countries. The US academic, scientific and financial world is full of individuals attracted and trained as grant holders in the country. Something similar happens in Britain, a country more than once criticised internationally for massive job offers for doctors and nurses in former colonies which are in need of their own professionals.

The Deaton proposal has already been tested and the circuit of coming back to the country of origin seems very random. The temptation to stay in the place of training is often too powerful. Professor Deaton is aware of the reality, but also believes that despite the fact these migrants do not return, they become professionals who can influence growth in their country with ideas and knowledge. He does not hesitate to affirm that the same will happen with the Syrian refugees and those from other regions in conflict: when the situation calms down, they will return, probably trained and ready to participate in the reconstruction. Or they will not return. A modest job in Germany, combined with successful personal integration, can definitely make a person settle down.

More interesting is Deaton’s proposal for promoting a type of project which is valid in the southern hemisphere: investment in centres for pharmaceutical and medical research for the treatment and cure of exotic diseases. The key is to create centres there where the human problem is the training and retraining of native professionals. The local economy would receive a boost from a strong demand for multiple supplies and services.

Some development analysts have directed their attention to the difficult institutional problems in developing countries. The methodological approach of Dani Rodrik and other Harvard professors suggests identifying and prioritising the key points which “restrict” a country’s growth. Then analysing an appropriate institutional structure which, amongst other objectives, ensures the private sector has the incentives needed for generating investments. From Princeton, Professor Deaton agrees with this stance.

The title of a recent work, “Weak States, Poor Countries” (Project Syndicate, 2015) summarizes his thinking on this topic: the only way to guarantee that populations in developing countries can regularly receive basic public services (education, health and legal protection) is through an organized framework. This includes a democratic government and the necessary political and social institutions for controlling its management and providing security to private investors. Of course it is not possible to improvise this desideratum. But it is significant that, after 50 or more years of global aid, the experts have to admit that underdevelopment is a problem of national institutional deficiencies, rather than problem of operational models designed and financed by third parties.

The above approach contradicts the principles inherent in private initiatives, free of regulatory burdens, which will find the incentive to invest and facilitate a boom in an underdeveloped economy. This was the inspiring vision of the Washington Consensus, which although today is a mere footnote, was the mandatory doctrine of the international organisations and national agencies.

Neither the Harvard team nor Professor Deaton are statists. Development requires the private sector to play a role, which will only be effective if strong public institutions are able to ensure protection and competitive markets. Moreover, citizens need these public institutions in order to receive essential social services. All this identifies a problem which is more complicated than sending millions of dollars annually without results-based monitoring. But that is certainly the problem of development.