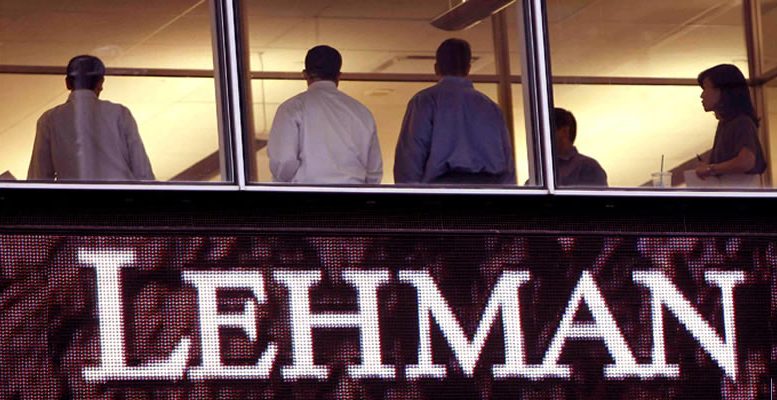 Currently no one is really satisfied on the way the great recession of 2008 has been solved. As Philippe Waechter, chief economist at Ostrum AM, points, “banks profitability is back to a higher level but, even with a stronger regulation, no one is totally convinced that it would resist to a new major crisis.” He also reminds that the corporate debt, which was one of the crisis trigger, is way above its 2007 level. “According Mc Kinsey, its compound annual growth rate has been at 10.5% from 2007 to 2017. It has mainly grown in emerging countries but in the US and in Europe, the growth rate is above GDP nominal growth,” explains. Furthermore, the private debt is still a source of concern.

In developed countries, the trend growth is everywhere below the previous crisis trend except in Germany. In the US, the trend growth rate is at 2.2% since the beginning of 2011 while it was 2.75% from 2000 to 2007. The picture is the same in France, UK, Spain, Japan or Italy.

It cannot be perceived as satisfying. At the same time, the labor market behavior cannot be perceived as well shaped as wage growth is still below what we should have had at this stage of the business cycle, notably in the US. Therefore, we are in a business cycle that is not able to create inflation. The main difficulty for central bankers is to adopt tighter monetary policies when the inflation rate is still below their 2% target. We are probably in a secular stagnation environment with low growth, low inflation and low interest rates for long.

For Waechter, the main trouble with the great recession is the way it has been managed and points to two main targets for economic policymakers.

The first was to reinstall growth on the pre-crisis trend. That was the reason for strong fiscal policies in 2009. The size of these measures is still a lively debate. In his latest NY Times column, Paul Krugman is still discussing that. Another way to see it is how persuasive Christina Romer, then head of Obama’s Council of Economic Advisers, was to put these measures in place in order to escape to a depression by avoiding the economic policy mistakes of these times.

The other target was to reinforce the financial and banking sector. Many regulations have been taken and the situation has clearly changed but no one is convinced that the sector would be able to absorb an crisis similar to that of 2008.

He adds a remark to the macroenvironment. Austerity policies are never the answer. They have created a strong and deep recession in Europe for nothing positive. The public debt level is now close to 100% in many European countries and the austerity period has not really changed the trend.

One consequence of all that is that Central Banks are feared to exit from their very accommodative monetary policies, even the Fed. These have created bubbles on financial markets but results on the macroeconomic side is not at the level we could have expected according to the large use of non-orthodox policies. The chief economist at Ostrum AM comments:

Due to the high level of the public debt and to the still very accommodative monetary policy stance, what we fear is that we would not be able to face a new crisis without large damages.

For me, this non-satisfying perception of the post-crisis era is linked to the fact that we try to recreate the economic model we had in an environment that has dramatically changed because of large technological change.

What we must have in mind is the fact that new technologies will provoke a complete reshuffling of the economic organization. On this revolution we are at a point similar to what was seen with electrification. At the end of the 19th century it was necessary to totally change companies’ organization and all the networks to take advantage of the productivity gains associated with electricity. We are in a similar situation. We need to think the world differently because the world is so different than in 2008 but all we have done is to take measures consistent with the old world with old metrics. We have taken old recipes to a completely new world with new ingredients.

We can add that the population is aging notably in developed countries, and that the growth momentum is no longer in Europe or in the US but in Asia creating ample frustrations in developed countries. These two points which are not dependent on the crisis come on the top of the malaise mentioned above. The non-resolution of this complex equation is just the reason for the development of populism. The crisis is not over.