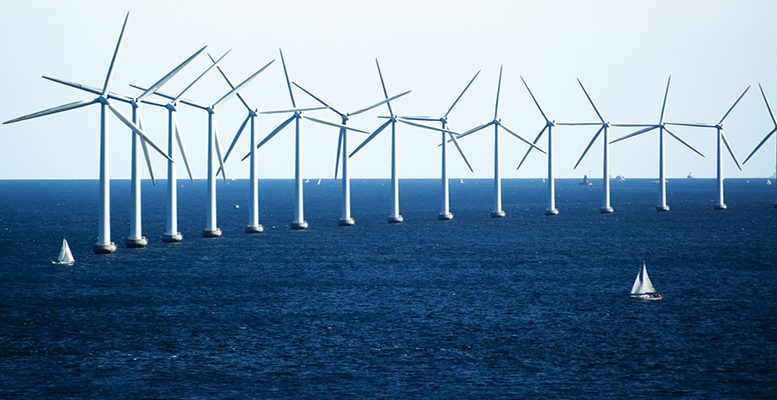 The combined Walney I, Walney II and the Walney Extension project, covering an area of 145 square kilometers (55 square miles), is now the world’s largest offshore wind farm with a total capacity to deliver 1,500MW of power. This is enough green power for 1.2 million homes and makes the UK the global leader in offshore wind.

But it seems that this doesn’t represent the current UK government policy position. The arrival of the Climate Change Act in 2008 and the subsequent implementation of electricity market reports created an environment that actively encouraged investment in renewables, particularly wind power. The Walney Extension was among the first renewable energy projects to secure a so-called contract for difference subsidy from the British government. But decisions made by the government in 2015, particularly its withdrawal of support for onshore wind, has seen investment in new projects drop dramatically.

This scenario of uncertainty and confusion in national and international policy directions is hampering what should be a time of considerably more investment in renewables. This is mainly because the costs of renewable power generation are dropping fast to the point where, in 2017, in most parts of the world the average costs of wind and solar power are below that of coal. According to the World Economic Forum, in 2017, the average cost of energy in North America (per MWh) was $148 for nuclear, $102 for coal, $60 for gas, $50 for solar and $45 for wind.

So, who is right? Those who are questioning climate change and the wisdom of investment in renewables, or those on the fast and future-bound train of renewables investment? While my book, A Climate for Denial, provides some of the answers to this question, it doesn’t explain the full picture. In my previous posting on Fair Observer, I gave a brief summary of the large investments in renewable energy. Let’s unpack the picture a little further.

There’s no doubt that renewables are gaining momentum around the world. We know that the storage requirements of wind and solar power (to provide for baseload) present additional costs that may be prohibitive in developing countries. In developed countries, the viability of wind and solar, and the rapid drop in their costs, will continue to present compelling alternatives to fossil-fuel-based energy options. And the downstream positive impacts of growth in renewables are many. They include the likely lifting of the barriers to low carbon electric transport and providing options to mix and match energy sources to suit particular regional situations and requirements.

In developed nations, renewables such as small off-grid solar panels can provide power to homes in remote areas that have never had electricity. The global benefits of providing power to hundreds of millions of people that would normally have no such opportunity is simply staggering.

When I think of the current status of global climate change action and the rapid expansion of renewable energy capacity, I have a recurrent image in my head: A group of people is standing at a train station holding maps, timetables and graphs and arguing amongst itself. While they wait, and argue, a modern aerodynamically impressive, futuristic-looking train speeds toward the station, and the people on the train wave and smile as they whoosh past the station. The people on the station go back to looking at their maps and arguing.

This image (perhaps a cartoon) is symbolic of my being intrigued by the divide that appears to exist between those who seem to think renewables are a great idea and now make economic sense, and those who seem to still think that renewables are a bad, ideologically driven idea. What is apparent in today’s energy and climate debate is that in certain corners of the world market forces seem to be moving ahead of political will and policy, including mine. The picture is disparate and complicated, and while investment in renewables is gaining momentum, this momentum is patchy.

There appears to be a continuing struggle between economic rationalism and efforts to abate greenhouse gas emissions and, in particular, commitment to the 2015 Paris Climate Agreement. I have no doubt that such struggle and disjointedness in the introduction of renewables into the mix of the global energy supply is inevitable. After all, it’s another industrial revolution of sorts — one that is green in color instead of a black sooty one.

There is little doubt that over the next decade the costs of renewables will continue to decrease, and relentless advances in the technology — not least of which will involve storage, combined with new financial models and contractual arrangements — will make it more difficult for conservative politics to ignore market forces, even in the absence of political will or mandate.