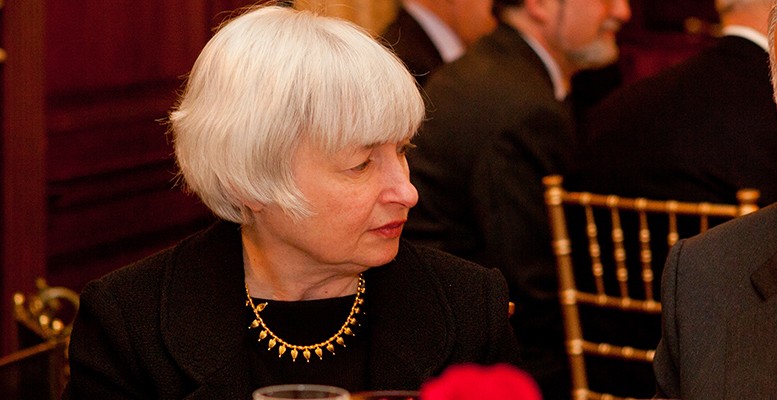 Janet Yellen’s speech to Congress yesterday highlighted the advances which have been made in the US labour market. In particular, she emphasised that the number of jobs had increased by 2.7 million throughout 2015 and by 13 million in accumulated terms since 2010. However, she also warned that there are still some imbalances in the jobs market. The number of people with temporary contracts who want to work full-time remains much higher than pre-crisis levels. Currently, the underemployment rate stands at 9.9%, compared with the minimum level of 8% recorded in 2007.

Yellen also said that private domestic demand had slowed slightly in Q4 2015.  That factor, combined with the contained trend in exports, contributed to the slowdown in US GDP to 1.75% at end-2015.

Faced with this situation, the Federal Reserve would opt to continue with its accomodative monetary policy, raising interest rates gradually to meet its objectives. Yellen acknowledged the monetary authority’s expectations for low inflation levels over the coming months, but emphasised that these would be temporary. At the same time, she admitted that the financial instability and the uncertainty regarding China could negatively affect US economic activity if they persist.

For analysts at Intermoney, the key principle which the Fed is governed by is simple: its monetary policy has no pre-established direction and, if it needed one, it would be adusted to meet the objectives entrusted to the institution.

Once she had given the reminder about the Fed’s pragmatism, Yellen was once again clear: “I don’t expect the Fed to find itself soon in a situation where a cut in interest rates is necessary.”

This assessment was in line with Yellen’s soothing comments about the economic outlook: “We still have not seen a huge decline in growth, either at a global level or in the US.”

That said, the global markets’ performance is being closely monitored. And Yellen recognised the fact that financial conditions were providing less support for growth, the future implications of which would be evaluated. In other words, rates will remain stable over the coming months, while the Fed will continue to reinvest maturities from its existing holdings. In this respect, the message was very important: the sale of assets would be very prejudicial for economic expansion and has not been proposed.

Yellen’s message lived up to expectations and will not change when she appears before the Senate. And neither can we expect any more in an electoral year; but the problem is that the market will demand more from the Fed.