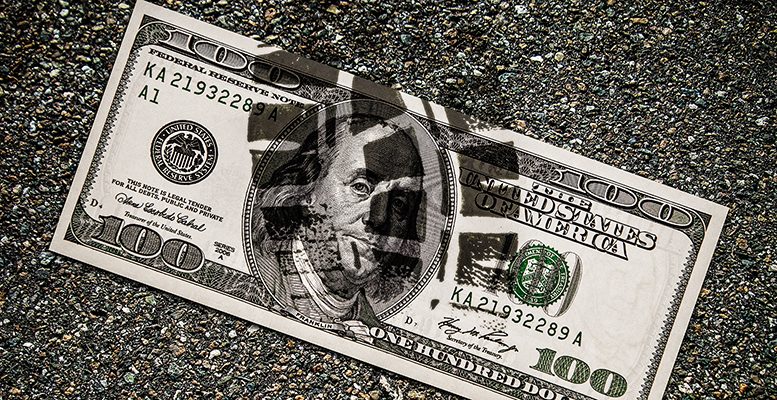 Why does the Fed continue to be a glutton for punishment, repeatedly announcing for over a year that it is going to raise interest rates, then having to put the decision on hold? Yet again it has announced it will have to hike rates before end-year, possibly twice, and perhaps, once more, it will have to back down.

“For nearly a decade, since the mid 2008 FOMC meetings where many believed that the worst had past, the Fed been too serene about the economic outlook and a return to past regularities.  When the Fed predicted last December that it would raise rates four times in 2016, market participants saw a disconnect from reality.  It has been that way for a long time.  Figure 1 shows the Fed’s forecasts of its future monetary policies since they began releasing them.  The Fed has always believed that rate increases and normalization were around the corner but never been able to deliver.  Figure 2 looks at the current situation showing the “dots” reflecting Fed forecasts and the market’s prediction of future interest rates.  The divergence between the market and even the dovish end of Fed forecasts is clear.”

The Fed’s prestige is constantly being eroded, which surveys have already shown.

In the following graphic we can see where the Fed’s rate predictions are headed compared with those of the market, the OIS, the rate which perfectly anticipates what is going to be the official interest rate. 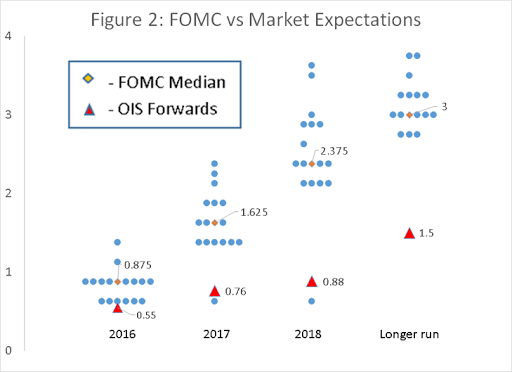 For example, the members of the FOMC estimates an average official interest rate of 1.625% for 2017 and the OIS is 0.76%. As we move further into the future, the divergence is greater. In 2018, the FOMC’s prediction is 2.375% and the market 0.88%.
A rate hike in the coming months would be very dangerous for the markets and those economies which are shaky. And a US inflation rate running at 1.2% does not justify the rush.  According to Larry Summers:
“Even if the September employment report is strong, I do not see a case for a September rate increase.  There is no imminent danger of repeating the 1970s experience where inflation expectations ratcheted up leading to stagflation.  If a greater than 1/3 chance of a rate increase in September was not in markets, the cost of credit for small business would be lower and mortgage rates would decline.  Employers would be more confident about hiring.  And pressures would be removed from emerging markets.  The world economy would be more robust.”