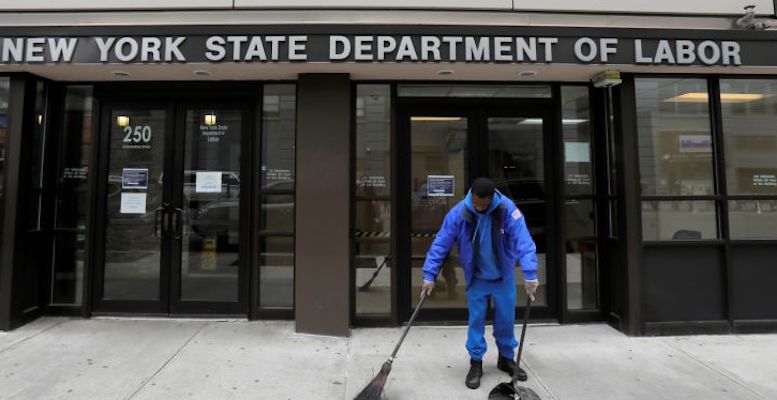 Clàudia Canals & José Ramón Díaz (CaixaBank Research) | For months now, analysts of the US economy have been debating the labour market’s difficulty in returning to pre-pandemic levels, despite GDP having done so back in Q2 2021. It is surprising that one of the world’s most flexible labour markets is taking so long to regain normality, especially when compared to what is going on in countries such as Spain, where in theory there is much less flexibility. The question is whether we could be looking at structural changes or rather, as seems to be the case in other areas of the economy, these are merely temporary mismatches between supply and demand which ought to correct themselves over time.

For starters, it is surprising that at the end of 2021 the participation rate was still 1.5 points below February 2020 levels (at 61.9% of the working-age population), having reached a low in April 2020 (3.2 pps less than in February of the same year). However, in the previous three economic crises, the labour force barely registered any change at all (see first chart). Today, in contrast, this shrinking workforce has resulted in some 3 million fewer employees at this point in the recovery.

In addition to this change in the behaviour of the labour force, a new phenomenon has irrupted in the sphere of work: the Great Resignation. This new development in the labour market is being reflected in the high number of people who are choosing to quit their jobs: more than 4 million a month, compared to an average of just over 3 million in the years prior to the pandemic (see second chart). This is a phenomenon not seen in previous crises. Although most of those quitting do so with the intention of looking for a new job (with better conditions), in some cases the resignation leads to a more definitive withdrawal from the labour force. Hence, the two phenomena – resignations and withdrawals from the labour force – are closely related and are leading to an increase in the number of job vacancies to levels not seen in recent years, with over 10 million job openings per month on average in the second half of 2021 (compared to around 7 million before the pandemic). These uncovered job positions can be found in all sectors and for all qualification requirements. In short, the rigidity of the supply of labour in the face of rising demand following the recovery of mobility reflects problems that were rarely seen in a labour market as efficient as that of the US.

What could be behind this differential behaviour of the labour force in this crisis? It is a combination of demographic, economic and even sociological factors. We have already analysed some of these reasons in previous articles:3 (i) family-related limitations, in the face of school closures for many months; (ii) the very generous unemployment benefits and other public transfers at the height of the pandemic; (iii) the early retirement of baby boomers, and (iv) the wealth effect resulting from price increases in the real estate market and the good performance of the stock markets.

This phenomenon of more (and earlier) retirements is a structural factor that could continue to weigh on the labour market in the coming quarters. The effect of the generous benefits and other transfers, meanwhile, will be gradually diluted and the rally in real estate and financial asset prices ought to moderate, especially if the shift in monetary policy is confirmed. However, there are other, sociological factors, such as people re-evaluating the balance of their personal and professional lives, which may also be playing an important role in these changes in the supply of labour, and predicting how long these phenomena will persist is more difficult.

Following a shock such as a pandemic, it is not uncommon for many people to have changed their scale of values. In the US, where work is a central part of people’s lives (Americans works more hours per week than people in any other advanced country) and where there is still a high prevalence of precarious work, it is less surprising to see people reassessing their professional lives. This would fit both with the change that has occurred in the labour force and with the high percentage of monthly resignations.

We could even be bearing witness to a paradigm shift in the country’s labour market, with a heightened «class awareness» among American workers. For instance, in a recent survey conducted by Gallup, 68% of workers approved the role of unions, the highest percentage in the last 57 years. But it is still too early to try to discern which of these changes could be diluted once we leave the pandemic behind us and which could be more lasting. As such, the transitory hypothesis will also be tested in the labour market in the coming months.

For the time being, as expected, the Great Resignation and its effect on the increase in job vacancies is leading to a rise in wages. The quit rate at the end of 2021 (3.2%) would be consistent with average wage increases even slightly higher than those we are currently seeing, at 5.5% (see third chart). Such wage rises will tend to prolong the inflationary pressures in the US and, combined with other factors, they have led to a major shift in monetary policy in the country.