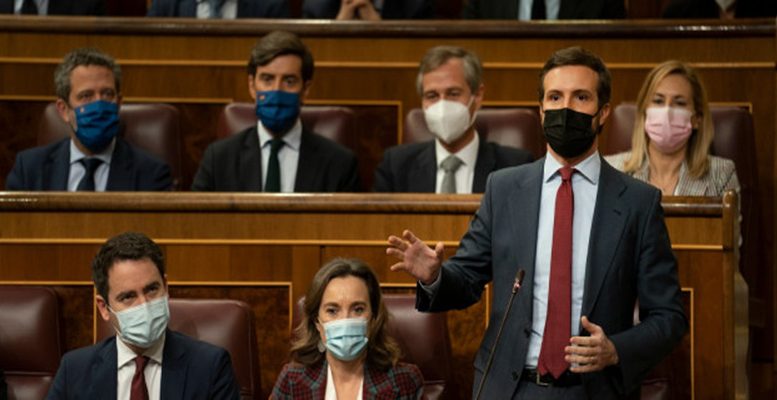 J.P. Marín-Arrese | The centre-right party leader, Mr Casado, has been at odds for months with the president of the Madrid region, Ms Díaz Ayuso. He has not provided any convincing reasons for refusing her bid to head the PP in the Madrid region. Now, we know he feared a corruption scandal might spark off as the regional government, which she heads, granted a public procurement to a family friend and her brother benefitted from a sizeable commission.

As news broke that the Party headquarters had spied on her family’s affairs to find incriminating proof of misconduct, Ms Díaz Ayuso publicly accused the Party leader of gross abuse, shifting the spotlight towards such dubious practices. Mr Casado clumsily raised the stakes by setting up an internal inquiry on her, only to close down the proceedings less than 24 hours later. He caved in to internal pressure as clashing openly with the President of the Madrid stronghold threatened to split the Party. Close to a reality show, this unedifying rift has crippled Mr Casado’s authority, while neither does Ms Díaz Ayuso emerge unscathed. The Opposition has taken the case to the Public Prosecution Service. While it seems highly unlikely it might lead to charges being made, evidence from the inquiry could prove highly detrimental to her political career.

Is it just a coincidence this underhand feud flares up in the aftermath of the disappointing results in the Castile-León elections? Maybe, but Mr Casado’s firm stance rejecting the extreme right’s demands to enter the incoming regional government and his readiness to call new elections instead, don’t hold any longer. Vox has bounced on the polls, overcoming the Popular Party for the first time. Incidentally, Ms Díaz Ayuso is the only Party leader favouring a coalition with Vox whenever it is needed to secure power.

Mr Casado bet Ms Díaz Ayuso sweeping victory at Madrid regional elections last year would help him in his bid for the Spanish premiership. Now he faces the dismal prospect of a challenge to his leadership in the Party’s Congress later this year. Worse still, the centre-right can no longer aim at becoming the only alternative to the Socialists to govern Spain. They are bound to go hand in hand with Vox, thus sharply reducing their combined chances of winning.

The time has come for the mainstream Parties to envisage a grand coalition or an arrangement providing a stable Cabinet in office and leaving outside extremists at both ends of the political spectrum. Brokering such an arrangement before the General Elections would sap their electoral backing. Besides, as both Parties bitterly wrestle to finish first past the post, there is no possibility they may come to an arrangement until the contest is over. However, Spain badly needs to secure a reliable government that inspires confidence in our European partners and that can face the economic and social challenges ahead.