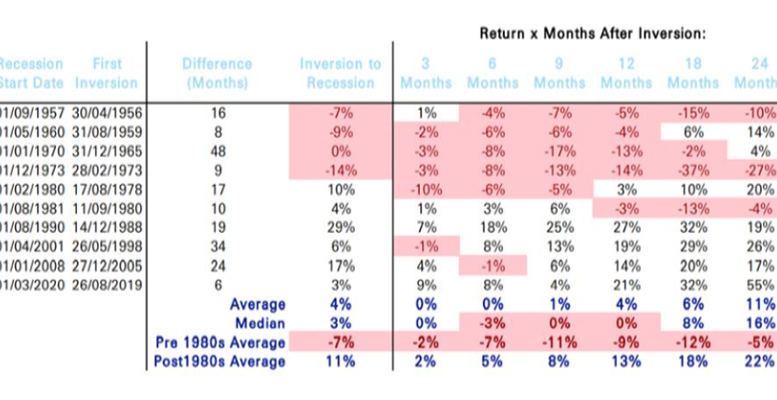 A&G | Last week we saw the US 2 year rate move above the 10 year rate. We refer to this phenomenon as a yield curve inversion and it has historically been a leading indicator of recessions, but a very leading indicator.

We should bear in mind that the sample is very small, as we only have data for 10 recessions and all 10 have been preceded by an inverted curve. That said, also on occasion, after an inversion of the curve, the economy has escaped recession.

As is the case after the start of the process of raising interest rates, on average stock markets have performed well in the months following the inversion of the curve.