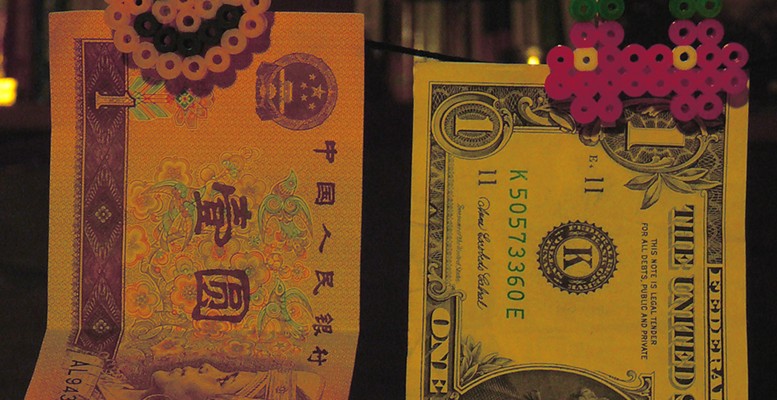 Marc Chandler via Caixin | A mountain peak is easier to see when viewed from a valley than from the summit. Similarly, it may be easier to understand the changes in China’s currency regime if we take a step back and try to look at the big picture. To find our path, we need to clear away some undergrowth that is distracting us from rigorous analysis.

With China’s economy slowing and exports weakening, devaluation of its currency could be a way to restore economic vigor. Many accounts in the Western financial press have tried placing the depreciation of the yuan in this context, but they are mistaken.

Consider Japan’s experience. The U.S. dollar has appreciated by more than 50 percent against the yen over the last three years, but the volume of Japanese exports has not changed significantly. The same can be said for Canadian and Australian exports. Their currency values have dropped significantly, without a corresponding rise in exports.

China is gradually climbing the value-added chain in manufacturing, but yuan-incurred costs remain modest compared with other large economies. That means that China’s exports will likely be considerably less sensitive to yuan fluctuations than Japan. The 3 to 4 percent depreciation of the yuan is unlikely to have a tangible impact on China’s exports.

Given China’s previous export-oriented development strategy, the frequent reliance on state action, and a heavily managed currency, many observers conclude mercantilism is the driver. But this is an incorrect interpretation. China’s currency machinations are designed to increase the internationalization of the yuan. Specifically, the country’s actions are understandable only within the context of its push to join the International Monetary Fund’s Special Drawing Rights (SDR) mechanism.

There are two formal requirements for winning reserve status at the IMF: being a large exporter and having a currency that is freely accessible. The former has not been an issue for years. China is the world’s largest exporter. It is the accessibility of the yuan that has been the stumbling block. However, over the past few years, the country has improved the yuan’s accessibility.

Numerous measures have been taken, including opening more than two dozen swap lines with foreign central banks, the development of offshore yuan trading centers, establishing the Hong Kong-Shanghai stock trading link, and the abolition of quotas for foreign central banks and sovereign wealth funds that invest in mainland bonds. This is not meant to be an exhaustive list, but simply cited to give a sense of the sustained campaign that China has undertaken.

The above steps were also taken to satisfy some operational requirements needed for the country’s IMF push. The value of the SDR is determined daily. The participating central banks give a fix, or a daily reference rate, for their currency to the IMF. This fix needs to be a market price. Before August 11, the yuan’s fix was not a market price and had little to do with the spot market. The central bank’s measures were thus aimed at closing the gap between spot price and the fix.

Closing this gap created another operational challenge. The offshore yuan diverged with the onshore yuan. This is a barrier to SDR entry because the gap between the two meant that the offshore yuan was not an effective hedging tool. If central banks are to hold yuan-denominated bonds they need a deep hedging market.

With official indications hinting at a strong probability of the yuan joining the SDR, two questions arise. First, the currencies in the SDR are assigned a weight based on its trade and reserve status. Given China’s export prowess, it suggests the yuan should be a major currency in the SDR. However, it is not widely used as a reserve currency. The IMF estimates the yuan’s share of reserves at just over 1 percent of global reserves. Entry into the SDR is a sufficient victory for China, and if it is assigned a low weight now, that would be acceptable. The SDR currency weightings are reviewed every five years, and continued evolution of the yuan may see its weight increase in the future.

What does the yuan’s entry into the SDR mean for China and the global economy? The direct and indirect economic consequences are minor at best. On the margins, it may encourage some central banks to have yuan in their reserves, but officials move at glacial speeds. With low interest rates, a currency that is not simply appreciating as it did for several years, and liquidity issues, maybe this is the not the best time for foreign central banks to shift reserves into yuan, even if it becomes easier to do so.

If that is true, it begs another question: Why should joining the SDR be such an important goal for China? It seems to be an issue of status and prestige. This is not a judgement. It is a description. It is clear that there is a tendency in China to feel mistreated by the United States and other high-income countries and of not getting the respect it believes it deserves. It has been blocked from getting a higher voting share at the IMF because the U.S. Congress has failed to authorize funding. The Trans-Pacific Partnership agreement appears to be written in such a way that it may preclude China from, joining for many years

Joining the SDR would be a sign of recognition of the incredible progress that China has achieved in opening up its markets and internationalizing the use of the yuan. The international goal has helped focus China’s financial reform efforts, in a similar way that joining the World Trade Organization in 2001 facilitated earlier reforms. It is an unequivocal acknowledgement that China is among the great financial powers.