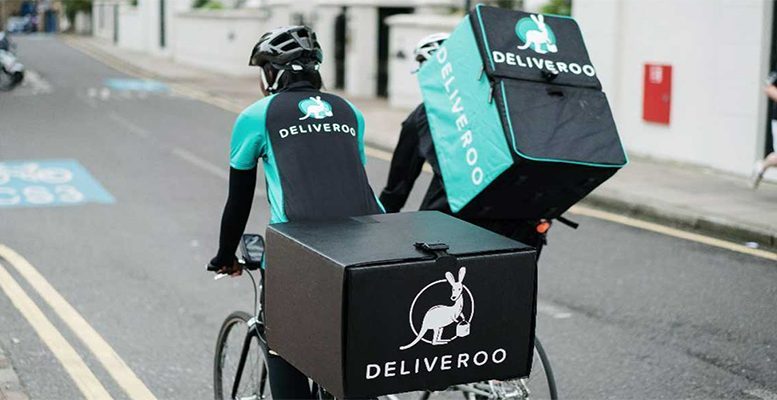 The new type of labour relations explains the the current high rate of part-time, temporary and self-employed workers (19.4%, 12.2% and 13.7%, respectively, in 2017). “Most of our parents and grandparents spent their whole lives working at the same company where they began their career –something which is unthinkable for young people joining the labour market today”, says analysts from CaixaBank Research.

The rise of the sharing economy has led to the creation of a new type of non-standard employment: «on-demand» employment. Digital platforms facilitate this type of employment by reducing transaction costs and allowing supply and demand for employment to be matched in real-time. To draw an analogy with human relations, a standard job would be like a marriage, whereas working in the sharing economy would be akin to going on a series of dates arranged through a dating app.

Specifically, so-called on-demand employment can be grouped into two broad categories: gig employment and cloud working. Gig employment is characterised by individuals using digital platforms to search for customers to whom they can offer their services, some of which are more labour-intensive (such as a delivery service) while others are more capital-intensive (such as home rentals). Cloud working, meanwhile, involves companies making requests online for tasks or services they need. Online job markets, such as Amazon Mechanical Turk, Freelancer and Upwork, are used to request a wide range of services, such as computer programming, design, translation, administrative or accounting tasks, etc., many of which were not so easy to outsource up to now. These services often consist of simple micro tasks that can be carried out quickly, such as filling in a survey, while others involve more complex jobs, such as designing an entire website.

Despite the visibility of some jobs that have been generated through the sharing economy (just think of the meal delivery bicycles that have appeared in most cities), it is difficult to estimate precisely how many people work in the sector. Official statistics, such as the labour force survey (LFS), do not currently include details about these jobs, nor do the digital platforms provide any detailed data on how many workers use them. However, as pointed by CaixaBank Research, there are studies that try to estimate the number, using big data algorithms.

“Other estimates based on surveys, tax data or banking transactions point towards higher percentages, albeit with measures that are not directly comparable. Around 22% of the US population has offered services through online applications at some time,while in the EU the figure lies somewhere between 1% and 5%.”

Employment in the sharing economy therefore represents only a small percentage of the labour force, but it is growing fast.

Employment in the sharing economy offers clear advantages in terms of flexibility. Individuals decide when and where they work, which allows people who otherwise would not have worked, due to mobility issues or other restrictions, to do so. In addition, the low cost of entry helps individuals who previously would have been easily excluded from the labour market to gain access. For example, according to Über, 25% of its drivers in Paris were unemployed before starting work, and many resided in deprived banlieues, where unemployment is high. Yet, by using applications of the sharing economy, they obtained employment and income in times of need.

However, there are disadvantages too: the working conditions of on-demand jobs tend to be worse than in other kinds of employment. In particular, the median wage for these jobs is well below the minimum wage, and the number of weekly hours worked is half that of all other workers (see second chart). In fact, for many of them, such is the supplementary and intermittent nature of the work that they often do not even consider that they are working. As for working different jobs, or moonlighting, performing a multitude of tasks makes it difficult to specialise and develop a career. Furthermore, the greater job insecurity associated with this type of work can have health-related consequences, in terms of anxiety, stress, etc.

One topic which generates controversy is the employment status of individuals who perform on-demand work. At present, the work performed in the sharing economy is legally considered self-employed work, since it shares many characteristic elements. The individual chooses when they work and how many hours they do so for, they provide the resources needed to render the service, such as a vehicle they own, and they charge only for each service provided. However, some elements of their work have more in common with that of an employee, particularly with regard to pricing and service conditions, which are often dictated by the applications. In addition, these companies operate using online reputation tools, such as ratings, and they design algorithms that affect the likelihood of an individual being chosen to provide a service, even having the power exclude them from the platform altogether. In doing this, the platforms are exercising control mechanisms on service providers that are more typical of those used on employees and, like employees, the service providers are obliged to follow them.

With regards to labour rights, those working in the sharing economy do not tend to have the right to collective bargaining or the right of association to negotiate the conditions of service delivery with the platforms, nor are they covered by other fundamental workers’ rights such as non-discrimination. Furthermore, the idiosyncrasy of the work performed – involving a multitude of services, clients, etc. – limits the social security coverage they can enjoy and the accumulation of their rights.

All of these issues have led to a debate about whether a specific legal status for these workers is necessary. Several proponents, such as Harris and Krueger, have argued for a status of «self-employed worker» that would include certain rights, such as the right to organise, but not others, such as minimum wages or unemployment insurance. In fact, some platforms are now beginning to offer an occupational accident insurance to their «workers» or the right to organise. Some countries, on the other hand, already have a framework in place for «dependent self-employed workers». Although such frameworks were put in place prior to the arrival of the sharing economy, they could still serve as a good fit.

While the debate remains open, and will no doubt depend on each sector and particular platform, it is important to note that many characteristics of working in the sharing economy are similar to other non-standard work, hence they can be considered together. For example, people working non-standard jobs have difficulties accumulating welfare benefit rights, and this has led to increased support for the proposal to link rights to individuals, rather than to jobs. The rights could therefore be accumulated and moved from one job to another, such that they would not be lost, which would also facilitate flexibility in the labour market. In short, the need to adapt social welfare is not just limited to employment in the sharing economy, but also extends to all the «non-standard» jobs that are becoming increasingly commonplace in 21st-century economies, in which globalisation and technological developments are changing the way we produce… and work.