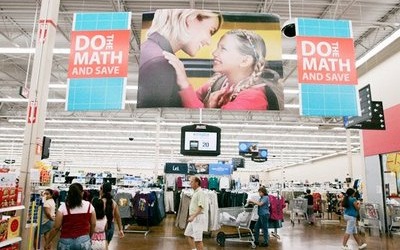 By CaixaBank research team, in Barcelona | The US economy is leaving behind its vigorous start to the year and is on way to a weaker scenario than the consensus had expected at the end of April, after the publication of the gross domestic product (GDP) flash estimate for the first quarter. The main reason for this weaker tone lies in the loss of dynamism in the labour market’s recovery. A weaker labour market inevitably leads to a standstill in household income, which therefore ends up affecting private spending on consumer goods, this being the driving force behind activity, especially considering its strong contribution to growth in the first quarter.

However, our forecast for the GDP flash estimate for the whole of 2012 remains close to 2.0% as the improvement in the housing market and particularly the drop in oil prices could offset a large part of these weaknesses. The risk, nevertheless, is of worse figures as the euro area crisis continues to encumber the US recovery and oil prices are still subject to notable uncertainty.

Private consumption is unlikely to maintain its rate in the first quarter. Household disposable income grew in real terms by 0.9% year-on-year in April, far below the rise of 2.1% occurring in private consumption. With income almost at a standstill, the other means of sustaining growth in consumption is through debt but this is limited by households’ asset situation. Although it’s true that families’ financial wealth had been recovering over the last few months, their real estate wealth, which is the main tangible asset for households, is still below the secular trend.

The main problem for households’ asset balance is still the high level of debt, which has managed to get halfway back to normal. Household debt rose to 109.2% of disposable income in the first quarter of 2012. This represents a reduction of 19.9 percentage points from the peak of September 2007 but is still 17.8 points above the level of 91.4%, the average for 2000, one year before the start of the real estate bubble. Retail sales confirm this slowdown in consumption compared with the first quarter, aided by an abnormally mild winter. In May, retail trade, excluding the fluctuating cars and petrol, posted its second month of decline, taking year-on-year growth in real terms to 2.3% when this figure was 3.4% in March. Similarly, the Conference Board consumer confidence index fell by 6.8 points between February and May, standing at 29.4 points below its historical average.

One support for consumption could come, however, from falling oil prices. A drop of 10 dollars in the price of a barrel of crude supposes, via savings in petrol, a larger budget for the rest of the shopping basket equivalent to around 0.3% of GDP. The average price of oil in the first four months of 2012 was 118.6 dollars per barrel, so that the level of 90 dollars per barrel when this report was being written, should it continue, would lead to savings equivalent to 0.8% of GDP in one year. Consequently, although the fluctuating nature of oil prices means we should remain cautious, the scenario has certainly changed.

Be the first to comment on "The United States: diminishing growth"