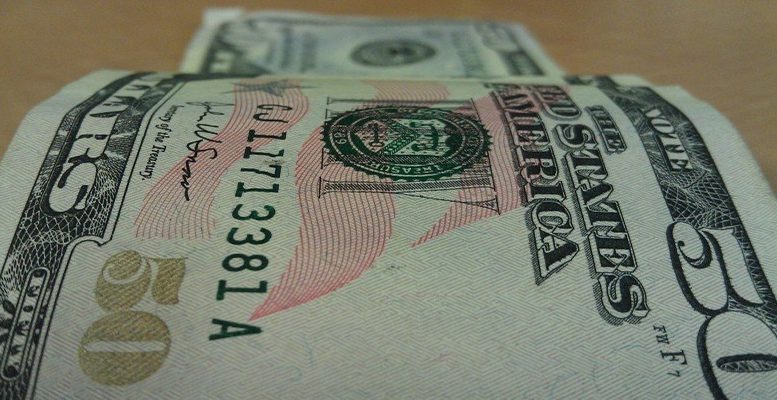 Evan Brown (UBS) | A stampede to safety in financial markets fueled by the spread of the COVID-19 pandemic propelled the real value of the trade-weighted US dollar to its highest in over a decade in March, reaching levels not seen since 2002.

The ensuing US monetary policy and public health response to the crisis are key reasons why we believe March will mark the climax of the US dollar’s multi-year run, with further weakness to come. Two pillars of the dollar’s strength – a superior growth outlook and substantial yield premium – have significantly eroded, while the promise of rising political uncertainty threatens to amplify USD headwinds over the tactical investment horizon.

Among advanced economies, the US is acutely vulnerable to a recovery that comes in fits and starts because of its subpar results in controlling the spread of the virus or instituting effective track and trace measures that would mitigate the impact of regional outbreaks.

An absence of widespread shelter-in-place orders may not prevent deteriorating health outcomes from weighing on the US recovery. Localized lockdowns may still occur in areas where hospital capacity is overwhelmed. Consumers may become more cautious and forgo discretionary activities like dining at a restaurant. Data from restaurant reservations app OpenTable for cities which have recently seen a sharp uptick in cases suggest this trend may be taking hold. These regressions in curbing infection rates may also prompt companies to unilaterally close in certain ‘hot spot’ locations, as Apple has done in many southern states.

We expect these dynamics will foster lingering concerns that the US road to recovery will be bumpy compared to nations that have had more success in controlling the virus, such as Germany, South Korea, and Japan. This undercutting of the growth premium previously attached to the US dollar should occur in tandem with a downward adjustment in its value vs. many other currencies.

Macro uncertainty is only barely off the boil, but the demand for greenbacks associated with market turmoil shows to us that the crisis phase is firmly in the rear-view mirror. Other central banks have decreased their swap lines outstanding with the Federal Reserve, signaling that the global scramble for dollars is lessening and can be more easily satisfied through traditional funding markets rather than emergency measures.

An important gauge of credit risk, the three-month Libor-OIS (overnight index swap rates) spread, has normalized to early 2020 levels. In addition, the three-month annualized hedging cost of US dollar exposure relative to the yen, euro, or pound has retreated to multi-year lows. German and Japanese investors have had to take on foreign exchange risk and be long the dollar in order to garner a superior return by investing in 10-year Treasuries compared to local sovereign bonds since Q2 2017 and Q4 2018, respectively. Tumbling hedging costs allow for Treasuries to be bought without this dollar exposure, mitigating a source of support for the currency. FX-hedged 10- year Treasury yields offer roughly 15 basis points of additional yield compared to their Japanese counterparts, and about 30 basis points over German bunds.

The ebbing of peak financial stress was soon followed by high frequency data pointing to a nascent global economic upswing. And since the Plaza Accord of 1985, an agreement to bring down the value of the USD entered into by the then G5 nations – US, UK, West Germany, France and Japan – passing the trough of the business cycle has coincided with weakness in the greenback.

Countercyclical monetary policy lays a foundation for a recovery, thereby encouraging the unwind of long-dollar positions built up during risk-off episodes in markets and offering support for commodity prices, which typically move inversely to the dollar. For reference, the retreat in the Dollar Spot Index and Bloomberg Dollar Spot Index since the March high is currently less than half of the drawdown that came in the months following the conclusion of the GFC-era bear market in global equities.

The convergence of Treasury yields relative to their advanced- economy counterparts amid the Federal Reserve’s descent to the zero lower bound, aggressive asset purchasing program, and potential imposition of yield curve control bolsters the case for dollar weakness at this particular inflection point.

The period since US stocks hit their post-pandemic peak on June 8 throws into sharp relief how the deficient American public health response is becoming visible in financial markets.

Equities, on a geographic basis, have diverged from their usual relationships with factors and fixed income. Treasury yields declined by 20 basis points over this span, while value stock benchmarks have lagged their growth peers by roughly 9 percentage points. These two trends tend to be associated with the outperformance of US stocks relative to the rest of the world, since the S&P 500 Index is dominated by mega-cap tech giants more so than other global markets. Growth stocks tend to provide better returns when activity is expected to be meager and borrowing costs are low.

But even though the US tech-heavy Nasdaq 100 Index is down only marginally over this span, global stocks ex-US dropped just 3.3% from June 8 through June 26, compared to a 7% pullback in the S&P 500 Index.

Particularly large drawdowns in US cyclically-sensitive stocks have been a key driver of this gap in returns. For instance, European industrials and banks have fallen 7 percentage points less than their US counterparts, underscoring how the continued uptick in coronavirus cases in populous, economically significant states is dimming optimism about the speed of the US recovery. Chinese tech stocks have also booked healthy gains during this stretch of flat performance for the Nasdaq 100 Index.