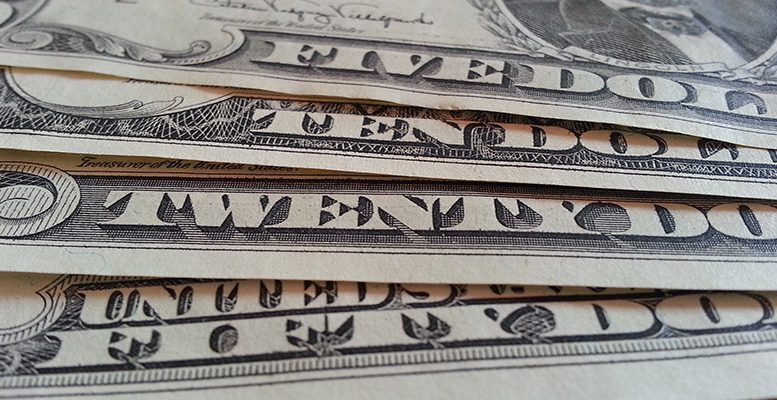 Arturo Bris via The Conversation | Stock markets have been very strange this year. We witnessed the fastest sell-off in history between February and March, with the S&P 500 falling more than 30%, only to enjoy the best recovery ever, reaching an all-time high on August 21.

Institutional investors and especially pension funds have gone from panicking to completely reconsidering their long-term asset allocations. What we thought would be the biggest stock market crash in history has led to a fundamental reconsideration of the key risks around financial investments.

For international investors in general, currency risk – above all the weakening of the US dollar – has become the most important financial risk of the year. In spite of the pandemic, it has even overshadowed their considerations about specific firms and sectors.

For a European investor, for example, US markets have yielded about 5% in US dollar terms) in the first eight months of 2020. Translated back into euros, however, that return is 0.5% because of the depreciation of the US dollar over the past two months.

Some commentators have even been wondering whether the US dollar might be in danger of losing its privileged place as world reserve currency. Thanks to this status, the dollar is used in most international financial transactions. This gives the US certain economic advantages, such as being able to borrow cheaply and having more leeway with its national balance sheet.

For the dollar, 2020 has been the perfect storm. The pandemic has taken a particularly heavy toll on America. The sudden stop of the economy resulted in a massive drop in consumption and production, disrupting global supply chains and affecting commodity prices worldwide.

The Baltic Dry Index, often used as a measure of global trade and economic activity, fell 6% between January and May. This meant that the prices of many commodities have fallen as well, as can be seen in the CRB Commodities Index below.

For example, the World Bank expects oil demand to have fallen by an unprecedented 9.3 million barrels a day in 2020 from the 2019 level of 100 million barrels per day. Because oil and many other commodities are priced in dollars, weaker demand has meant a drop in demand for dollars too.

On top of this, the health crisis caused by COVID-19 was not confronted properly by the US authorities, so the country recorded the fifth highest death rate after Peru, Spain, Chile and Brazil. This has eroded consumer confidence and extended the prospect of a severe recession, with recovery delayed until 2022. The OECD estimates that, at best, the US economy will contract by 7.3% (and 8.5% if there is a second wave of pandemic).

Finally, the US dollar has been penalised by the presidential election. Financial markets like stability, so the prospects of a change in the presidency make the recovery more uncertain. Historically, volatility in the stock market rises in the months leading up to an election (albeit less so in recent years), and this weakens investors’ demand for dollars. Investors also fear that Donald Trump is not coping with the COVID-19 crisis, especially on the health front.

A cheaper currency has made imports more expensive for the US and has therefore further worsened the domestic economy. Yet it has also affected many other variables of the world economy. As other currencies have appreciated, exporting economies such as Brazil and India have suffered a lot. Consequently international investors have re-oriented their portfolios towards other developed economies, particularly European ones.

On the other hand, all countries with their currencies pegged to the dollar (especially those in the Middle East) have become more competitive. This has offset the damage from both the pandemic and declining oil prices.

On the whole, we shouldn’t worry too much about the weaker dollar. It is still relatively strong, having appreciated 17% against the euro between 2010 and 2020 even allowing for its current weakness. On the whole, the concerns about the future of the dollar as the world’s reserve currency are probably unfounded.

The dollar will probably rise as the political uncertainties are resolved, and this will happen sooner rather than later. I think we have seen the worst already.

For the next year, the financial markets now expect only mild adjustment: the US$ to euro 12-month forward rate – what the euro will be worth in US$ a year from now – is 1.19553 as of August 21, only 0.7% lower than the current trading rate. And 24 months from now, the dollar is expected to be 1.5% higher against the euro than at present.

Gold prices are another signal of comfort. When the dollar falls, gold rises. As of mid-August, gold prices had risen by around 30% since January 1. In five years, gold has appreciated by almost 80%, equivalent to 12% on an annualised basis.

By comparison, in the same period the S&P 500 has returned 10% on an annualised basis, and only 5% since the beginning of the year. However, gold forward prices – what the market thinks gold will be worth in future – are coming down now: they peaked in early August, and are now back to the levels of one month ago.

In conclusion, we should not expect a completely new financial order where, perhaps, a basket of global currencies or the Chinese yuan or Swiss franc take over from the US dollar as the world’s reserve currency. Most global trade transactions will still be denominated in the US currency; oil and other commodity prices will be in dollars; US stock markets will for a long time be the largest and prices of securities will be mostly dollar-denominated. The dollar may be soft, but not for long.