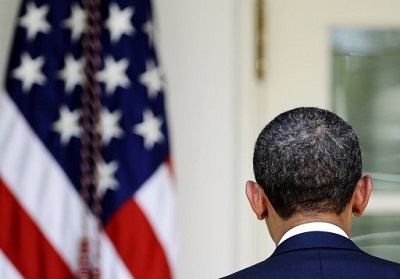 LONDON | Investment company Threadneedle told clients that the market has increasingly moved its US economic forecasts towards more conservative views. Threadneedle explained in a technical note that, although it had updated its forecast for US economic growth in 2012 from 1.5% to 2% after some strong first quarter data, it too remained of the view that the US economy will slow in the second half of the year. Analysts said some form of austerity is on its way to Washington:

“Our view is driven by an expectation that capital expenditure and a ramp-up in employment will be impeded by uncertainties over the fiscal environment at the end of the year. As things stand, there is a ‘Fiscal Cliff’ which will see an extremely sharp contraction in government spending and a rise in personal taxes, taking around 3.5% out of the economy.

Our economic forecasting group expects that there will have to be some agreement between Democrats and Republicans to smooth the fiscal austerity programmed into the government’s plans, but not until after the November elections.”

Threadneedle reported that their conversations with management at large US companies so far confirm that investment decisions are all being postponed until after fiscal clarity is delivered. Furthermore, it will become incrementally harder, absent a major market dislocation caused perhaps by an event in Europe, for the Federal Reserve to apply new unconventional monetary stimulus as the election approaches in November, and this poses a potential threat to the stability of the bond market.

“but government bond yields look to be at rock-bottom levels, with inflation-linked bond yields offering investors the ‘opportunity’ to lock in negative real rates of return for the next 15 years. And cash offers next to nothing.

“In this context, we have been comfortable taking a modest amount of these high risk premia in exchange for the meaningful risks on the horizon.”

As for Europe, Burgess indicated, the investing firm has “concentrated what euro zone equities we have in Germany.”

The social consequences of Greece entering its sixth year of recession are clear, and maintaining social cohesion during periods of massive austerity is going to be profoundly difficult, Threadneedle experts said. They remarked that this being true to a lesser extent in Spain, Italy and even France, Germany was left somehow isolated. Heightened tensions are likely to cause financial markets some difficulty.

As for the non-euro partners,

“Economically, we find it hard to get excited about the prospects for the UK. With its main trading partners across the Channel stuck in an economic-financial-monetary-political quagmire, the coalition government’s austerity only just beginning to bite, and the (at least) temporary cessation of quantitative easing, we maintain our forecast for zero growth in 2012, and have initiated a forecast for an extremely anaemic pick-up to 1% GDP growth in 2013.

“We are finding plenty of high quality companies, and remain overweight UK equities due to the attractive valuation of their international earnings. Gilts, on the other hand, offer little value.”