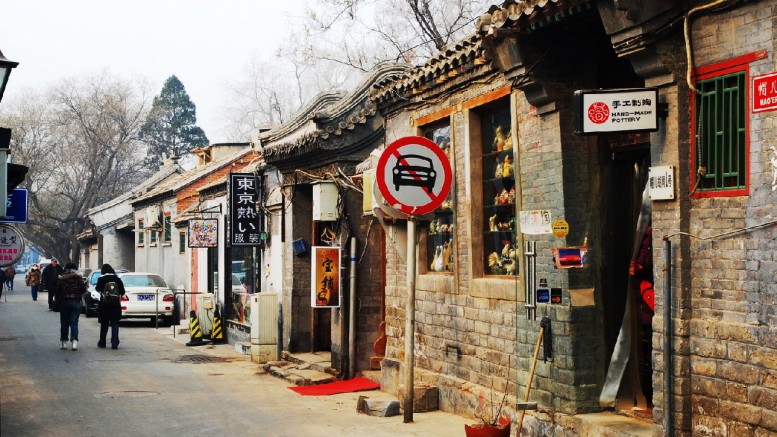 A recent academic report on wealth inequality in China shows that the top one percent of households holds one-third of total assets, while the bottom fourth holds only one percent.

The report, published by a research institute in Peking University, says the Gini coefficient, better known for its application in income distributions, shows that the gap in wealth between households in the country has considerably widened. The Gini coefficient has increased from 0.45 in 1995 to 0.73 in 2013.

A Gini coefficient of 0 would mean that every household has the same amount of property, while a coefficient of 1 would indicate that all wealth is owned by one household.

These statistics, provided in the Institute of Social Science Survey’s 2014 China Welfare Development Report, are not out of the ordinary by global standards. But they mark a dramatic change from the situation as recently as 2000, when China had the second most equal distribution of wealth in the world according to the U.S. National Bureau of Economic Research.

The lead author of the report, Institute director Xie Yu, said in an interview with Caixin that wealth inequality in China is relatively high, but hasn’t passed a level where it would be likely to cause social instability. Excerpts of that interview follow.

Caixin: Is the Gini coefficient for wealth inequality like the Gini for income inequality, which has an internationally accepted “warning line” that shouldn’t be crossed? Will the current level of wealth inequality have an impact on China’s social development?

Xie Yu: I don’t agree with this view. The so-called “warning line” doesn’t exist, in either wealth inequality or income inequality.

Actually, the public is still tolerant of growing wealth inequality, as long as wealth is amassed legitimately. We place more emphasis on the reasonableness and legality of the way someone gets rich than on how much money they have. What Deng Xiaoping’s famous pronouncement – “Let some people get rich first” – really means is that “you can be rich, and I can also be rich.”

But on the other hand, relatively poor people in countries like the United States don’t have too much to worry about, because their health care and pensions are guaranteed by society. In China, where those costs aren’t provided for as well, poor people without property as a safety net are more anxious.

In addition, the vast majority of rich people in the U.S. donate a portion of their wealth to charity, but wealthy Chinese people still donate very little. In this and other ways, private property can help provide for the needs of public goods.

Why do you think Chinese people are willing to accept wealth inequality?

In my 2010 article Understanding China’s Inequality I argued that inequality is unlikely to lead to political and social instability for three reasons.

First, China’s inequality is manifested more through a collective form as a group compared with another group rather than individuals against individuals. That means the hard feelings about inequality are softened by the sense of belonging to a group.

The second reason is ideological. Despite the strong moral appeal of equality in China, the country’s traditional culture is relatively tolerant of inequality. But I think that most people tolerate inequality only when they can advance to a higher class of social status through their own efforts.

Third, some Chinese people believe that economic development itself may lead to inequality. We want to develop and improve people’s lives, and it is difficult to avoid inequality in the process. Thus some of the people dissatisfied by inequality grudgingly accept it.

These three factors mean that the problem of inequality in contemporary China is unlikely to lead to social instability. And I think that Chinese society also has certain mechanisms, such as politics, culture, public opinion, family, social relationships, etc., to regulate the social harm that inequality does cause.

Be the first to comment on "Top One Percent Has One Third of China’s Wealth, Research Shows"