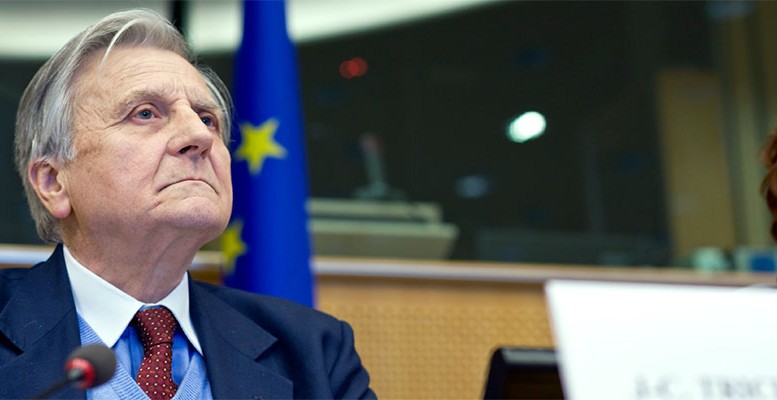 On Thursday in Brussels, the ex-President of the ECB warned that the political and economic authorities would have little room to manoeuvre in the face of a new crisis after the central banks exhaust their QE. According to Jean Claude Trichet, it’s one of the most systemic risks in the advanced economies while we live in “very difficult times in our democracies”.

His 8 years at the helm of the ECB, including during the early onslaught of the Great Recession unleashed in 2007, allow Jean Claude Trichet to provide some perspective on the progress of the European and global economies. One of the legacies of the crisis is that the central banks have embarked “enormously in monetary policy accommodation”.

The Federal Reserve printed 4 billion dollars in response to the last financial crisis and the ECB has spent more than a billion on its debt purchasing programme which will rise to 2.3. For that reason, “we will clearly have less margin in the next downturn than we would normally have,” Trichet says.

The results of these massive debt purchasing programmes carried out by the central banks in the US, the Eurozone, the UK or Japan are starting to be consolidated. Inflation in the European monetary union has rebounded to 1.8%, in other words, it’s at three-year highs. Meanwhile, the latest data on business activity confirms GDP is expanding on the continent. But Trichet shunned this situation.

For Trichet, another systemic risk which is a legacy of the crisis is “the dramatic increase” across the world of public debt in proporation to GDP. From 2007 to 2015, in scarcely 8 eight years, the ratio of debt to global GDP has grown 25 percentage points from 250% to 275%. A mountain of debt which is difficult to digest and heightens the uncertainty over the future of the economy. “If this is a measure of global financial instability, we are less stable than in 2007,” according to Trichet.

The Frenchman believes that the current situation in fiscal terms is “obviously very grave and when we will be in the downturn, our ammunition is going to be very limited.” For that reason, “the world is probably more risky today in some aspects than even that it was in 2007 or 2008.”

Amongst these risks, there is a return to trade protectionism or the dismantling of part of the banking regulation. In Europe, thanks to new sector rules, the level of banks’ better quality capital has increased over 4 points in the last few years.

“To take a step backwards, and get involved again in deregulation and forget the consensus we reached after the serious crisis which began in 2007-2008 in the advanced economies would be a complete mistake,” Trichet stated. And he believes citizens would not share this path.

Without meaning to, the ex-President of the ECB skipped over Brexit, the Trump administration and the emerging electoral populism in part of Europe. But he did not directly mention them, as if he didn’t want to actually name the devil. The political class should “take the messages we get from our citizens very seriously…there is an element of frustration.

Geopolitics like the economy is a systemic risk which is difficult to evaluate, but Brussels is worried because it calls into question the liberal order in existence since the end of the Second World War. “Our democracies are living very difficult times,” Trichet acknowledged.