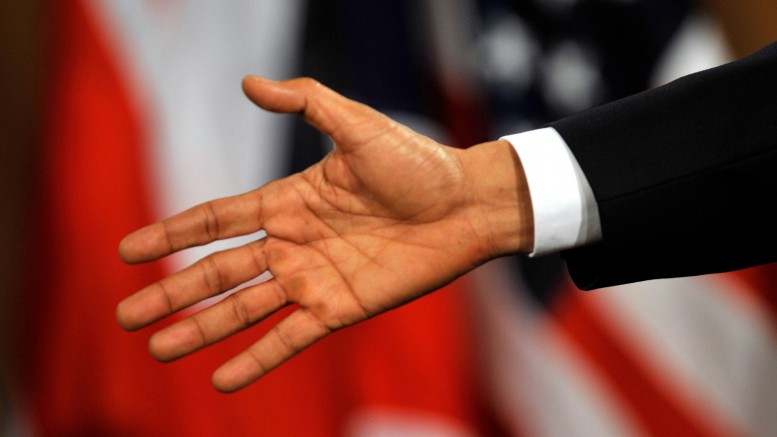 After the European Union, the biggest sales market for German exports in 2013 was the USA (8.2%). In fact, according to the Federal Statistical Office (Destatis), Germany’s largest export surplus (€40.8 billion or 20.1%) was derived from its trade with the United States. Therefore, any free trade and investment deal signed between Germany’s two biggest trading partners has crucial relevance for this nation of exporters.

Angela Merkel has made it clear that “the world doesn’t wait for Europe”, referring to movements in Asia to create a free-trade area in the Pacific. Gunter Rieck, Co-ordinator for International Economic Policy at Konrad-Adenauer Foundation, a think-tank associated with the Christian Democratic Union Party (CDU), points out the TTIP’s economic relevance for  safeguarding  employment and  creating new jobs while also underlining its geopolitical implications too.

“Europe and the US share common values; a comprehensive and non-discriminatory trade agreement could set new and better standards for international trade, e.g. concerning ISDS. Otherwise, these standards will be set by other protagonists that don’t necessarily share our values,” says Günter Rieck.

According to a study from the Cologne Institute of Economic Research (IW), around 600,000 jobs in Germany depend directly or indirectly on exports to the U.S. As IW estimates, the trade between the two states in manufactured goods alone currently involves an annual €3.5 billion in customs duties – a cost which raises prices. Moreover, legal regulation, such as different product standards, impedes trade needlessly. Thus, the study concludes that TTIP could not only help to secure these jobs but also bring more prosperity to consumers and companies on both sides of the Atlantic. Michael Hüthler, IW’s director and author of the study, also emphasises the strategic opportunity of the TTIP.

“For Europe, and for Germany in particular, there is a geopolitical question to be answered: whether we want to form a G3 with the USA and China and jointly shape the destiny of the world, or be content to sit on the sidelines and watch,” he warned.

Another study by the European Commission predicted that an ambitious TTIP deal would boost the EU’s economy and that of the US permanently. Nevertheless, a study published by Jeronim Capaldo, researcher from the American Tufts University, envisages a totally different scenario. According to Capaldo’s study, the TTIP would lead to net losses in terms of GDP, jobs and net exports in the European Union after a decade, compared to the “no TTIP” baseline.

This study raises the doubts that this agreement has awakened all around Europe, especially in Germany. Indeed, it is in Berlin where the European Citizens’ Initiative “Stop-TTIP” has its headquarters. The campaign ‘Stop TTIP’ has already gained the support of more than 320 civil society organizations, trade unions and consumer watchdogs from 24 EU Member States and has collected more than a million signatures over the span of two months.

Two of the main criticisms of this initiative surround the inclusion of investor-state dispute settlements (ISDS) and rules on regulatory co-operation.

“Both procedures would give big corporations the possibility to influence or attack laws and regulations that threaten their profits,” says Dr. Michael Efler, representative of the Citizens’ Initiative Committee.

“ISDS is not necessary because we have a quite good public court system in the EU and the US. ISDS would give foreign investors extra powers that domestic investors don´t have. It´s a one-way procedure because only the investor can sue the government and not vice-versa.” Regarding regulatory co-operation, Dr. Efler also warns that it would give business an opportunity to intervene in the rulemaking process at the earliest possible stage.

According to a joint paper from the German Economy Ministry and the Confederation of German Trade Unions (DGB), both oppose investor protection clauses and investor-state arbitration (ISDS). However, Merkel’s coalition partner and Minister of Economic Affairs Sigmar Gabriel stated this week to ‘Der Spiegel’ that as leader of the Social Democratic Party (SPD), he will ask his Party in a convention before he approves the free trade agreement between Canada and the European Union (CETA), which includes an extensive investment protection chapter and ISDS process. Thus, once again the German Parliament could have the last word on CETA and TTIP.

Be the first to comment on "TTIP: Germany’s got the upper hand"