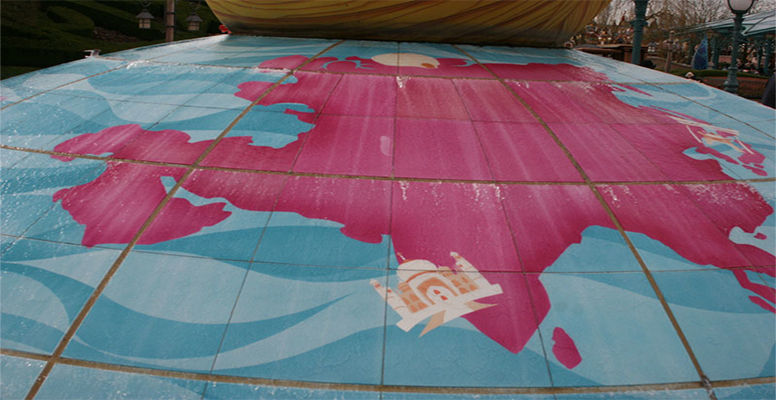 BEIJING | Alberto Lebrón | When the Asian crisis began in 1997, there were some countries which thought they were unjustly treated. For example, South Korea. At that time, it’s economy was relatively solid, growing at around 2 percent. But the disorderly arrival of hot capital, which later took flight to the U.S., caused annual GDP growth to fall over 6 percent. It was the first real crisis with a global impact, not least because it was triggered in Thailand, a relatively small economy.

Today, nearly twenty years on, the same pattern is being repeated, although the prinicipal actors involved are much better prepared than they were then. In the wake of the current international financial crisis, a lot of capital outflows found refuge in Asia, the undisputed world economic growth driver since Lehman Brothers’ demise in 2008.

Apart from China, other countries like Indonesia or The Philippines have been growing at an average of 6 percent since 2010. That said, a large part of this growth is due to the inflows of foreign capital which could return to the U.S. if Janet Yellen hikes rates in December.

So the question is: Are the Asian countries ready to face a restrictive monetary cyle imposed by the U.S.?

Malaysia is the country which gives the most cause for concern at the moment. As capital exits abroad, its currency depreciates significantly, reaching minimum levels unheard of since the crisis of 1997-1998. The ringgit’s weakness makes imports more expensive. And although this should improve the export sector’s performance, the dependence on consistently cheaper raw materials makes it very difficult to balance the books. But the real problem lies with Malaysia’s foreign debt. In dollars, this debt has grown to the equivalent of 33 percent of GDP. Much of the liabilities are short-term which, with dwindling reserves, seriously increases the risk of default. The U.S. did not raise rates in September simply because of the domino effect its decision might have on Malaysia and the whole of the Asia-Pacific region.

Indonesia is also at a very important crossroads. Its huge dependency on foreign capital makes it very vulnerable to any outflows. Its bonds, for example, are paying the best rates since 2011. The stock markets have registered an accumulated annual drop of 20 percent, while the rupiah is trading at the lowest levels for the last 17 years. This means that the country is not receiving any capital inflows. Against this backdrop, it would be advisable to to raise rates, also taking into account that inflation is running at over 7 percent. But that could fuel an even greater slowdown in economic growth. If, however, the U.S. hikes rates, Jakarta would not have any option but to do the same. Indonesia, which urgently needs structural reforms, also seems to have bought time from the Fed.

Hong Kong, whose currency is pegged to the US dollar and has free capital movement, would have to raise rates when the Fed decided. Real estate prices in Hong Kong have have doubled since 2009. And if they collapse, that could have a very adverse effect on consumption. In any event, Hong Kong depends more on what is happening in another emerging market: namely, China. It is precisely the economic slowdown in China which is the greatest risk factor for countries like South Korea and Taiwan. In July, for example, Korean exports fell a not inconsiderable 15 percent. And in Taiwan, they have also seen a nearly double digit drop this summer. For Taiwan and Korea, capital flight to the U.S. should not present a problem given that they both have more reserves than in 1998. In fact, a depreciation of their currency if there were a rate cut would be desirable as a way to boost export growth, as Taiwan appears to have done. The rates in Taiwan have begun to fall for the first time since 2009.

But is there one country which is not being affected by the decisions or conjunctural circumstances of others? Yes, there is a country which is much better prepared than before to deal with all this turbulence: namely, India. The Asian elephant is stirring and growing faster than China. Furthermore, inflation is lower than in 2013 thanks to the new government’s reforms. There are less capital outflows as well because fiscal measures are being implemented to attract more direct foreign investment. And the expensive petrol subsidies have been cut, taking advantage of cheaper oil prices. The country has a good tax base and the monetary margin to sustain growth. But it has to continue with reforms. China is slowing, cutting back on investment for its own good, as the time comes to raise rates in the U.S.

These are situations facing global economic super powers which inevitably affect the rest of the world. Brazil and Russia are clear examples of countries which have not done their homework well and where the situation is repeating itself. But the Asian emerging countries seem much better prepared to successfully pass the double exam consisting of an economic recovery in the US and a relatively fast slowdown in china. At least it seems they have learned their lesson better than in that turbulent summer of 1997.