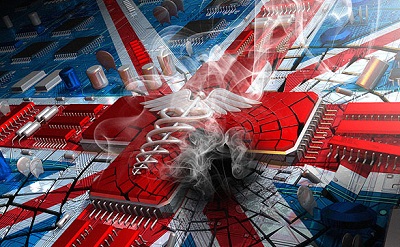 LONDON | The Confederation of British Industry said Thursday that household spending will remain subdued, with weak wage growth and unemployment rising to a peak of 2.86 million in the first quarter of 2013. The CBI published its latest quarterly forecast in a somehow hopeful tone, though, voicing prospects of inflation improving next year with further falls, and disposable incomes beginning to recover.

The business association pointed out that recent surveys have indicated uncertainty over demand is easing and, as a result, there will be a modest rise in business investment, growing at around 4% in 2012 and 5% next year. Export activity is set to see a small rise of 1.5% in 2012, but will be affected by lower levels of economic activity in the euro zone. It will increase by around 6% in 2013 as the global economic outlook strengthens, according to the CBI report.

The CBI expects GDP growth in 2012 will be 0.6%. This is a slightly lower figure from its forecast in February of 0.9%, a consequence of the preliminary calculations the office for national statistics recently released for quarter one. Despite this, growth prospects remain broadly unchanged for the latter half of the year and, in 2013, the CBI forecasts GDP growth to be 2.0%.

John Cridland, CBI Director-General, warned nevertheless that even if optimism among businesses has been increasing since the turn of the year,

“the global economy continues to pose a number of significant challenges. Concerns over euro zone stability are on the rise again, oil prices remain high and confidence among businesses and households are still fragile.

“We have always said that the path back to sustainable economic growth will be a long and difficult one, with many bumps along the way. To re-balance our economy towards exports and investment will take time and patience.”

Quarter-on-quarter growth is expected to be flat in the second quarter of 2012 (0%), affected by the impact of the additional bank holiday for the Diamond Jubilee. However, there will be an improvement in the second half of the year (0.7%, 0.5%), reflecting an improving global economy and an expected easing in inflationary pressures, plus a slight boost from the Olympics and a bounce back from the second quarter.

Be the first to comment on "UK unemployment and government borrowing to exceed forecasts, CBI warns"