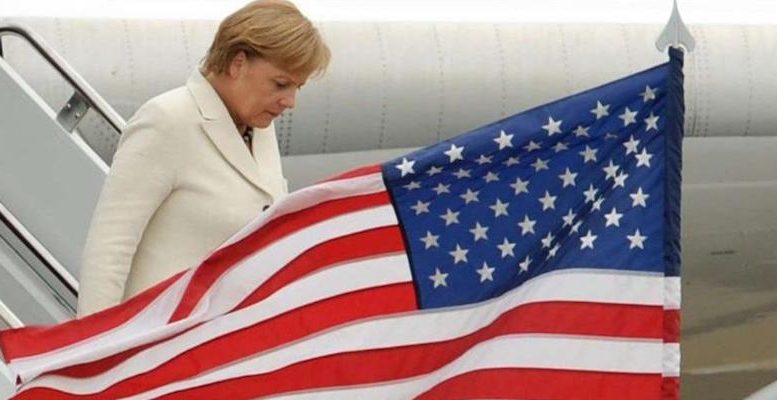 Production fell in all sectors of the German economy

The economic growth of both economies has fallen sharply in the second quarter of the year due to the coronavirus restriction measures. In Germany the cataclysm was expected, now it is official: the country was plunged into the deepest recession in post-war history. The contraction of Germany’s GDP in Q2 2020 has exceeded market consensus estimates, registering a quarterly decline of 10.1% vs projections of a fall of around 9%. This also makes the previous record of a 4.7% drop during the financial crisis in Q1 2009 seem small in comparison. On the other hand, its year-on-year rate saw a decrease of 11.7%, also exceeding the drop in the 2009 crisis. In addition, the jobless rate stood at 6.3% in July, equivalent to 2,910,000 unemployed, 635,000 more than a year ago. The German Federal Statistical Office Destatis linked the increase in year-on-year unemployment to the impact of the coronavirus. Analysts expected an unemployment rate of 6.5% in July.

Production fell in all sectors of the German economy, with the exception of the State, which expanded its activities during the crisis to save the rest of the economy from total collapse. Destatis noted that the quarter under review saw a sharp decline in exports and imports of goods and services. This was also the case in household consumption expenditure and capital formation in machinery and equipment by companies.

In the opinion of Martin Moryson, Chief Economist Europe at DWS, this would mean not only “the deepest recession in Germany, but also the fastest”, Moryson explains:

“However, the depth of the fall also shows that Germany still has a long way to go before everything returns to normal. We are still expecting the German economy to shrink this year by about 6% compared to 2019.

A view that is shared by J.J. Fdez-Figares, director of Link Securities research department:

“Although predictable, the fall in German GDP is nonetheless alarming, especially since the figures have exceeded analysts’ expectations by a wide margin.This means that Germany’s economy will have to start recovering from even lower levels than expected.”

But Morgan Stanley’s economists are more optimistic. The recovery demonstrated by the PMIs in May, once again at levels above 50 and supported by the fiscal stimulus, should translate into a strong rebound in Q3.

“The risk lies in the feared second wave of contagion. But what if the first wave had been in December without us realizing it, and in March it was already the second? So far activity has returned and returned strongly, with the miles driven by German trucks already at pre-pandemic levels. A good sign that infections can be controlled with selective lockdowns.”

On the other side of the Atlantic, in the US, forecasts also pointed to an unprecedented disaster for economic activity during Q2. The country’s GDP experienced its biggest contraction since the current historical series began in 1947: down 32.9% in annualised terms, slightly better than the estimated 34.5% drop.

All components of GDP were impacted in record-breaking magnitudes, with consumption down 34.6%.Other components of GDP were impacted almost as significantly. Private investment posted a 29.9% annualised drop. Meanwhile, imports and exports adjusted dramatically with exports down 64% (annualised) and imports 53%. However, the net contribution of trade to growth was 0%, only modestly down from the 1.6% boost to Q1 GDP. Finally, inventories reduced overall growth alone by 5% annualized.

According to Ranko Berich, head of Market Analysis at MonexEurope, this US contraction in the Q2 is the “starting point” for what will be “a long and potentially lagging recovery for the US economy”, especially when compared to peer economies facing more contained coronavirus epidemics.

The attention focuses now on Q3 outlook. David Page, Head of Macro Research en AXA IM, explains that they have lowered their outlook to +19% from +29% reflecting the re-emergence of the virus and fresh restrictions. For 2020’s GDP, they forecast a fall of 4.7% (from 4.5%), still more optimistic than the consensus -5.5%. Page highlights:

“With the unemployment benefit boost ending tomorrow – something that has provided significant income support so far – there is a risk that job losses now weigh more on household income raising the prospect of a more persistent slowdown.”

The US labour market also registered a new negative figure, with claims for unemployment benefits in the country increasing for the second consecutive week to 1.43 million between July 20-25.

Regarding to this market labour slowdown, Ranko Berich, thinks a slowdown in the pace of recovery from Q2’s lows has the potential to be particularly harmful for large swathes of the labour market connected to leisure and hospitality.

“Of the 4.8 million workers re-hired in June, just under 3 million were connected to these sectors. Given the likely slowdown in the recovery, there is a high risk that many of these workers will face more permanent redundancy, creating greater scarring in the labour market and a bigger headache for the FOMC.”

Other influential western economies, Spain and France, have today accompanied the two great locomotives in the dramatic fall in their economic activity. Preliminary GDP in Spain has contracted by 22.1% compared to an estimated drop of 19.7% and a decline of 4.1% previously. In inter-quarterly terms, the fall is 18.5% versus an estimated drop of 16.6% estimated and compared with a previous 5.2% decline. In short, very negative data and the worst of the historical series.

According to Bankinter’s analysis team, “Spain will suffer an unprecedented impact, but it will probably be less than estimated by the main institutions. We estimate that the economy will contract this year by 7.1%.”

As for France, in year-on-year terms economic growth has contracted by 19% compared to an estimated 20.0% drop and compared with a 5.7% decline previously. In inter-quarterly terms, the fall is 13.8% versus a 15.2% estimated drop and a 5.9% decline previously. This is the worst record in the whole historical series (it has existed since 1970). French GDP has suffered an unprecedented and considerably worse shock than the German economy.