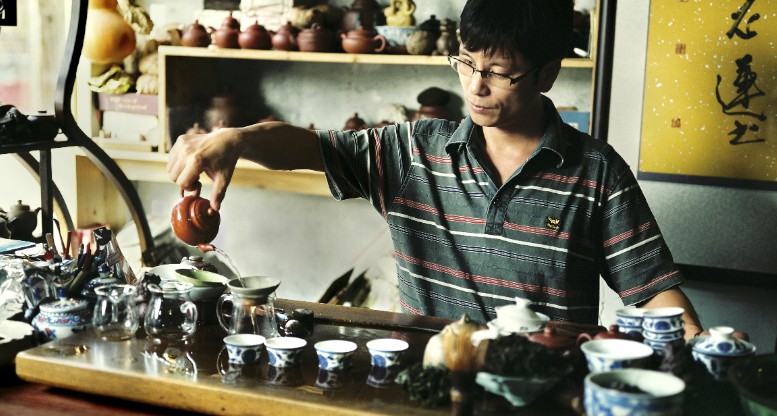 The Central Economic Work Conference held from December 9 to 11 has set the tone for economic policies for the next year, which, unsurprisingly, continues to focus on maintaining growth and promoting reform.

There are three points worth noting in the official report of the conference.

First, it states the central government plans to stabilize economic growth with a more proactive fiscal policy and a looser monetary policy. The conference set forward five primary tasks in an economic platform for next year, with one of them, “striving to keep the economy stable and growing.” This is clearly the paramount goal. It also says,

“The downward pressure on the economy has increased…and some economic risks are beginning to surface.” The statement shows that the central government thinks current economic conditions are worse than in previous years.

The report from the conference still says that fiscal policy will be proactive and that monetary policy will remain prudent, but it adds, however, for the first time, that the

“proactive fiscal policies must be forceful and monetary policies must put more emphasis on reaching a balance between tight and loose.” This is worth attention because such a statement has never been made before.

In this context, it clearly indicates the central government wants fiscal policies to be more than just “proactive,” and its monetary policies will be looser than before because this year, it has repeatedly said the real economy was struggling with financing. By stressing that next year’s prudent monetary policy also needs to keep a “balance between tight and loose” it is saying that the previous policy has been too tight.

Second, the conference defined a “new normal” – a concept used by the central government this year to describe the adjustment to slower economic growth.

Six aspects of change to economic policies are cited, and it represents the first time Beijing has explained the concept in detail. It says the “new normal” is characterized by 1) diversified and customized goods and services becoming mainstream consumption; 2) interconnected infrastructure and investment opportunities in new technologies, products, industries and business models; 3) industrial consolidation and upgrades in oversupplied areas; 4) improving human capital and advanced technologies that drive growth; 5) a shifting of focus in competition from quantity and price to quality and diversification; and 6) the establishment of a unified, transparent and well-regulated market.

These six points can also be viewed as the direction in which policymakers want China’s economy to follow.

Thirdly, the conference said there will be reform measures that “can contribute to institutional arrangements in the long term while also complementing the uniqueness experienced in the year.”

This is a very novel expression. It suggests that what policymakers believe are priorities for next year will determine economic policy.

In my view, the Silk Road Economic Belt and 21st Century Maritime Silk Road initiatives, the economic integration of Beijing, Tianjin and Hebei Province and the development of regions along the Yangtze River are going to characterize next year’s economic policies. Also, as the conference agenda required, reforms to the rural land system will feature heavily in next year’s policy framework.

The policymakers seemed to have not been too concerned about real estate, local government debt and deflation, because all three of them were not mentioned in the conference report. Of course, it does not mean they have not been tracking developments in those fields. Next year, regulations in the property sector are expected to remain loose, local government financing platforms will come under more scrutiny and deflation will not happen as long as the pro-growth policies work.

We adhere to our forecast that the country’s GDP growth rate would be 7.4 percent this year and 7.2 percent the next. The Ministry of Finance will budget for an even greater deficit from this year’s 1.35 trillion yuan to nearly 2 trillion yuan, and the central bank will cut interest rates and the reserve requirement ratio to encourage lending.

*Xu Gao is the chief economist at Everbright Securities