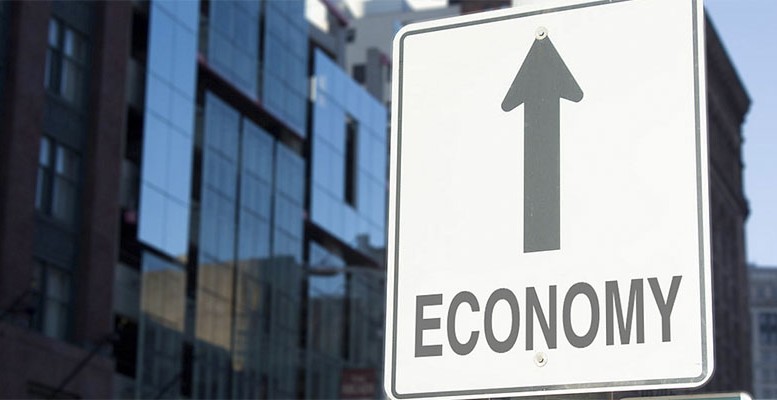 Ravi Kant | In economic theory, “one person’s spending is another person’s income,” which drives aggregate demand in the economy. Often, this cycle breaks due to flawed economic policymaking that ends in economic crisis. The global economy has always been susceptible to financial upheavals that have brought economic hardship. Although a global crisis creates impediments for the economy to grow, at the same time it requires a change in the economic paradigm.

Despite of what we have learned from the most recent economic crises, the world is still in recession. The global economy’s recovery pattern is fragile. Financial flows and excessive debt have dominated many economies since 2009, and there is a prevalence of a volatile and decelerating global gross domestic product (GDP) growth rate. Brazil, Japan and half of Europe are already moving in the recessionary phase.

The reason why the global economy is still struggling to recover from the last financial crisis is because there are many economic policy misreadings. These need to be corrected by alternative policies. If this is not done, we will keep lurching into crisis after crisis.

First of all, fiscal austerity and tightening does more harm than good. A majority of the financial crises stem from the credit crunch. Often, economists advocate for fiscal tightening and austerity measures in time of crisis. But austerity reduces GDP growth and fiscal revenues, and increases unemployment rates, which in turn creates anarchy in the economy; it brings economic contraction rather than recovery.

In fact, John Maynard Keynes remarked during the Great Depression that demand is an important determinant for economic activity, and that austerity will not bring economic recovery as it reduces private income and market demand that moves people out of jobs.

It is the expansion of public expenditure that channels employment and activity in an economy. In 1937, Keynes wrote: “The boom, not the slump, is the right time for austerity at the Treasury.” Episodes from economic history also prove this. After World War I, the United Kingdom suffered from high debt. In order to pay it off, it implemented harsh fiscal austerity and tight monetary policies that led to a deceleration in GDP, high unemployment and high deflation.

The present crises in Greece and Puerto Rico are classic examples which prove that austerity measures do not serve the purpose. It is high time policymakers reconsider these brutal policies.

First, a timely withdrawal of fiscal stimulus packages is necessary. Fiscal stimulus packages were advocated by Keynes on the grounds that governments can help revive the economy out of a recessionary phase by expanding their spending to steer an economy. These stimulus packages create multiplier effects on the economy by channeling more investment on productive employment-generating activities by the government. This leads to the creation of more jobs, which reduces unemployment and increases income, thereby boosting consumption and demand in the economy. This demand has an effect on producers that compels them to produce more for the market. When this cycle continues, it restores confidence and economic growth.

However, we should not forget that the timely withdrawal of a fiscal stimulus package is also necessary. Once the economy revives, stimulus packages should be withdrawn lest they create a fiscal deficit burden on the government in the long-run that can adversely affect taxpayers, making the recovery unsustainable.

A continuous and excessive dependence on monetary policy increases the probability of economic catastrophe in the long-run. The global economy indicators are in flux, and it has now been seen that excessive reliance on unconventional monetary policy such as those pursued by the US Federal Reserve since 2008 creates room for financial risks and propels us toward a secular stagnation—a period of no or negligible growth.

Six years after the last global financial crisis, a zero interest rate policy and quantitative easing have done more harm than good by creating negative externalities for emerging economies. It is now evident that such policies have triggered risky behavior that makes us vulnerable to another form of economic crisis. The global economy is vulnerable today, and the retreat of quantitative easing and zero interest rate policy by developed economies will suddenly trigger capital flight and massive depreciation for currencies in emerging economies.

Capital inflows represent a euphoria that turns into peril in the long-run. Time and experience have proved that booms based on capital inflows or hot money will sing laurels for the economy in the short-run, but will prove to be a malevolent medicine for growth in the medium- or long-run. Graciela Kaminsky and Carmen Reinhart have proved that a boom fueled by credit and capital inflows is followed by an economic crisis as soon as there is a change in international interest rates. Raghuram Rajan, too, has called the investors who insert this “hot money” into the economy fickle-minded, turning away when international interest rates rise.

In 2013, the mere announcement by the United States that it would curtail its quantitative easing programs gradually created havoc in many emerging economies. It has also been established in economic theory that a large amount of current account deficits is a byproduct of a surge in unregulated capital inflows. Hence, merely depending upon and entertaining these capital inflows for growth is unsustainable.

Financial deregulation poses a threat of financial crisis. Time and again, we see that crises are a result of poorly designed and deregulated financial markets that fuel excessive risky behavior. Gabriel Palma has argued that the 1982 Latin American debt crisis, the 1994 Mexican crisis and the Asian financial crisis in 1997 share common characteristics of endogenous market failures that resulted from under-regulated and over-liquid financial markets.

In 2011, The New York Times reported that according to the Financial Crisis Inquiry Commission, the financial crisis was avoidable. The commission report stated that widespread failure of government regulation, Alan Greenspan’s advocacy for deregulation, and the failure to recognize the flow of toxic mortgages and excessive risk-taking behavior by Wall Street caused the financial crash.

Anton Korinek and Jonathan Kreamer have also demonstrated that deregulation allows greater risk-taking ability that leads to higher expected profits, but at the same time greater risk-taking behavior leads to greater occurrence of losses, which can create a credit crunch that will lead to severe side-effects for the economy.

Hence, a robust and unbiased regulation of financial markets is the need of an hour that stops excessive risk-taking behavior, prevents systematic risks, halts fraudulent behavior of the equity and derivatives market, encourages greater transparency and creates accountability. A robust regulation will push “too big to fail” institutions to behave responsibly and will prevent collapses like Lehman Brothers, Bear Sterns and so on. If that is not done, we will keep lurching into crisis after crisis.

Toward a Balanced Growth Model

It has now been seen that an overreliance on an export-led model of growth can act as a deterrent to economic growth in the long-term, especially when the global economy is vulnerable to crisis. This model of growth compels one to be competitive in the market, which results in suppressed wages, increased inequality and deviates the economy from creating domestic demand. Moreover, if all countries followed this growth model at the same time, it would lead to a zero-sum game situation, so there is always a first-move advantage in such a model.

This type of strategy also forces the home country to finance the deficit of a foreign country that represents the export market for the home country via capital flows. That is why China was the largest buyer and investor for US treasury bills. Instead of perceiving high wages, high employment, welfare and better working conditions as a byproduct of an export-led growth model, these should be the central focus in economic policymaking via a more inclusive growth model.

History has witnessed many problems related to sovereign debt defaults, and the global economy can learn a lot from it. In those days, when governments were unable to pay their loans, debt restructuring and debt write-offs were the norms that helped the economy to pick up. For example, studies by the International Monetary Fund (IMF) have showed that debt restructuring was used by many advanced economies in the interwar years to come out of debt crises.

However, in the present epoch, when emerging and developing markets are encountering debt-default problems, it is being dealt through channels of growth and high fiscal austerity measures, which does more harm than good. Research has proved that the economic landscape of debtor countries improves significantly after exercising the debt write-offs option compared to softer forms of debt relief, such as maturity extensions and interest rate reductions.

Hence, debt restructuring and debt write-offs can play a significant role in bringing countries out of debt crises. But many other scholars argue that following this approach to solving debt sustainability issues can lead to a problem of moral hazard. Moral hazard is a universal truth in any financial market. We should not forget the fact that moral hazard is not only directed toward the debtor, but also the creditor. Creditors believe that if debtors fail to pay their debts, the IMF is there to bail them out, fueling risky lending to borrower nations.

Therefore, creditors cannot always claim themselves as victims. Instead, they should focus more on improving, comparing and constructing better models of project evaluations and an internal credit rating model that will prevent such episodes in the future. Such episodes of debt-related crises should bring better regulations and models to evaluate the lending mechanism. If that is not done, we will continue to watch these moves again and again.