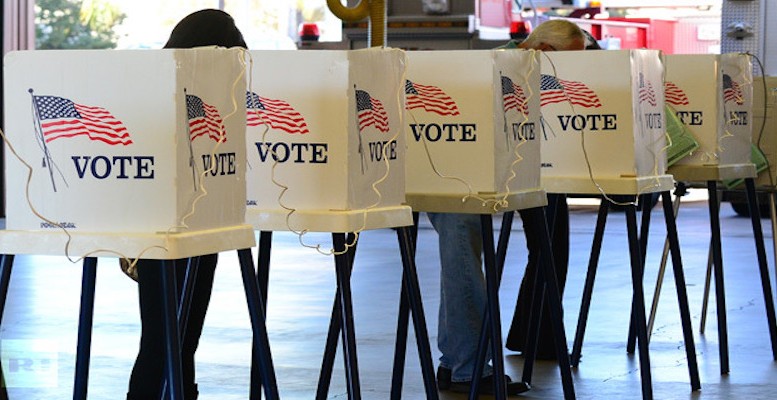 Caixin | The campaign for the U.S. presidential election in November that is well underway is creating uncertainty for Sino-U.S. relations because no key figures in the incumbent administration are running.

U.S. President Barack Obama’s eight years as the 44th president of the United States have been rife with geopolitical challenges and ups and downs in relations with China. The 2008 financial crisis not only exposed flaws in the global economy, but also exacerbated Sino-U.S. tensions, largely the result of a lingering trade deficit in favor of China as perceived by the Americans.

As China rises in prominence in the global economy, it has sought a bigger say in governance via multilateral mechanisms such as the G-20 and the International Monetary Fund. Beijing has also launched new international institutions, such as the Asian Infrastructure Investment Bank and the New Development Bank, which involves the BRICS countries. In Washington’s eyes, these moves could be seen as challenges to its long-term dominance of global affairs. China’s rising military clout has also triggered fear among its neighbors, many of whom are allies of the United States.

Against this backdrop, the Obama administration came up with the “pivot to Asia” policy in a bid to consolidate its leadership in the Pacific. However, its resources have been overstretched by the crisis in Ukraine, conflicts in the Middle East and the rising threat of the Islamic State. As such, Obama’s administration has been under fire for a failure to put in place more proactive foreign policies. For these reasons, we expect Washington to overhaul its policies regarding China regardless of whether a Democrat or Republican wins the election.

In the meantime, the American perception of China has soured. A report that the Washington-based Pew Research Center published in September said that more than half of the U.S. public held a negative view of China in 2013; this contrasts with the generally positive view of Beijing in the previous few years. All of this will be reflected in the election campaign.

Candidates will focus on domestic affairs, but they will also touch upon issues involving China, such as their country’s trade deficit and job losses. Bernie Sanders, a crusader for labor rights and social justice, and Donald Trump, who has fanned xenophobia, have both taken China to task over issues such the South China Sea, cybersecurity and climate change. The Republican Party, which is known for its hard-line mindset, has stressed the need to contain China militarily. Republican candidates Marco Rubio, from Florida, and Texas’ Ted Cruz have both taken a hawkish stance on China.

However, this does not mean they are bent on antagonizing China, and in fact many politicians have all but admitted that they need to cooperate with us. While the Democrats stress the need to work with China on climate change and trade, the Republicans have also acknowledged that China is indispensable in addressing security issues, including efforts to denuclearize the Korean Peninsula.

In an increasingly globalized world, where countries are more interconnected than ever before, most Americans want win-win situations and disapprove of conflicts. Political diversity and the U.S. system of checks and balances will mean that those who subscribe to some extreme school of thought will find it difficult to gain the upper hand. No matter how radical their views might be, the candidate who eventually takes office will have to find middle ground so sensible dialogue can take place. It is understandable that politicians try to sensationalize certain issues to attract votes, but once they form an administration to set and implement policies, they will become more moderate to accommodate different interest groups.

As geopolitics continue to be transformed, particularly as China becomes more proactive in shaping the world order, the Sino-U.S. relationship will become more complex. Economically, both countries are more interdependent than in decades past and continue to compete with each other. But on the political front, their differences could become so acute that communication will be more difficult at times, even though they are willing to talk often.

This demands that both nations work hard to cultivate peace. Chinese leaders apparently understood this challenge when they proposed “a new type of major-country relations,” a win-win relationship built on mutual trust and responsibility in global affairs.

However, to avoid the “Thucydides trap” – a war between emerging and established powers – both countries must go beyond good will. They should face up to their fundamental differences and work out effective solutions. They should be particularly wary of the mistrust and hatred that lie beneath nationalistic sentiment in both countries. Nationalism has no doubt made a comeback worldwide as a result of rising economic and social tensions. Even in the United States, which benefits greatly from globalization, complaints can be heard about unemployment and the widening wealth gap. That has contributed to the phenomenal rise of the likes of Trump who call for trade protectionism and limits on immigration.

In China, nationalism, mixed with a heightened Cold War mentality, painful memories of humiliation linked to past foreign aggression and newfound pride, sometimes becomes too contagious to control. We need to develop a way to ease such negative sentiments sensibly before it is too late.

During his visit to the United States 37 years ago, paramount leader Deng Xiaoping helped create the international conditions necessary for China to undertake reform and opening up. China is once again at a critical juncture because it still needs peace abroad so that it can continue with reforms and explore new modes of development.

The Sino-U.S. relationship is the most important in the world. China can certainly use the election to understand how the American people view its influence. Sensible solutions to thorny problems can only be devised by knowing yourself and your competitors