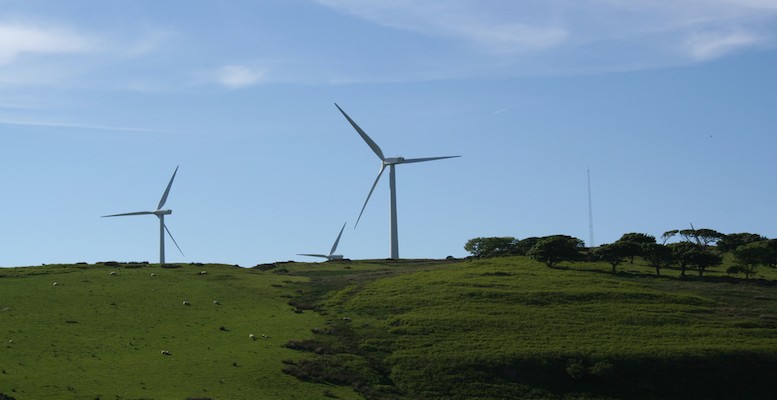 Eusun Cho | Leading up to the Independence Referendum in 2014, one way Scotland sought to differentiate itself from the United Kingdom was through its environmental policy. The Scottish government published a draft interim constitution that separated out the government’s duty to protect the environment in a separate clause. The government also published a report that listed the potential environmental benefits of independence.

Scottish citizens seem to be fully aware of their government’s strong commitment to environment protection. In a public poll that asked whether independence will have a positive or negative impact on the Scottish environment, with options to say “no effect” or “don’t know,” 50% answered “positive.”

Scotland’s pursuit of green future is chiefly propelled by effective utilization of the resources and a high level of social cohesion. The implications of the Scottish example apply to many countries, where the effort to protect the environment is stalled in a political deadlock or shadowed by public negligence.

Environmental policy is one of the areas in which the legislative authority is largely devolved to the Scottish government from the UK government. Since 2000, Scotland set out to develop renewable energy strategies by collecting Scotland-specific data and designing its own energy strategies. Recognizing the massive wind energy potential, the government began to methodically develop the wind energy sector by funding research at universities, promoting industry-academia partnerships, and promoting wind farm constructions. Coupled with the UK government’s subsidy to wind farms—now facing the possibility of termination—these policies made Scotland the most attractive spot in the world for renewables investment.

The initial Scottish targets for renewable energy were humble. In the early 2000s, the goal was to generate merely 18% of total electricity consumption by 2010, and the government was still testing the idea of 40% renewable electricity by 2020. But with rapidly increasing renewable capacity, Scotland exceeded the 18% target in 2007 and gradually raised the bar for 2020, first to 80% in 2010 and then to 100% shortly after.

The renewables evolution is still ongoing. From 2012 to 2014, the share of renewable energy in total electricity consumption jumped from 39% to 49.7%.

The Forces Behind the Push

To be fair, Scotland hugely benefited from its natural endowment and the Scottish National Party’s (SNP) dominance in the parliament. Home to 25% of the European Union’s offshore wind resource, Scotland meets 66% of the entire renewable energy through wind. According to the Scottish government, the country also has 25% of Europe’s tidal potential.

The continued election victories of left-leaning parties were another factor that allowed the implementation of these renewables policies. After the Labour-Liberal coalition government set the earliest targets in the early 2000s for decreasing carbon emission, the SNP has magnified the scale of investment into renewables. The Conservative Party takes a quite different view, arguing against wind farms subsidies, rejecting the viability of the 100% renewable electricity plan, and supporting a greater use of nuclear power. But with the parliamentary majority firmly in grip of the left-wing since 1999, the Scottish environmental policies could continue without a threat of backtracking.

But the sense of immediacy in combating climate change crosses party lines. Despite its disagreement with the SNP on many environmental policies, the Conservative Party is also onboard for a low-carbon future. Recognizing climate change as a grave environmental, security and economic threat, the Conservative Party publicly acknowledges the SNP government’s green achievements and manifests commitment to environmental sustainability. The unanimous passage of the Climate Change Act of 2009, which promised a 42% reduction of carbon emissions from the 1990 level, epitomized such cross-party support.

The Scottish public’s somewhat distinctive idea of “progress” is also worth noting. Aside from 60% of the population who thought that social, economic and environmental factors should have equal weight in measuring progress, 26% said that progress should be measured mostly based on social and environmental criteria. The perceived close link between healthy environment and progress hints at how Scotland could steadily reinforce its renewable energy commitment.

Of course, there is criticism regarding the viability of the 100% renewable electricity goal. Following the SNP government’s vigorous expansion of wind power was a reduction of fossil fuel power plant capacity. The party also staunchly opposes keeping nuclear power in Scotland’s energy mix. Some experts argue that the current strategy of relying almost exclusively on wind sources will turn Scotland into a net energy importer and deepen its reliance on England.

Indeed, the possibility of a nuclear-free future seems debatable. The renewable electricity target itself is not a fantasy: Uruguay draws 95% of its electricity from renewables, and Denmark’s succeeded last year in temporarily generating 140% of its national electricity demand from wind power.

But for a long-term supply, there needs to be a stable source of energy not easily affected by external factors such as weather. Although the Scottish government claims that the Carbon Capture and Storage (CCS) technology will replace the need for nuclear power, CCS is a costly option—the full cost of capturing carbon, storing it underground and monitoring is not even quantifiable yet.

It is yet to be seen whether Scotland will actually succeed in any of its renewables targets. Still, takeaways from the Scotland’s example are clear. First, long-term policy planning and cross-party cooperation have spearheaded a stable and steady progress in increasing renewables capacity. Meanwhile, the high priority that environment enjoys in the public discourse and the strong public demand for proactive environmental policies have also kept the issue of environment protection from petty bickering and politicization for a sustained period of time.

It is the favorable natural conditions that make the ambitious goal of powering the nation only through renewable energy a possible scenario. But without the sense of mission to protect the environment and the high level of public awareness, the scenario would never have turned into a national policy scheme.