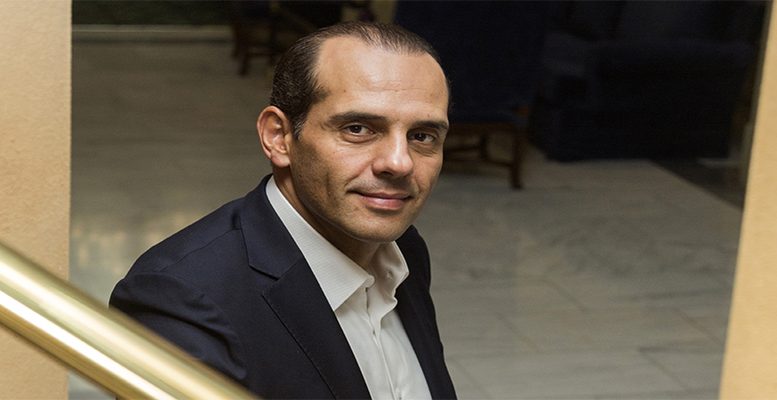 Mari Pinardo | An advisor to the Democratic Party for years, and so well aware of the twists and turns in US politics, Juan Verde is still perplexed by Donald Trump’s victory. Fearful of what the new administration means for the US economy, he doubts that Trump has the capacity to develop the promised infrastructures plan and warns of the risks inherent in an “inward looking” trade policy.

Q: Up to now it seems like the markets are fairly calm, perhaps because Trump has chosen people for his team who come precisely from the ‘establishment’ (JP Morgan, Goldman Sachs..). Would a Clinton government have chosen people from the investment banking sector in the US?

A: We are facing a new world order, a new diplomatic and trade scenario, which could be fairly dangerous for the world if, as Trump proposes, the US becomes inward looking. If we start to talk about protectionist policies in the US, for example, with tariffs of 35% for China, 25% for Mexico…These are both countries which will not take this lying down, there will be a trade war. All the free trade pacts are being questioned.

Q: One of his proposals is to cut the capital requirements for the banks. Can the US lenders tolerate lower demands?

A: Never before had we had two candidates with such different view on so many issues. One of matters on which they did not agree was this. My own view is that we have just gotten over the worst economic crisis in history after the Great Depression of the 1930s, a crisis which to a large exent was fuelled by the lack of regulation in the financial markets. We had lost our way, so Obama implemented a very important financial reform, the only objective of which was to prevent future crises. So are we once again expecting the banks to self-regulate? I don’t think that is a good idea.

Q: The US has always been very independent as far as banking requirements and regulation is concerned. Do you think that’s fair when it’s the country where the crisis largely originated?

A: The Democratic party was a supporter of greater integration, greater collaboration, with a philosophy based on the premise that we have a lot to gain if we collaborate, look for common standards, strategic alliances. The Republican model is the opposite as it advocates saying no to multilateralism and yes to bilateralism. I believe that is dangerous because you have to choose winners and losers, but above all because you lose big opportunities to find common denominators for everything.

Q: Can the US now support the fiscal policy proposed by Donald Trump?

A: You don’t have to be a Nobel Prize-winning economist to realise that the figures don’t add up. You can propose the biggest infrastructure plan in the history of the US – which is actually something we agree with him on – but how do you pay for it? Who is going to pay an infrastructure plan like this if taxes are lowered? We had a plan for costing it: a 1% tax which is the owner of 90% of the wealth in the US. We have seen greater inequality over the last 50 years, the middle class is the one which is really suffering from the impact of the crisis. It doesn’t make sense for Warren Buffet to pay less tax than his secretary, it’s not coherent. That’s what we tried to rectify, and it did allow for revenues to be raised to finance investment plans.

Q: How does Trump’s infrastructure plan differ from the one proposed by Hillary Clinton?

A: It’s a very interesting idea because the first thing someone who has travelled from New York to Washington or Boston sees is that the trains are the same ones as we had here in the 1970s. There is a huge need to implement a major infrastructure plan, which would be a good driver for an economy recently emerged from a crisis, reinvigorating this middle and working class which has been affected by it. We advocate an infrastructure plan which also includes renewables, energy efficiency and bets on a sustainable economy because this means betting on innovation, education, entrepreneurship and human knowledge which in the long run is what gives you a competitive advantage in the XXI century. Trump is proposing that iPhones be made in the US, and that is never going to happen because one would cost the buyer 3,500 dollars. It doesn’t make any sense. What does make sense is that the intelectual property of the iPhone and the engineeers who are going to work on the next ‘apps’ are Americans, as well as the new Facebook or the new Uber. At the end of the day, what does makes sense is that the companies which totally change the world are American. But this is not achieved by building bridges. That you also need the bridges, but not really. What you need to do is to fix the ones you have from the XX century.

Q: What will happen with ‘Obamacare’ in which double the amount of money  than in Europe has been invested to provide health care for half the number of people? What’s going wrong?

A: The problem is a serious one. ‘Obamacare’ has meant a before and after for millions of people. What Obama created was not a universal public health plan for 350 million people. He simply wanted the government to pay for the public health services for those 46 million who can’t pay. Trump is proposing to replace it and we don’t know with what. The US’ problem is that we are the nation which invests the most per capita in healthcare, we are number 14 in the rankings in terms of quality and we have the highest protection indices. So there is a major problem here. Trump doesn’t offer solutions, but merely wants to eliminate this measure only to return to the original problem.