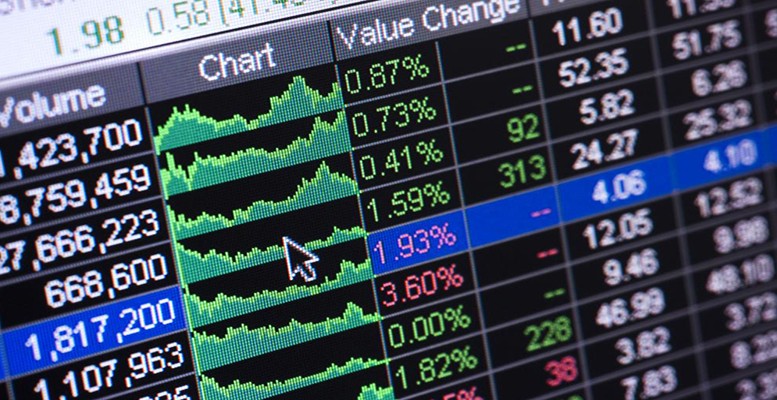 Yue Yue and Zhang Yuzhe via Caixin | A decision to relax corporate bond rules sparked a surge in new issues as well as fears of risk in a less-supervised market. But some observers say a government push for marketization that eased regulations early this year and sparked the bond market’s current fire may have encouraged investors to accept too much risk.

The boom began in June, just before a wave of stock sell-offs in July and August plunged the Shanghai and Shenzhen bourses to their lowest index levels since 2007. In fact, some analysts say the bond-buying spree and stock sell-off underscored an investor shift into the former and out of the latter.

The value of new corporate bond issues hit a single-month record of more than 100 billion yuan in August, or about 72 percent of the issues last year, according to financial data provider Wind Info. These added to 93.2 billion yuan worth of medium-term notes sold by companies and 19.5 billion yuan worth of so-called enterprise bonds issued by state-owned companies on the interbank market.

Property developers issued about half of the 500 billion yuan worth of corporate bonds sold between January and September 1, Wind Info said. These developers raised only 23.5 billion yuan by issuing bonds in 2014.

Local government investment vehicles accounted for another one-fifth of all issues through August.

Some brokers were surprised by the sudden summertime flurry of investor demand for bonds, which have been offering yields of between 4 percent and 7 percent for three- to five-year paper.

“Corporate bonds recently sold out very quickly,” said a manager of a corporate bond business at a Shanghai-based brokerage who asked not to be named. “This was rare in the past.”

Yet, some analysts say this rare development may bring unpleasant surprises. They argue that investors might have been left vulnerable to excessive risk after the China Securities Regulatory Commission (CSRC) changed its rules and paved the way for more bond issues.

Critics say the CSRC effectively weakened supervision of the corporate bond market in order to promote marketization. As a result, they say, some recent bond issuers may have pushed dangerously low-quality paper into investor hands.

“Different standards (set by regulators) for bonds issued on the interbank market, stock exchanges and for the government-approved enterprise bonds may have left room for regulatory arbitrage and risk accumulation,” said a fixed-income department manager at a securities firm who asked not to be named.

Default risks are indeed rising as the amount of money invested in corporate bonds balloons, said a source at the National Association of Financial Market Institutional Investors (NAFMII), which regulates the interbank bond trading market.

The CSRC issued the regulations that sparked the bond market fire in January. The rules gave investors wider access to bond issuers and simplified issuance approval procedures – a simplification process that is part of the central government’s effort to let market forces play a larger role in bond trading.

The new rules took effect in April for bonds issued through the Shanghai and Shenzhen stock exchanges. They give companies not listed on a stock market permission to issue bonds for the first time. And firms seeking CSRC approval to issue bonds through stock exchanges have found new application procedures vastly streamlined.

In fact, said the brokerage source, it can now take less time to win approval for a corporate bond issue on a stock exchange than for a bond issued through the traditional interbank market.

Corporate bonds now being issued through stock exchanges include private placements for institutional investors, public issues open to all investors and issues open to select groups of public investors.

An employee of the Shanghai Stock Exchange whose office handles corporate bond issues said the government’s decision to relax oversight was chiefly aimed at eventually “letting the market handle everything.”

And “everything” apparently includes the equities market, which has long been saddled by an application process for companies seeking initial public offerings. Critics of this process argue it is too bureaucratic and inhibits market forces.

A brokerage manager in Shanghai who asked not to be named said the latest rules for bonds will be a litmus test for a possible future reform of the IPO process. The reform could introduce a simple registration system that replaces the current complicated application review system.

In January, regulators also relaxed financial requirements for bond issuers. For example, private placements are no longer subject to a clause in the 1998 securities law that limits the value of all outstanding bonds to no more than 40 percent of a company’s net assets. Only firms issuing bonds to the public must still follow this requirement.

Some bond market analysts are advocating completely doing away with the 40 percent cap, which was put in place when the country’s credit environment and bond market were young. “As the market improves,” said one analyst, “this regulation should be revised.”

“Institutional investors have the capacity to make decisions based on the liability ratios” of bond issuers, which prevents them from “issuing too much,” said a source close to one of the stock exchanges.

Supervisory easing has also opened more fundraising doors for local governments that operate quasi-public financing platforms. The latest regulatory tweak bans these platforms from directly selling bonds but does not stop their subsidiaries – including those with the power to sell and profit from government-owned land – from issuing bonds.

These subsidiaries have proved handy for platforms that had been eagerly seeking new ways to finance public infrastructure projects and pay down debt, including money owed since the 2008 financial crisis.

NAFMII is in charge of conducting background checks on bond-sale applicants, one knowledgeable source said. The process includes examining applicant financial records and ensuring applicants are not on a black list of local government financing platforms put together by the China Banking Regulatory Commission. The stock exchanges also check the list to prevent bond issues by platforms.

“It seems there’s no chance for (local government financing) platforms,” said the source. “But actually, there are.”

The new regulatory environment has also favored bond issues by property developers. The groundwork for this recent money-raising was laid in 2014 when NAFMII gave property developers the green light to sell domestic bonds as a lower-cost alternative to overseas bond issues, the Shanghai brokerage manager said.

The CSRC also gave a boost to property developers not listed on a stock exchange, since the January rules adjustment made it easier for unlisted companies to issue corporate bonds.

Along with good news for developers, however, are not a few words of caution for investors from experts such as Jiang Chao, chief analyst at Haitong Securities. He warns investors that some property developers could default on their bonds within three to five years.

A manager at Shenzhen-based First Capital Securities said his firm has had to deal with the defaults of at least six issuers of privately placed bonds since 2014.

Financial reports for the first half of the year issued by the country’s 142 publicly listed property developers point to a tough environment. The reports show the companies’ combined average debt-to asset ratio is 76.8 percent. Debts exceed assets by at least 70 percent for some 40 percent of these companies.

“The risk is considerable,” said the First Capital manager.

Others warnings to investors are coming from market watchers who say bond issuers may not be providing enough financial information to foster sound investment decisions. They say bond market mechanisms for information disclosure are lacking.

The NAFMII source, however, defended his agency’s guidelines for bond issuer information disclosure, calling it a step above what the stock exchanges require from companies. For instance, he said, bond issuers are required to spell out for investors all of the details of their fundraising activities and disclose any links to government debt.

NAFMII also tries to control risk by means of an in-house agency that monitors the ability of bond issuers to repay debt and has the power to inspect projects financed through bonds.

Another caution flag has been raised by stock exchange employees in charge of supervising corporate bond issues. Ever since the CSRC’s easing, they said, their offices have sometimes been overwhelmed by the number bond applicants.

An employee of the Shanghai Stock Exchange said only 30 people have been assigned to review the issues waiting to be processed at any one time since June. Some of these workers are new hires who lack bond market experience.

“Some applicants who were not approved for an interbank market issuance were quickly approved by exchanges,” the employee said. And stock exchange reviewers with little time to study applications merely rubber stamp NAFMII decisions.

In fact, though, the stock exchanges are not legally bound to provide extensive risk control. That job is left to each investor.

“It’s stated clearly on the first page of each prospectus that a corporate bond issuance doesn’t represent the exchange’s recognition of the issuer’s investment value,” the employee said. “Investors should judge for themselves.”